Celebrating its sixth year, the Bentonville Film Festival is a favorite annual event for locals and visitors who come from all over the country to enjoy independent-film screenings, interview panels and a few celebrity sightings. It was co-founded by Academy Award Winner Geena Davis and Inclusion Companies CEO Trevor Drinkwater to promote underrepresented filmmakers including female, LGBTQ, people of color and people with disabilities. For fans, it’s a chance to explore non-traditional, thought-provoking movies. For developing filmmakers, it’s an important opportunity for exposure and recognition.

“I think festivals like Bentonville’s are so important to the conversations that we’re having in America right now,” The Subject director, Lanie Zipoy, says. “Bentonville Film Festival is such a necessary part of the industry’s ecosystem and of what we’re going to do next.”

The 2020 festivities might look different this year with a more virtual component, but the show does go on. Due to COVID-19, this year’s event was rescheduled from its usual April/May dates to August 10-16 with a mixture of drive-in and virtual screenings. For more information, visit bentonvillefilm.org.

AY About You talked with three talented movie directors participating in this year’s event. Between the three, they explore strong topics including transgender phobia, sexism, colorism, immigrant assimilation, racism, privacy rights, relationship conflicts and the beauty of family and friendship. 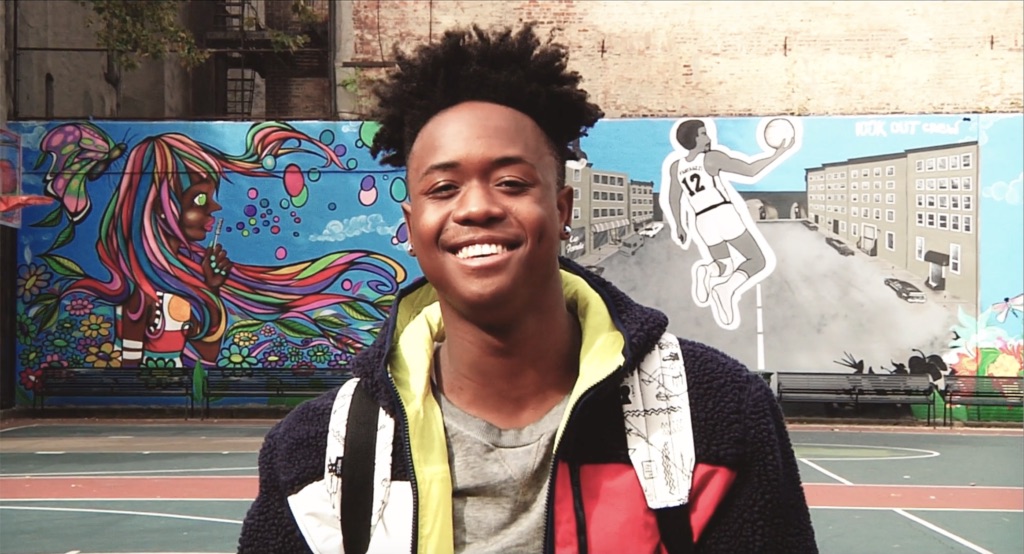 Courtesy of The Subject movie.

The Subject follows Phil Waterhouse, a successful white documentary filmmaker as he deals with the fallout from his last film, which caught the murder of a black teen on tape. While working on his newest documentary project for a major TV network, someone films Phil’s every move, threatening his idyllic life.

The main character is played by the talented Jason Biggs, known for Orange is the New Black and American Pie. His character is plagued by guilt and what-ifs after he witnesses and inadvertently records a black teenage boy get killed while filming him joining a gang. Director Lanie Zipoy explains you don’t have to be a documentary filmmaker like the character in this movie to wonder what you would do in his place. “We all have cameras on our phones,” she notes. Would you start filming it? Would you jump in to try and stop it? Would you seek safety? It’s hard to make the right decision sometimes when you don’t have time to think, and you act on your gut impulse.

Although the storyline was written 10 years ago by screenwriter Chisa Hutchinson, the movie’s release this year is timely. “The story had been on Chisa’s mind for a long time,” Zipoy explains. “We filmed not knowing that it would be coming out at this moment in time, but I have to say it can add to these conversations and be a helpful tool to help us unpack issues that we’re having right now — from white saviorhood to white supremacy — but in a way that people can relate to.”

Zipoy has been a lover of films since she was a 5-year-old begging her mom to take her to see Kramer vs Kramer. “When I was young, I loved movies that grown-ups loved,” she says, recalling how the movie gave way to a natural conversation afterward, where she (as a child of divorce) was able to share her thoughts and feelings with her mother. Today, her goal is to create films that will inspire deep thought. “We’ve been to two festivals so far with this movie, and the feedback has been that people are still thinking about it days after,” she shares. “My hope is that we get this film out into the world and have continuing conversations.”

For more information, go to TheSubjectMovie.com 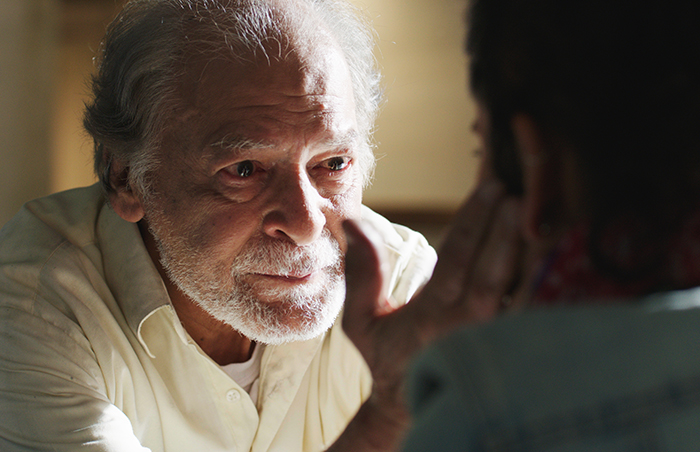 I’ll Meet You There

A modern and moving portrait of three generations of a Muslim-American family, I’ll Meet You There follows Majeed, a Chicago policeman, and his teenage daughter Dua, a gifted ballerina, who are unexpectedly visited by Baba, Majeed’s long-estranged father from Pakistan. Majeed is given a career-making opportunity that he can’t turn down, but it requires him to use his father’s religious devotion to gain access to the local mosque, while Dua, under Baba’s guidance, begins to question her passion for dance. The three form a tentative bond of family and cohesion that comes to a head in a surprise bait-and-switch by the FBI.

A uniquely Muslim-American story of patriotism, I’ll Meet You There takes on themes that aren’t typical to blockbuster movies: mosque surveillance, religious conflicts, defied stereotypes. At the same time, the movie is relatable to anyone who has ever experienced family conflict. Throughout the movie, multiple layers of family and work are slowly peeled back “We all go through family hiding things from each other,” director Iram Parveen Bilal notes. “We tiptoe around each other, and it behooves us to be honest sometimes.” This movie asks the question: How do you stay true to yourself and still belong to family?

“At the end of the film, you will want to call your grandmother or grandfather,” Bilal adds.

Bilal is also the film’s writer. I’ll Meet You There is drawn from her personal experiences of being in a family reclaiming Islam in a post-9/11 world. She wrote it in an effort to better understand her sister who taught her to dance as a little girl but now believes dancing is sinful. As a nontraditional, non-Hollywoodesque movie, I’ll Meet You There has been a challenge to fund and produce, but Bilal has been tenacious in getting it out into the world for people to see. Her hope is to raise awareness about worlds that are unseen, expand her audience and build connection.

For more information, go to IramParveenBilal.com 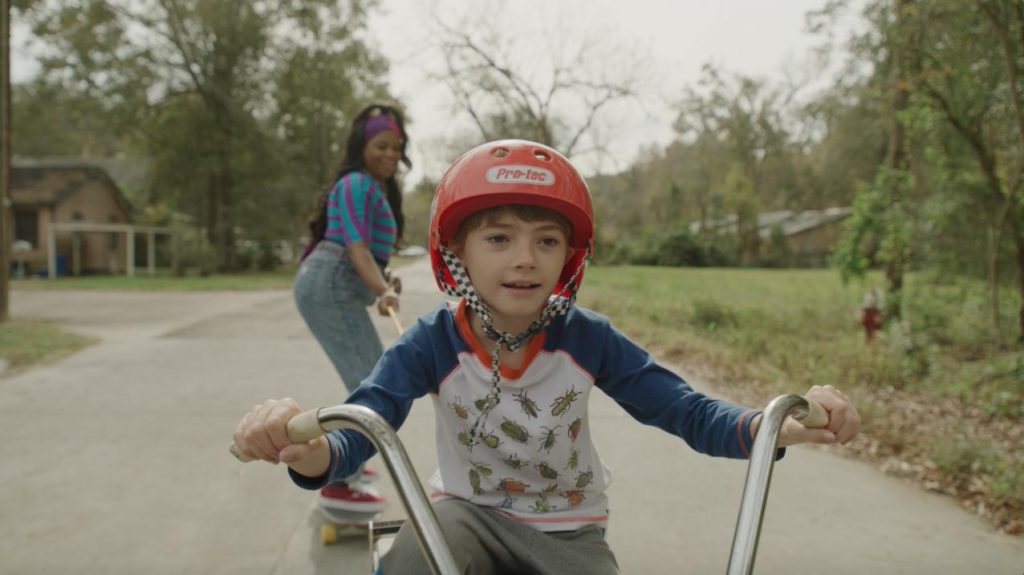 During the summer of 1986, 10-year-old Tate Millikin is uprooted and unwillingly moved to the suburbs of Kansas City. When his transphobic father discovers that their next-door neighbor is a transwoman named Gossamer, he forbids Tate to leave the house. As his parents’ marriage unravels, Tate relies on his pocket dictionary to understand the world around him and forms a powerful bond with Gossamer and her father, Edward, a retired English professor.

Following the heels of Disclosure, the recently released documentary on Netflix about the history of transgender representation in Hollywood, the timing of Gossamer Folds is perfect for continuing the conversation. Gossamer Folds is a great movie for people who don’t know a lot about the transgender community. “The movie is about two groups that are culturally taught to hate each other,” Donato notes. The dad, who is a white man, forbids the friendship between his son and the transgender black neighbor. She’s his only friend in this new place. The film is about the idea of a chosen family and how it forms,” there’s a timely message here about positive transgender representation while at the same time, there’s the timeless message about friendships that defy boundaries.

If you like Sarah McLachlan, you’re in for a treat. A fan of the singer, Donato reached out to her,w and McLachlan wrote a song especially for this film. It plays during a beautifully dramatic part of the movie.

Donato has been a film lover since she was a young girl making her own version of Saturday Night Live skits. As a gay woman, originally from a small Montana town, Donato grew up looking for films that would show marginalized groups. “Cinema shapes us, especially if you grow up in the margins,” she explains. She hopes this movie will be the catalyst for conversations about black transgender people who are normally portrayed as victims in the media. “This is a healthy representation of black trans. It’s unusual to show this positive representation. I want people to walk away with that healthy vision,” Donato notes.

For more information, go to pclipltd.com/project/gossamer-folds