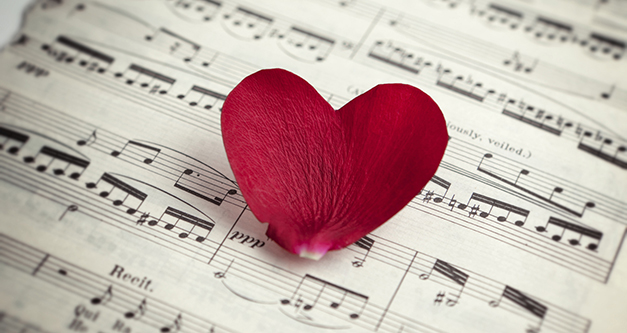 Nothing quite sets the mood for Valentine’s Day like a great love song. And in the Natural State, we have no shortage of great musicians with classic or soon-to-be-classic love songs. From the brash to the sensitive, these songs represent some of the best of Arkansas’ love songs.
But first – what’s an Arkansas love song? For us, if someone has some Arkansas roots, then it counts! Most of the singers or bands below are Natural State natives, but in the case of Conway Twitty, he was partially raised in Arkansas. As for the love song part, you could debate that some of these aren’t traditional love songs – where someone is singing about wanting love or telling how great their love is. Sometimes, you have to read between the lyrics.

Conway Twitty might not be an Arkansas native, but we claim him nonetheless. That’s because he sang one of the best love songs of the 20thcentury – “Hello Darlin’.”

“Hello Darlin’” is a song for those yearning for love. Twitty sings about meeting a long-lost love and finding that she’s “just as lovely as [she] used to be.” He asks if she’s happy and wants her to know that he cares that she’s doing well even if it means she’s not with him

The song ends with a cry for his lost love to let him kiss her “just for old time’s sake” and to let him hold her “in my arms one more time.”

Born in northern Mississippi, Twitty moved to present-day Helena-West Helena when he was 10. According to the Encyclopedia of Arkansas, he soon formed his first band. He went on to record over 100 albums.

One of my favorite love songs with Arkansas roots is “Jackson,” recorded by Johnny Cash and June Carter Cash. It’s definitely not your traditional love song – it’s about a couple who’ve found that the “fire went out” once they got married, and the man is planning to leave for Jackson to “mess around.”

Even though the song is, on its surface, about going out of town to cheat, it’s the chemistry between the Johnny and June that makes it so fiery. While Johnny’s singing about leaving, June tells him that she’s fine with him leaving:

“Go ahead and wreck your health / Go play your hand, you big-talkin’ man / Make a big fool of yourself,” she sings.

In fact, she tells him to “See if I care,” when he insists that he’s going to Jackson. But by the end, the couple says they’re both going to Jackson, maybe to rekindle the spark they felt.

This 1973 song by Charlie Rich is pure romance. Rich seduces listeners, describing his “baby” who “never makes a scene by hangin’ all over me in a crowd” but always leaves with him at the end of the night.

When they leave whatever party they’re at, they’re together and that’s what matters. Of course, the gist of the song is that everything important is happening is happening behind closed doors.

There’s a good argument for including Rich’s other popular love song “The Most Beautiful Girl” on this list, but we’re limiting each artist to one song. “Behind Closed Doors” is the softer counterpart to “The Most Beautiful Girl:” It’s the song you play if you want to shout your love to the world, but “Behind Closed Doors” is the song for cozying up at the bar, whispering in a loved one’s ear and heading out the door back to the warmth of home.

“Bring Me to Life”

This is definitely a change of pace from the previous songs.

From Evanescence’s 2003 album Fallen, “Bring Me Back to Life” is equal parts vunerable and hard-driving. Amy Lee pleads for someone to “bid my blood to run” and “bring me to life.”

Parts of the song are definitely dark. At one point, you can hear whispers, “I’ve been living a lie. / There’s nothing inside.” However, it’s the longing for love that drives the song and makes it so powerful. The contrast between Amy’s gorgeous vocals and the hard rock instrumentals make this a classic love song.

A new generation of talented musicians is coming up in Arkansas, and they’re putting their stamp on the state’s musical tradition. One of the brightest stars is the rock and soul duo of Dazz and Brie, the stage name for Dazzmin Murry and Kabrelyn Boyce.

My favorite of their songs is “Old Tee Shirt,” which is has a bluesy feel to it. Dazz & Brie infuse the song with a longing that belies their years. It doesn’t hurt that their vocals soar throughout the song – it has to be heard to be believed.

Perhaps the ultimate Arkansas love song – dare I say one of the greatest love songs of all time – is Al Green’s “Let Stay Together.”

Green was born in Forrest City, on the eastern side of the state, and lived there until he was nine. His family moved to Michigan, but he was soon back in the South and began recording in Memphis. He recorded “Let’s Stay Together” in 1971 and has become an R&B classic. Rolling Stone listed it as the 60thgreatest song of all time and the Library of Congress added it to the National Recording Registry. Not bad for a kid from St. Francis County.

Back to the song, though. Green croons and whispers to his lady love that he’s “so in love with you / Whatever you want to do / Is alright with me / ‘cause you make me feel so brand new.”

There’s not much subtlety (after all, he sings, “I want to spend my life with you”) but sometimes there’s no point beating around the bush when it comes to love.

READ MORE: The Four Most Romantic Spots in Arkansas