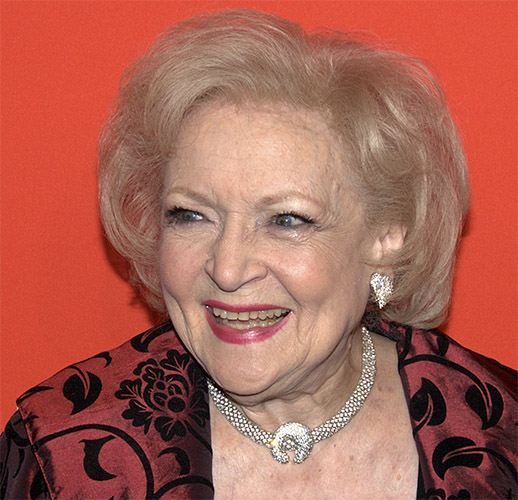 We haven’t seen the weather report yet, but it’s going to be a White Christmas after all.

American icon Betty White is heading to Lifetime this year for a new movie. According to A+E Networks, White has joined the cast of an untitled Christmas movie, where she prepares a would-be Santa for Christmas.

There may be a bit of a mystery at the heart of the movie. White may or may not be playing Mrs. Claus. We’ll just have to watch it to find out!

The 98-year-old actress is just one of the many actors joining Lifetime projects this year. All told, Lifetime has more than 50 titles that is planning to roll out between now and the end of the year.

“The legacy of Lifetime Original Movies is undeniable, as we celebrate the 30thAnniversary of the pop culture phenomenon this year,” Amy Winter, EVP, Head of Programming, Lifetime and LMN, said in a statement “With everyone’s lives radically shifted in the past weeks, what has remained constant is Lifetime’s ability to deliver top quality movie premieres like The Clark Sistersto our audiences and provide them some much needed entertainment and escape. With over 50 more titles to debut between now and the end of the year, our storytelling ability is further strengthened by the incredible talent partners we have lined up.”

Jamie Lee Curtis will star and direct (as well as executive produce) a film entitled “How We Sleep at Night: The Sara Cummingam Story.”

The network is also developing its third installment of the “Harry & Meghan” film franchise. The film, currently entitled “Harry & Meghan: Escaping the Palace,” will center on the couple’s decision to separate from the royal family following the birth of their son, Archie.

READ MORE: ‘Dead to Me’ Season 2 Drops on Netflix