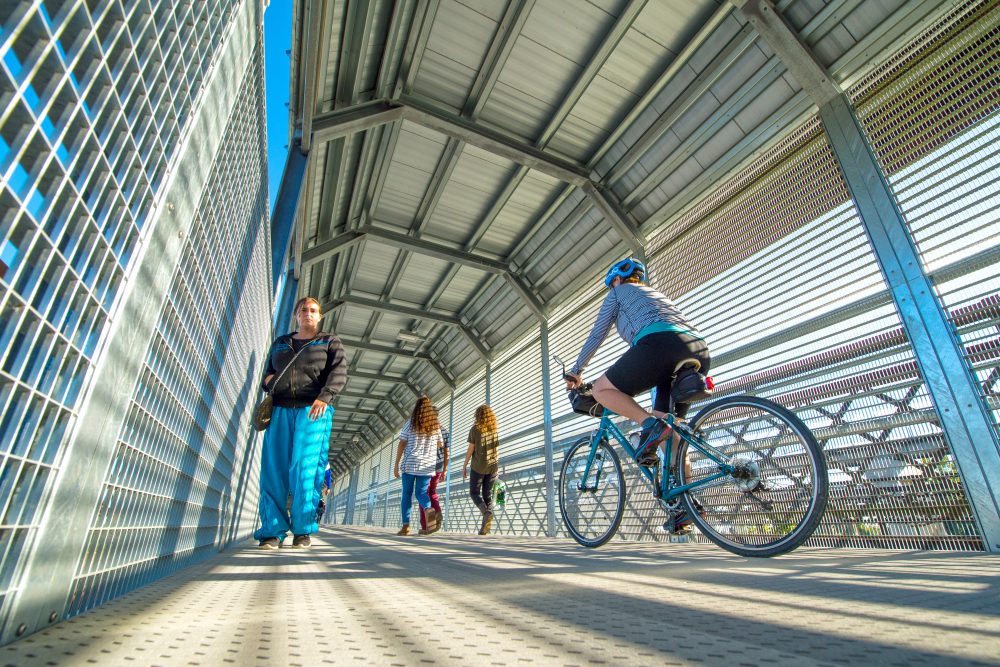 MEMPHIS, TN—Big River Crossing, the country’s longest active bike-pedestrian rail bridge, celebrated its one-year anniversary on Sunday, October 22, 2017. Since last year’s grand opening, the bridge has welcomed 250,000 visitors from across the world and received regional, national and international acclaim for its architecture and state-of-the-art lighting display by Philips Lighting.

The bridge’s Philips Lighting installation, which houses over 100,000 LED lights, commemorated over 45 different holidays, causes, and events with unique displays. For example, the bridge glowed green for St. Patrick’s Day, pink for Breast Cancer Awareness Month, and blue during the Memphis-hosted portion of NCAA March Madness. Holidays including Independence Day and Veterans Day were marked with a dynamic, waving American flag.

Big River Crossing was featured in over 150 articles across local, regional, national, and international publications, including: Fast Co., Huffington Post, and National Geographic Traveler UK. #BigRiverCrossing was tagged over 2,700 times on Instagram through crowdsourced photography from tourists and local visitors.

85% of visitors were on-foot and 15% of visitors were cyclists, who cemented landmark rest stops on both sides of the bridge, including Loflin Yard in Downtown Memphis, Pancho’s in West Memphis and Big John Tacker’s Shake Shack in Marion, Arkansas.

Approximately 45 million calories have been burned by visitors walking, running and cycling across the one-mile path in the past year. The bridge is a weekly target among cycling groups in and around Memphis.

On October 21, the bridge marked its anniversary by hosting the Big River Crossing Half Marathon + 5K, which benefited Peer Power Foundation. Half marathon runners had the first chance to run a two-state race across the bridge and through parts of the Big River Trail, which has recently been expanded from 70 miles of trails along Mississippi River’s levee system into an additional 6.7-mile paved loop in the Arkansas floodplains.

“The proven success of Big River Crossing represents a catalyst for the continued advancement of our riverfront —’ours’ being both Memphis’ and Arkansas’,” said Dow McVean, project lead on the expansion of Big River Strategic Initiative’s trail system. “We look forward to shaping its long-term success through activation of the Big River Trail, which will be utilized in this weekend’s first-ever half marathon across the bridge in support of Peer Power Foundation.”

ABOUT BIG RIVER CROSSING: At approximately 1-mile long, Big River Crossing is the country’s longest active bike-pedestrian rail bridge and the longest public pedestrian bridge across the Mississippi River. It serves as the centerpiece of Main Street to Main Street, a 10-mile multi-modal corridor between Memphis, TN and West Memphis, AR. The bridge is open daily to the public from 6 a.m. until 10 p.m. For more information, visit BigRiverCrossing.com.