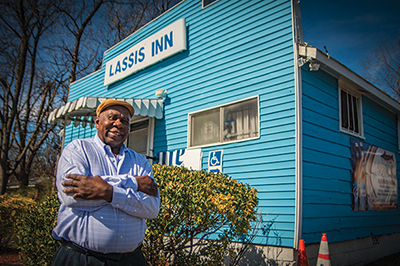 It is time to support the restaurants that have so often been overlooked.

Just after the George Floyd story rocked the news and with our country in turmoil, a reader on my personal food blog messaged me, asking if I had a list of Black-owned restaurants in Central Arkansas for her to support. I quickly responded with a couple names of the more well-known establishments like Lassis Inn, K Hall & Sons Produce and Sims Bar-B-Que. Honestly though, I did not give her enough options. So, I went back to the blog and asked readers what were their favorite Black-owned restaurants in Central Arkansas. We received 35 suggestions within an hour. Thirty-five quickly turned into 50, and by day’s end, we had 100 businesses — and not just brick-and-mortar restaurants. The list included food trucks, bakers, chocolate makers, coffeehouses, caterers and even a sauce entrepreneur. My mind was blown. A kind soul even offered to design an image with all 100 places, perfect to save to one’s cellphone and have as a reference always within grasp.

Until then, I thought I was doing a good job of covering Little Rock’s diverse food community, and included in that, our Black-owned restaurants. Nope. I had not eaten at many of the recommended places, nor had I even heard of several of them. How was this possible? How did I miss so many spots? With my new list in hand, I was ready to hit the ground running. 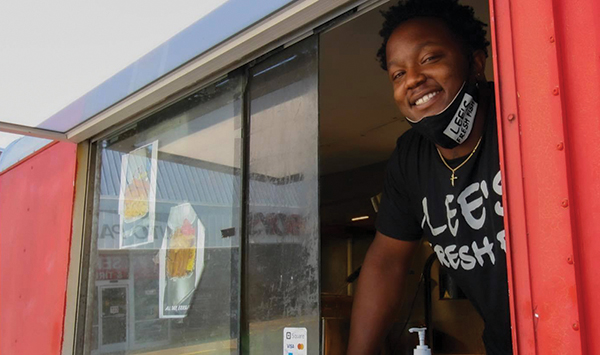 Rather than dwell on the restaurants I had missed up until that point, my mission was to make a concerted effort to visit and regularly report on these Black-owned businesses. Doing so required a planned, intentional effort, and not just for the immediate future but for the long haul. Over the course of the next several months, the restaurants I found and the food I ate did nothing but make me want to continue the search. One outing after another impressed, leading to a personal, newfound inspiration in reporting on food, and made me realize that what I had thought was my broad network of food eateries had been too limited. 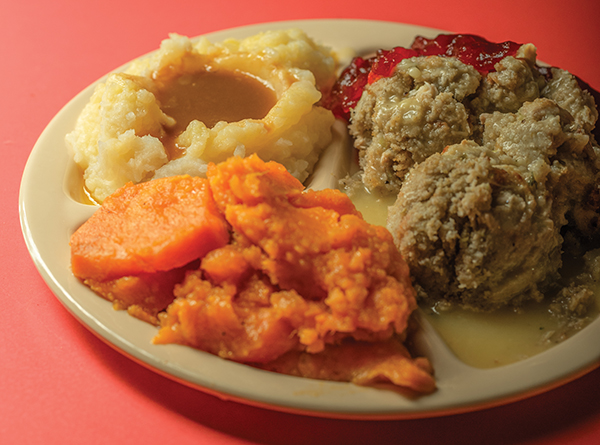 Food trucks proved to be a huge draw. The appropriately named Lee’s Fresh Fish served fried catfish, line-caught just a few hours prior to my consumption. Jude’s Delight on University Avenue had one of my very favorite cheeseburgers in town, as well as a stuffed salmon dish that could practically feed an army. I returned to the truck a few weeks later just to make sure that the burger was as good as I remembered. It was. Cheesecake on Point, with its playful, cheesecake-on-a-stick take on a dessert classic, was so good that I came back four times within five weeks for strawberry crumble cheesecake and apple crisp cheesecake cupcakes. Afrobites, a fairly new truck, specializes in African cuisine. A delightful lunch comprised of two dishes, a tender lamb shank over fried rice and sides of stewed purple-hull peas and cabbage, along with jollof rice and chicken kebabs, had me yearning for a return visit.

Brick-and-mortar restaurants, both old and new, impressed time and time again. At the top of that list was Lindsey’s BBQ & Hospitality House. This restaurant has been churning out signature barbeque for decades but also serves up some of the very best fried chicken, along with an array of sides like greens, candied yams, steamed cabbage and fried okra. The award-winning sweet potato pie might just be the crown jewel of the menu, which is really saying something. Another longtime establishment, Uncle T’s Food Mart on the corner of Daisy Bates and Martin Luther King Jr., has built a loyal following of patrons who adore its fresh-sliced deli meat sandwiches like roast beef and Cajun turkey on hoagie rolls. 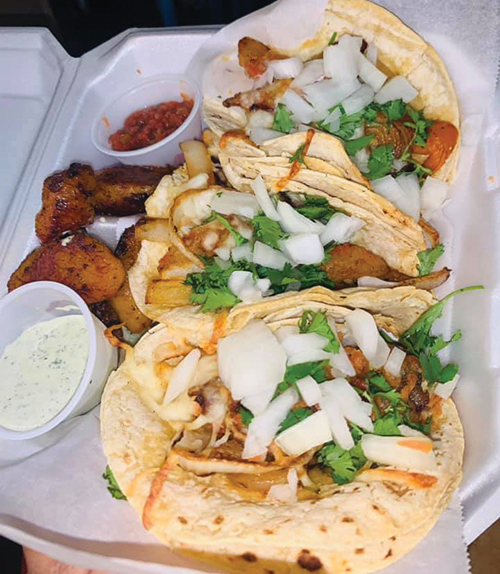 Returning to the topic of cheeseburgers, takeout experiences from Mama’s House of Burgers, Too Sweet Bar & Grill and the aforementioned K Hall & Sons were all met with rave reviews. These three establishments, much like Jude’s Delight, produced simple, no-frills, juicy burgers that easily inspire return visits. Try wolfing down a double cheeseburger from K Hall inside your car on a lunch break, and tell me that is not a memorable experience.

I got my soul food fix in Hot Springs with a trip to Emma Lee’s along Park Avenue for some fried catfish, mac and cheese, purple-hull peas and banana pudding. Back in Little Rock, the HallBros2Go food trailer proved that its Soul Food Sundays not only excelled with staples like fried okra, chicken wings, fried pork chops and peach cobbler, but also with a lasagna that rivals any Italian restaurant in the area. Just make sure to arrive early, as the line forms a good 15 minutes before opening.

Down on Asher Avenue, vegetarians and vegans will love Meme’s Twisted Potatoes’ Dirty Bird sandwich loaded with seitan tenders, kale, red onion and guacamole, while those of you with a sweet tooth will be blown away by the beauty and taste of special occasion cakes from Sugar Joint Bakery. (I may have ordered one for my daughter’s 16th birthday.) And one of my favorite personal discoveries came in the form of a barbeque chili sauce called Truth Sauce. Made by Keith Tucker Jr., of Little Rock, the sauce happens to be great on just about anything from wings to ribs to roasted pork to egg rolls. Two bottles currently reside in my refrigerator. 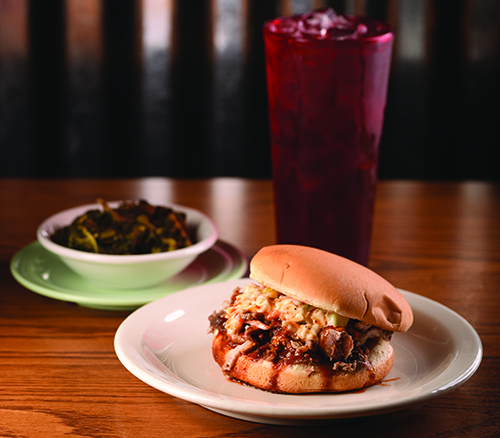 Truth be told, as much as I have made covering Black-owned restaurants and businesses a priority over the past six months, there are so many places still to discover, not to mention returning to standout restaurants like Walker’s, Brewsters 2 Café and Flint’s Just Like Mom’s. Walker’s chicken and dressing with gravy and cranberry sauce is like Thanksgiving all year long, while Brewster’s fried catfish and Flint’s fried chicken are divine.

What makes food writing so gratifying are those opportunities to discover new restaurants — often because of tips or direct messages from readers — and then to share those discoveries with the broader community. Those of you who have followed my writing know that my philosophy is that we become a richer community by sharing and supporting our local food gems. Black-owned restaurants are an integral part of this. They matter, and visiting these businesses on a regular basis needs to be top of mind, now and in the future, so that they become firmly sewn into the tapestry of the Central Arkansas food community.