Bladesmithing Has Deep Roots in Arkansas 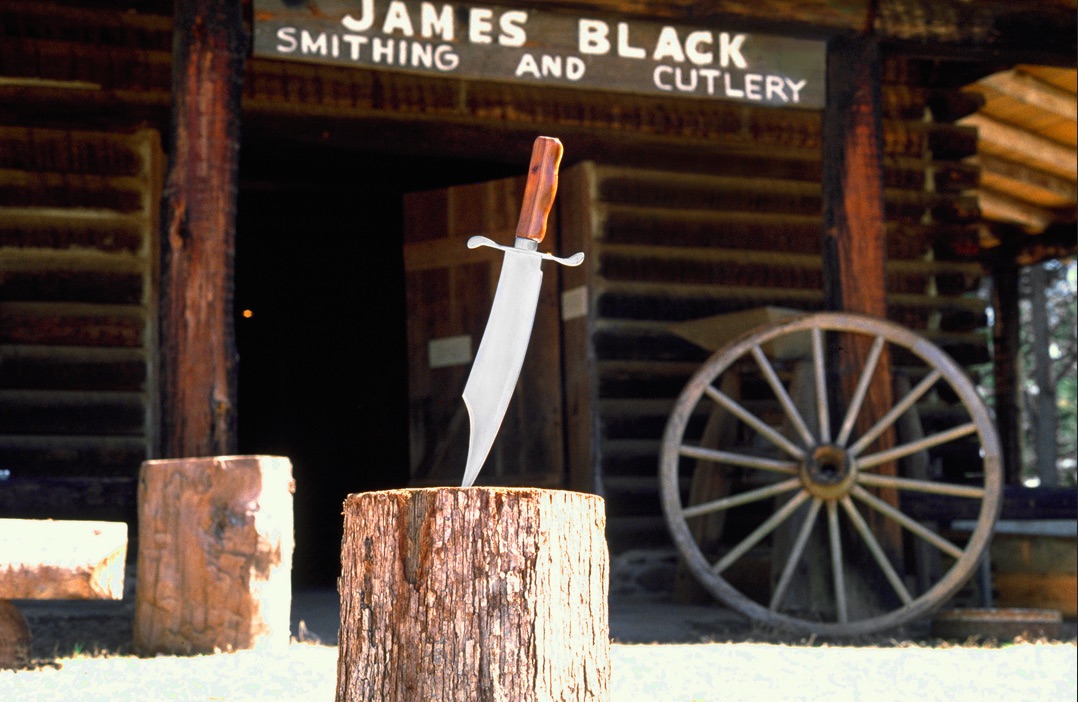 The popularity of the History Channel’s Forged in Fire series shows that interest is high in learning about the historic craft of bladesmithing. Arkansas has many connections to the art form and the state is home to many talented bladesmiths, some of whom have been showcased and won competitions on the series.

“Forged in Fire has been good for bladesmiths,” said Jerry Fisk, a well-known master bladesmith based in Nashville, Arkansas. “Sometimes craftsmen can use all of the help they can get to make folks aware of what they do. This show gave a boost to the entire industry, which is good. It’s good to see the Arkansas folks getting some good air time as we have some outstanding bladesmith artist folks here.”

Fisk said the word “smith” is derived from the old word “smite,” or to strike, which is why there are so many people named Smith. “So a bladesmith works in blades, goldsmith in gold, etc.,” he said. “It’s taking a bar of steel that you made or bought and hammering it until the shape of blade you desire is formed. Then a handle of desired materials that can range from plain to very exotic is shaped and in my case the whole thing may be engraved and decorated.”

According to Fisk, 10 percent of the world’s recognized master bladesmiths are Arkansans. “The first bladesmithing school [Bill Moran School of Bladesmithing] was started here in 1987,” he said. “People from all over the world would come here to learn the basics and get inspired as they do to this day.”

The school, which is run in connection with Texarkana College, teaches the craft and certifies knife makers at journeyman and master bladesmith levels. A series of intensive courses are offered throughout the year there in Washington, Arkansas, which is one of the nation’s premier historic villages and is both a state park and town intermingled. Courses are taught in a replica one-room school that blends in with the atmosphere of Historic Washington State Park and instructors include world-class bladesmiths sanctioned by the American Bladesmith Society (ABS). For many years the school was the only one of its kind in the nation. It is named after Bill Moran, the first smith of this century to successfully forge Damascus steel.

“Arkansas, since the start of ABS has been a hotbed of bladesmithing,” said Jim Crowell, a master bladesmith and former blacksmith at the Ozark Folk Center in Mountain View. “Perhaps because B.R. Hughes, a founding father of the organization, was dean of students at Texarkana College and a well-respected writer for outdoor and knife publications. He is also a historian and knew the original Bowie knife was made in Washington, Arkansas, which is an Arkansas state park now.”

One of the many structures people can tour now when they visit Historic Washington State Park is an interpretive blacksmith shop. Built by the Pioneer Washington Restoration Foundation in 1960, the shop has working forges. Washington’s most famous blacksmith, James Black, is credited with forging one of the original Bowie knives for James “Jim” Bowie in the early 1830s. Throughout the year, the state park hosts forging workshops where you can learn the craft. Other state parks across the state also host introductory blacksmithing programs, including the Ozark Folk Center in Mountain View. Blacksmithing history can be learned at outlets such as the Historic Arkansas Museum in Little Rock, which has a permanent knife gallery and display featuring antique and modern forged blades, the ABS Hall of Fame, and an interpretive blacksmith shop onsite that hosts demonstrations by blacksmiths and bladesmiths.

For those who are interested in learning the craft, Crowell, who currently teaches at the Bill Moran School of Bladesmithing and at seminars across the country, suggests joining the ABS. “They are the largest group of this type in the world,” he said. “They have an informative website with a wealth of information, books, articles and DVDs. The internet provides access to a lot of information as well, videos on virtually every aspect of this craft. Find an accredited school near you that offers blacksmithing and or bladesmithing classes. Community Colleges sometimes have continuing and evening courses. The ABS offers several classes at several locations here and abroad. Educate yourself as much as you can. Read, go to Hammer-ins [which are events that feature demonstrations and bladesmiths to learn from.] No matter how much you read it all comes down to applying what you have read and learned in class. In my opinion, you have to have a forge, a grinder, drill press and a band saw at least. Get some good reliable instruction, this is invaluable.”

Fisk added that the state also has a custom knife show in Little Rock each February. “People can go there and see knives and ask how many hours it might take or what that bladesmith did to the knife you are looking at,” he said. “I have spent up to 120 hours just engraving a knife, not making, just engraving. It takes a lot of time to do something you and the client will both be proud of. As a maker what you are making well may be in that family handed down for generations to come. The story of the knife from that maker will be handed down as well.”

Fisk noted the material used to make these knives also stands out. “Some use a high carbon steel or a spring from an automobile or they make their own Damascus steel forged out in their own shops,” he said. “The layer counts can vary from three layers to a million or more. I have made knives with up to 320 million. Right now I have some authenticated steel from the year 250 that’s from a broken sword. The client is having me forge the steel from that into his own knife. I will have it analyzed first to see exactly what I am working with, then will begin work on it next year. I have wood from the only tree that Thomas Jefferson personally planted, wood from a tree that George Washington planted, etc. I have a lot of historical materials, some of it thousands of years old.”

Crowell said there are many reasons he is attracted to a historic craft that has such enduring roots in Arkansas. “Making something beautiful and useful by one’s own hand and skill seems a most worthy endeavor to me…Something of integrity that will last many generations,” he said. “I also like the fact that one can do this without electricity or modern convenience. What we do is real, not on an electronic machine somewhere. I have been making knives now for 36 years and have been an ABS master smith and certified instructor for 31 of those years. I never expected this to become my life’s work those many years ago. I think this work is a worthwhile endeavor that has no end. There is always something to learn from so many who are so generous with their time and knowledge.”