Blue Man Group to Return to Robinson Center in September 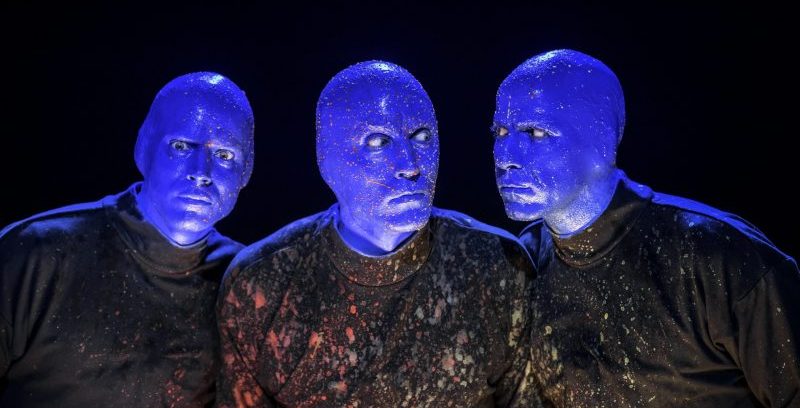 The Blue Man Group is returning to Little Rock from Sept. 9 through Sept. 11 for a limited engagement on their North American Tour. The eclectic performing group will be at the Robinson Center, and tickets go on sale starting Monday, Aug. 15 at 10 a.m.

Blue Man Group debuted in New York in 1991 and has become a pop culture phenomenon in the years since. Known for their unique hue, drumming, and nonverbal comedic style, the Blue Man Group has toured all over the world and appeared on a variety of television shows. The group has been owned and operated by Cirque du Soleil Entertainment Group since 2017.

Now with an updated show, audiences can rest assured that “the men are still blue but the rest is all new,” according to the group. Featuring original music, custom-made instruments, surprise audience interaction and hilarious absurdity, the Blue Man Group will bring its family-friendly performance to Little Rock for just five shows starting on Sept. 9. The Friday show will start at 7:30 p.m., with two shows on Saturday at 2 p.m. and 7:30 p.m. before concluding on Sunday with performances at 1 p.m. and 6:30 p.m.

The Blue Man Group’s appearance at the Robinson Center is a part of the 2022-2023 Broadway Season which includes Tootsie, Disney’s Aladdin, Legally Blonde The Musical and My Fair Lady.

Tickets may be purchased at the Robinson Center Box Office, by phone at 501.244.8800 or by visiting the Celebrity Attractions or Ticketmaster sites. Groups of 10 or more receive a discount by calling 501.244.8800.

More information and a full schedule of events can be found on the Robinson Center website.