On Thursday, October 12, 2016 Bob Dylan was awarded with the Nobel Prize in Literature for giving life to new ways of poetically expressing American song.

With his raw, gravelly vocals, and intermittent wailing harmonics-he became the father of folk-rock. His lyrics moved generations and gave tangible meaning to the experiences and emotions of so many. Sometimes things are hard to put into words-but Dylan would, he did, and he does.

Listening to his songs, you may feel as if he were speaking to you face to face. He extends an interior monologue and tells a story-a relatable one. If you have not experienced what he sings about, he makes you feel as if you have.

Bob Dylan effortlessly fuses his lyrics in his songs and creates a bridge to understanding and connection. If you have not lived it, he allows you still to feel it. And if you have lived it, well then you are not alone.

Although his non-operatic and simplified voice has been deemed cringe-worthy to some, he nevertheless remains one of the most influential and enigmatic figures of our time, and when awarded the Nobel Prize of Literature-will remain undeniably so, forever. A true American troubadour, honored. 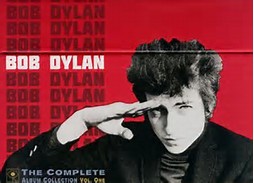 “Not Dark Yet” is a poignant example of the linguistic talent that earned him this distinguished award. This song was released in 1997 as part of his Grammy award winning album “Time Out of My Mind”.

Shadows are fallin’ and I’ve been here all day

It’s too hot to sleep and time is runnin’ away

There’s not even room enough to be anywhere

It’s not dark yet but it’s gettin’ there…