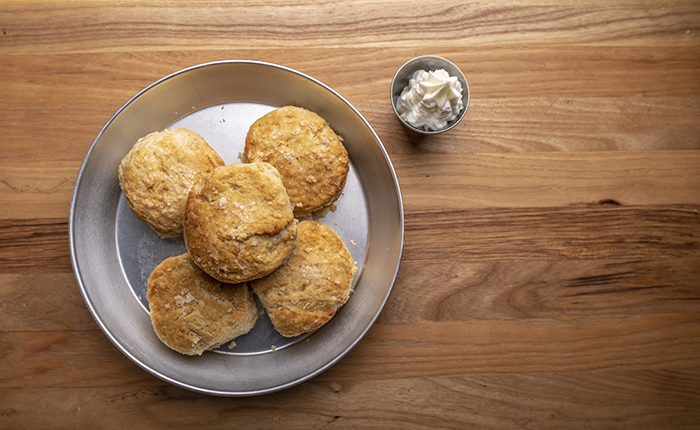 BISCUITS YOU SHOULD GET TO KNOW

We like our biscuits so much here in Arkansas, we’ve dreamed up a dozen types of gravy to pour over them. We pack them with eggs and sausage and drizzle honey over them. Biscuits are our morning starch.

The term biscuit comes from the French, meaning “twice baked.” That term refers to European biscuits, which closer resembles cookies than what we conjure here. American biscuits are quick breads, leavened with baking powder or yeast, something that can be created out of a few ingredients in the early hours of the morning. Only here in the Southern area of the country do we revere them.

In Arkansas, especially among those of us who have steeped ourselves in the comfort of this lovely state, biscuits come in two sizes: regular and cathead. The latter refers to a biscuit that, when grasped in the hand, resembles the size and weight of the cranial portion of a feline. They’ve gained such a reputation in our state that one of our newest upstart breakfast joints, Cathead’s Diner, took them on in the eatery’s name.

I cannot recall a time in my life without biscuits. I can still remember my first experience with sorghum molasses — not a good one — on a biscuit that had already received a payload of butter. Before that first bite, I didn’t know the difference between Mrs. Buttersworth’s and sorghum molasses. I sure as heck did afterward. As I got older, the convenience in a can that my folks referred to as “whomp biscuit” made its way into our fridge, but they were no substitute for the real thing.

Today, many restaurants have opted for pre-made biscuits shipped by food-service companies: trays of identical, perfectly cut biscuits that lack the irregularities and freshness of those sculpted by hand, flour and leavening pulled around the bowl with warmed butter, a splash of milk or buttermilk, the sort that makes a mess of one’s hands and salves one’s heart. And however they are crowned, whether with butter, Fischer’s Honey, jellies from House of Webster or one of Arkansas’ 10 beloved gravies, they are royalty on our breakfast plate. 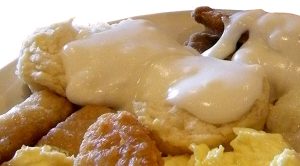 Ole Sawmill Café
Forrest City
Smaller than average but plentiful thanks to their position on the
breakfast buffet at this longstanding highway-side eatery. 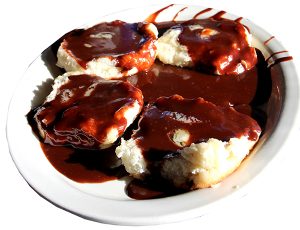 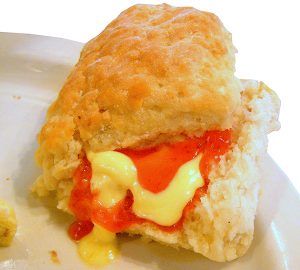 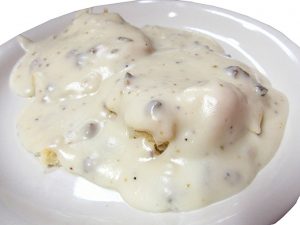 Susan’s Restaurant
Springdale
Golden and buttery, these are best experienced under a generous
amount of sausage gravy, which Susan’s also does extraordinarily well. 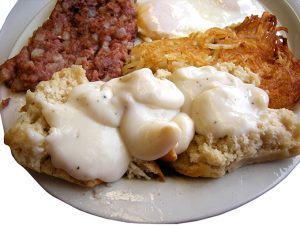 The Old South Restaurant
Russellville
The perfect ready-to-be-soaked biscuit for a hearty plate of biscuits and gravy. 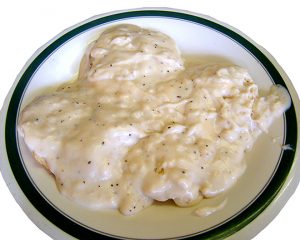 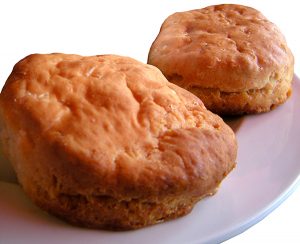 Ozark Café
Jasper
Palm-formed, rounded biscuits with a great crust, good for
dipping in (rather than slathering on) chocolate gravy. 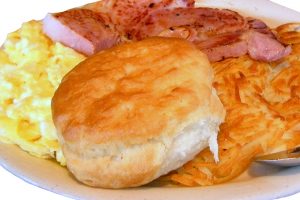 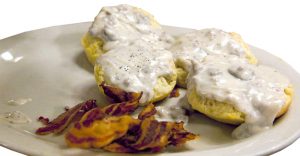 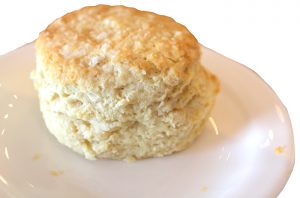 The Farmer’s Table Café
Fayetteville
Freshly made from locally sourced flour each and every day, fluffy and brilliant.

Loca Luna
Little Rock
Surprisingly humble, yet perfect for sopping, these slightly squared rounds are both crusty and light. 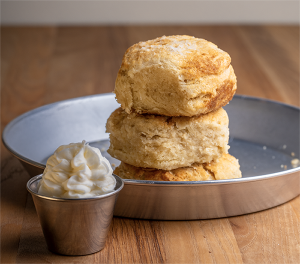 Cathead Biscuits & Gravy
A staple of many Arkansas breakfasts, this pastry’s name comes from the size and shape of the finished product, rather than its ingredients. Cathead biscuits are traditionally flaky and slightly dense and because of their size, they’re moist on the inside. This recipe is from Brian and Reagan Eisele at the Oark General Store in Oark.

2. Grease a baking pan and then lightly coat the top of dough with flour—this will help keep your hands from sticking to the dough. Use your hands to press the flour into the dough softly.

3. With a utensil roughly the size of a standard wooden spoon, scoop out a ball of dough and work gently with your hands to smooth it out. Place balls of dough onto greased pan until dough is gone. With a pastry brush or paintbrush, spread softened butter on tops of biscuits. Then place the baking sheet in preheated oven for 25 to 35 minutes, or until golden brown on top. Halfway through baking, repeat spreading butter on tops of biscuits.

4. When biscuits are desired color and size, remove from oven and spread butter over tops one more time. The biscuits should soak in the butter at this point.

5. In an iron skillet, heat bacon grease to medium-high on a stovetop. Mix in salt and pepper. When grease gets hot enough to make the flour sizzle, add in all-purpose flour while continually stirring, eliminating clumps. The roux needs to reach a creamy consistency. If roux is too runny, add more flour a little at a time. If roux is too dry, add more bacon grease in the same fashion. It’s important to keep an eye on the flour, as it browns quickly. Use your nose to determine when the browning starts (we think it smells like popcorn), and mix in your milk once the flour is good and browned.

Remember to stir constantly. Turn heat down to a high simmer and reduce your gravy to desired consistency. You can always add more milk later to thin the gravy if needed.

The 10 types of Arkansas gravy

CREAM GRAVY
(also referred to as milk gravy): Made with butter instead of drippings to create a roux,
filled out with milk or cream to form a thick, rich meatless gravy.

SAUSAGE GRAVY
(also called Sawmill gravy): Similar to cream gravy but made with sausage
grease for the roux and filled with chunks of crumbled sausage.

HAM GRAVY
A cream gravy made with ham drippings, usually served over the same ham atop biscuits.

BROWN GRAVY
A cream-less gravy made on a butter-and-roux base with beef broth, sometimes with added garlic.

GIBLET GRAVY
A broth created with simmered turkey (or chicken) parts and mirepoix,
thickened with cornstarch and often with hardboiled egg added.

RED GRAVY
Also referred to as “Sunday gravy,” this is a tomato-based sauce
sometimes thickened with a roux or with cream added.

RED-EYE GRAVY
A viscous eye-opening gravy made from ham drippings and coffee.

CHICKEN CREAM GRAVY
Made from a thick roux from chicken fat, thickened with flour and then cream,
often peppered, sometimes enhanced with shredded chicken.days a week.

MUSHROOM GRAVY
Similar to a brown gravy, this cream-less gravy begins with a mushroom and butter or oil
amalgamation, on which a roux is created. Beef broth is sometimes added.

CHOCOLATE GRAVY
An Arkansas specialty, this sw reate a rich pour-over. Beware — some restaurants will
try to serve you pudding instead — this is NOT true chocolate gravy. 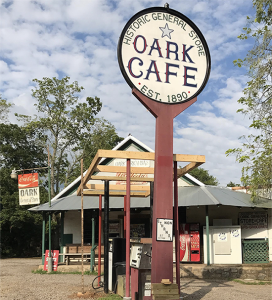 The Oark General Store is the oldest general store in Arkansas. Opened in 1890, it has remained in continuous operation, serving a community far separated from much of the rest of the state, not far off the banks of the Mulberry River. The restaurant within, opened in 2012 by Brian and Reagan Eisele, serves hamburgers, plate-lunch specials and slices of pie along with generous breakfasts. While there’s no cell signal in the area, the Oark General Store does have open WiFi, perfect for catching up between stretches of motorcycling Arkansas Highways 103 and 215 or kayaking the Mulberry.

READ MORE: This is How We Roll