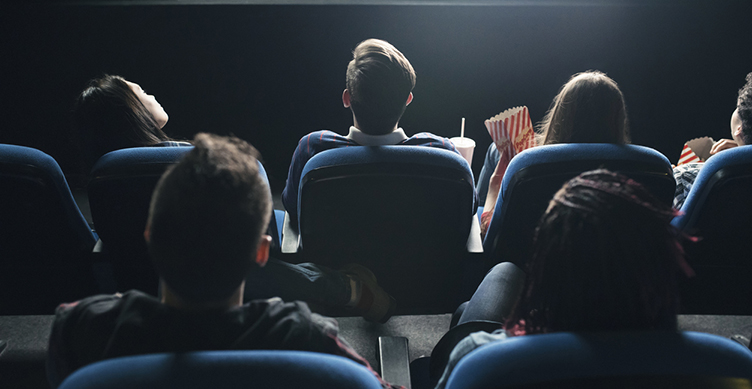 This is a movie review.  Go see Bohemian Rhapsody. The end.
All right.  I will expound, but I don’t want you to put it off.  This film will take you back to your high school days of sitting in the bleachers stomping your feet to “We Will Rock You” and thinking about eating at Casa Bonita afterwards where you got to put the flag up if you wanted sopapillas. (That was a totally insider comment for native Little Rock readers.) You will transport in time to an era where you only got your music from the radio and  you listened to “A Night at the Opera” on either 8-track or vinyl and you can still remember the vocals of Freddie Mercury. Yes, Freddie Mercury is the reason Queen was on the musical map. Yes, Freddie Mercury was an eccentric performer with amazing vocals. Yes, Freddie Mercury was a celebrated artist who died of complication from AIDS in 1991 at the age of 45. Too young. He had so much to offer the world.
Now let me take you into the theater.  You’ll hear the music of Queen and will have some disappointment that the entire songs aren’t played because you’re singing along. Loudly.  But you’ll also be lured into the story about Zanzibar immigrants who moved to London and you’ll see his parents watch incredulously as he changes his name from Farrokh Bulsara to the aforementioned. His father bristled at his son’s choices, and you will feel the tension between the two.  But at the end, there is conflict resolution, and it is oh-so-sweet. In fact, Rami Malek portrays the flamboyant singer with a tenderness and respect that will likely garner him awards’ shows nominations.
RELATED: Read more from Lisa Fischer!
There are other band members in Queen but no one will rock you quite like Malek.  My husband says, “If you’re a Freddie Mercury fan, then Rami Malek will not disappoint.  If you’re not a Freddie Mercury fan, then you will be after this movie.” Malek’s falsetto is impressive though he admitted to Vanity Fair last month to having some of Mercury’s actual vocals mixed in along with a sound alike.  But it is his physical imitation of the late singer that will have you searching YouTube for the Live Aid concert in 1985 that opens and closes the movie, and you’ll marvel at every single element.  In an interview, Malek told Jimmy Fallon that he didn’t even know how to play the keyboards before production and didn’t think of himself as a vocalist. If that is true, then this Emmy-award winner and Golden Globe nominee deserves the Academy Award for this bio-pic portrayal.
I can’t believe I’ve gotten this far into my review with the elephant in the room. The teeth. Malek nailed it with the teeth as well.  It took prosthetics to get the authentic look of the four extra teeth that Mercury was said to have and that is what his father said gave him his distinct sound. In today’s day and age of perfect-looking performers who often lack talent, I will take jankety teeth and those vocals over good looks and perfect hair.
The funny thing about this movie for my husband and me is that we haven’t seen a movie together without children in maybe 20 years.  I am not making this up. We are empty-nesters now who aren’t big movie goers but this was a DON’T MISS film for us. Kris Fischer is a huge Queen fan; in fact, we have debated Freddie Mercury/John Lennon, Michael Jackson/Prince and Petrino/Nutt.  Okay, we have never debated the last one but you get the point. He has been passionate about Freddie Mercury’s talent for the 30 years of our marriage; I’ve always said John Lennon was the greatest musician of our lives.  But after watching “Bohemian Rhapsody,” he might be right. But don’t tell him. I have “Come Together” turned up on Spotify while I hum “Don’t Stop Me Now.”
RELATED: Movie Review: A Star is Born