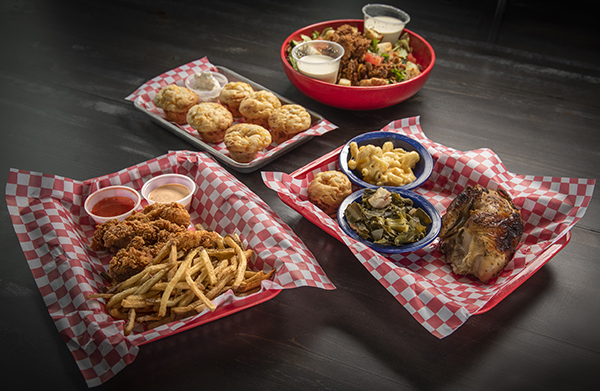 Despite the Difficulties, the Pandemic Produced a Tableful of New Restaurants in Arkansas

It came upon us like a storm of biblical proportions, ripping quickly through our blue skies, immobilizing us in fear. COVID-19 has proved itself capable of mocking borders, doctors, scientists, pharmaceuticals, masks and mandates. Two years later, it remains an enigma taunting us still with its uncertainty. What is certain is the serious impact it has had — and in many cases, still has — on lives, communities and businesses around us. Yet, in the midst of this storm, there were those who chose to bravely set sail. In what was a bold move forward, several business owners in our communities defied the odds, not only by opening new restaurants but doing so successfully.

The immediate and relentless havoc that COVID-19 had on the existing restaurants was all too obvious. Exceeded only by the federal government, the foodservice industry is the country’s second-largest employer. In a profound ripple effect, the pandemic impacted not only the foodservice employees and owners but also the industry’s vast network of suppliers. The economics of this was clear, but there was more. Restaurants are, after all, more than just numbers and menus. Within months of COVID-19’s emergence, Penn State University published a study about the other ramifications felt in our communities. “Restaurants,” its Social Science Research Institute stated, “are an integral part of the fabric of our society, for social, cultural and emotional reasons.” Those owners who dared to proceed not only gave our communities new businesses, but also hope.

One such owner was Jim Keet, Chairman of JTJ Restaurants, LLC. Four decades in the restaurant industry have shown Keet and his team to be successful and resilient. At its Highway 10 location, their newest Taziki’s Mediterranean Café had ironically just had its March opening in 2020. Fortuitously, it not only provided indoor sitting, but a double drive-thru as well as a patio, the latter two both covered. These multiple accommodations, not necessarily the norm with other restaurants, provided options for the COVID-concerned then and now. Taziki’s health-focused menu and authentic flavors — red peppers from Turkey, lemon juice and olive oil from Greece — might have just given new meaning to the term “comfort food” for the COVID-confined.

It was immediately apparent to the JTJ team that Taziki’s opening came with another new challenge that was now facing the industry. As Keet explains, “We took a very aggressive approach from day one. We wanted to make sure our guests and staff were safe in terms of launching a very long and comprehensive protocol that staff still goes through.” Implementing COVID prevention standards became the new norm. 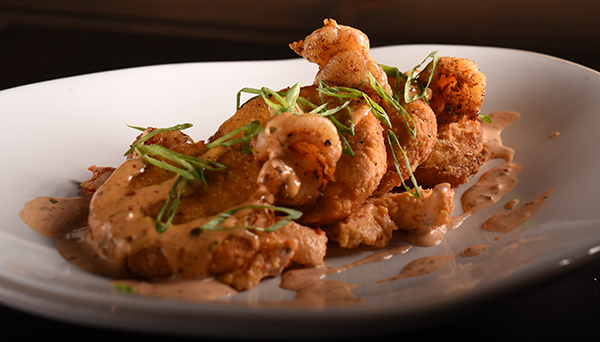 The JTJ team also had to immediately pivot to this question as well: What was to be done about Cypress Social? Three years of work had gone into the planning and implementation of its North Little Rock location, due to open that April. The structure itself had been taken down to the bare bones, a total rebuild that included repurposing the beautiful cypress lumber found there. While often the interior work is dominant in a restaurant’s opening, Cypress Social had also undertaken substantial exterior work as part of the plan. Thus, the existing lake had been deepened, a fountain installed, landscape thoughtfully created as part of that. The intent for Cypress Social was “to make it a destination type — a place people all over the state would want to come visit.”

Making this a “destination” would have to wait; its April opening was delayed to August 2020. This presented other issues for Keet and his team.

“It was very challenging, but we had already hired management staff and a lot of the lead employees as well,” he says. “We continued to pay them — full salary — because we felt we had recruited the best possible staff. We didn’t want to lose them, and we wanted to demonstrate our commitment to them in the midst of crisis.”

Six months into the pandemic, Cypress Social opened to guests who immediately appreciated not only the menu — Southern, Delta Mississippi, Cajun — but also the openness and serenity of its setting. It has, in fact, become not only the destination envisioned but a favored repeat destination for diners. Recent media awards it has received attest to that success.

A few months later in Bryant, Copper Mule Table & Tap opened as a casual dining alternative to what was mainly chain restaurants bordering the interstate. For the owners — married couple Jamie and Rob Gaston — it was their first venture into the restaurant business. Admittedly inexperienced in this field, they nevertheless had crucial background experience that proved vital for themselves, their staff and their guests. As an RN, Jamie quickly grasped the intricacies of implementing COVID protocols. “As far as that goes,” Rob says, “we were in a better place than most.” Copper Mule’s well-spaced bar, dining rooms and patio combined with Jamie’s health expertise created a notably safe place for the community.

The crowd is as diverse as the menu, the latter being influenced by Hurricane Katrina refugee Mindy Mitchell. As general manager and chef, Mitchell weaves a blend of southern favorites — burgers, steaks, chops — with Creole dishes beloved in lower Louisiana. The deep-fried boudin of the Mule Balls and the Crawfish Cheese Dip will feel like home to many folks, with items such as a fried bologna sandwich with kettle chips evoking memories for others.

Their other great success in creating Copper Mule is more of an intangible. That Penn State statement about restaurants being a part of the fabric of our social, cultural and emotional lives encapsulated what the Gastons had really hoped to create: a local hangout with heart and soul — a place like Cheers. Featured in the iconic sitcom of the same name, Cheers was the local bar “where everybody knows your name.” Walk into Copper Mule and you’ll see one or another of the Gastons checking in with their guests, saying hello and making sure everybody’s fine. Rob points out that two years in, “Jamie seems to know everybody who comes in.” And being parents themselves, expect the Gastons to keep all the events they hold — i.e., Thursday Thirsty, live music twice a month and sports specials — family friendly. They’re showing the love, too, with their “Kids Eat Free Wednesdays.”

Rob’s corporate background has proved to be crucial in meeting other challenges that have evolved for the restaurant industry since the pandemic started. Analyzing and addressing the profit and loss issues created by higher prices, lower margins and shortages/delays were somewhat familiar territory for him. For Copper Mule and other establishments, these factors have had an effect across the board — menu changes, restaurant opening times and staff schedules especially impacted.

While the Keets and the Gastons have defied the odds in opening new businesses during the pandemic, the numbers for many previously existing restaurants are harsh.

“Regrettably, the mortality rate in the restaurant industry has been about 25 percent of restaurants have closed permanently,” Keet points out.

His current businesses and the new Waldo’s Chicken & Beer his team just opened in North Little Rock — as well as the Gaston’s Copper Mule — will, we hope, continue on their path to success.

But on a whole, the National Restaurant Association notes, the biggest challenge for 2022 will be staffing issues. Some chains have already implemented robots in the kitchen — flipping burgers, cooking fries, tossing salads and making pizzas — in what is possibly a permanent move to counter long-term staff shortages. The number of job openings in this industry is now the highest it has been in two decades. But why? 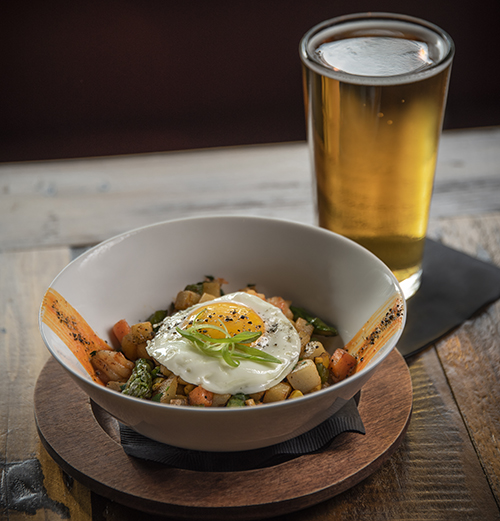 Red Moon Tavern is another fresh face in Little Rock.

The National Restaurant Association’s numbers also reveal that almost half of restaurant owners cite staff shortages as being the reason they have not been able to open to full capacity. There’s also concern among economists and business owners as the first round of numbers for 2022 are showing a significant stall in restaurant sales. In fact, the national sale numbers show an alarming $3 billion dollar drop from mid-2021. And this is at a time when, like all of us, the restaurants find rising costs on everything.

“The restaurants who made it through these time periods are on better footing now, but certainly not all the way recovered,” Jabaraj notes.

Our storm is not over. It might instead be co-opting the tactics of hurricanes, known for a first siege, a prolonged pause, then an unleashing of a final show of strength. Our new restaurants and our existing ones still need continued support from the community they exist — and love — to serve. And we need them, too — socially, culturally and, most importantly, emotionally.

Together, we can keep the doors open. 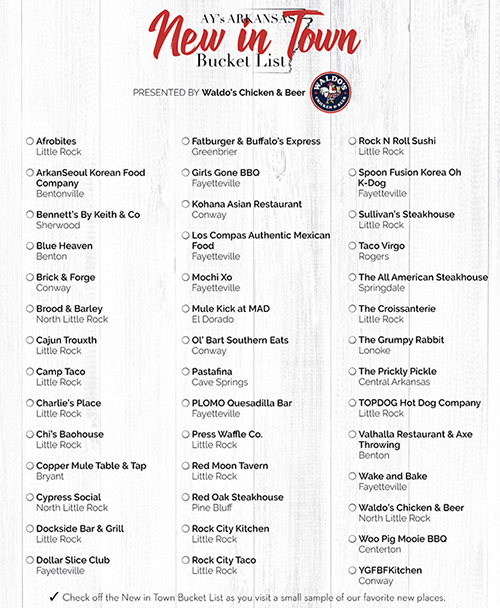