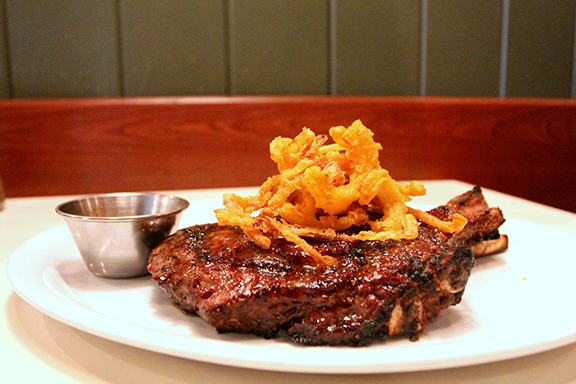 Bone’s ChopHouse is opening a new location in Little Rock. This will mark the restaurant’s second location, originally opened December 2017 in a former Ruby Tuesday building on Central Avenue in Hot Springs.

“I love Little Rock. It has a wider base of people,” says restaurateur Lee Beasley, of Bone’s ChopHouse. “I think it will be a good addition to the Bones ChopHouse brand, and then we’ll just see where it goes from there.”
The restaurant’s owner has planned this additional restaurant over the course of the past year. They are currently looking to open the new location in May.
“Little Rock is the best of both worlds,” says Beasley. “We looked at many places in North Little Rock and all over and we settled on that.”
Beasley says they are considering expanding the Bones Brand in Arkansas after they see how well their new location performs.
“There are areas that we liked, like Conway or Northwest Arkansas, but we’ve got to crawl before we walk,” says Beasley. “We’re going to try Little Rock to see how that goes. Little Rock has an extremely good market and it’s close to Hot Springs.”
The new restaurant will be located in west Little Rock and will be announced in the coming weeks.
“We have settled everything with the people that [own] the location,” says Beasley. “We have equipment going in there right now.”
Bone’s ChopHouse offers premium house cut, well aged steaks cooked at 1,600 degrees, fresh seafood, and a full bar with their staff having over 100 years of combined experience in the food and restaurant industry.
READ MORE: Arkansas’ Best New Restaurants