Bonnie & Clyde: A tale of two notorious outlaws that swept America with careless crime during the Great Depression. It is one that has been told on many accounts, and is archived as part of our nation’s history. Musical Theatre International describes how Bonnie Parker and Clyde Barrow went from two small-town nobodies in West Texas to America’s most renowned folk heroes and Texas law enforcement’s worst nightmares.

Fearless, shameless and alluring, Bonnie and Clyde is the electrifying story of love, adventure and crime that captured the attention of an entire country. A mutual spark for excitement was lit upon the first meeting of Bonnie and Clyde, that coupled with a taste for fame set the wily duo on a mission to meet their desires. Their reckless behavior soon catches up to them, putting themselves and their loved ones in troubles way with the law. They continue to run with destruction in their wake, tearing through towns in displays of robbery and even murder. But, time is no friend to the infamous pair, with the public eye increasingly honing in — their end draws nearer. 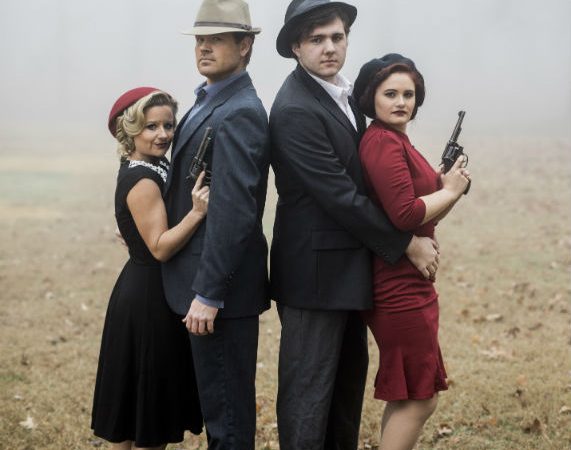 The story of Bonnie & Clyde made its way from history to theatre, and  although it only ran for four weeks after opening on Broadway in 2011, Bonnie & Clyde was nominated for two 2012 Tony Awards. Studio Theatre will be bringing it back – – their production of Bonnie & Clyde will take place from February 9-19, directed by Hannah M. Sawyer with music direction by Bob Bidewell and choreography by Casey Labbate. Bonnie & Clyde was written by Frank Wildhorn (music), Don Back (lyrics), and Ivan Menchell (book). The design team features Adam Sullivan (set design), Justin A. Pike (lighting design), and Lauren Nicholas (props design).

Tickets may be found at eventbrite.com. To connect with The Studio Theatre on social media: @StudioTheatreLR

Ticket Information: $25 General admission, $20 for Seniors (65+), Military, and Students, $15 for children 12 & under. There are no assigned seats. The box office will open at 6:30pm on performance dates and the house will open approximately 20 minutes prior to curtain. The Lobby Bar is open before and after the show and during intermission. This production is rated PG for Adult Situations and Violence.

Dates and Times are as follows:

Bonnie & Clyde most certainly left their mark in Arkansas before the story drew to a close, during the Gunfight in Alma, featured as one of our most compelling “Murder Mysteries” in 2013. You can read the whole story here. 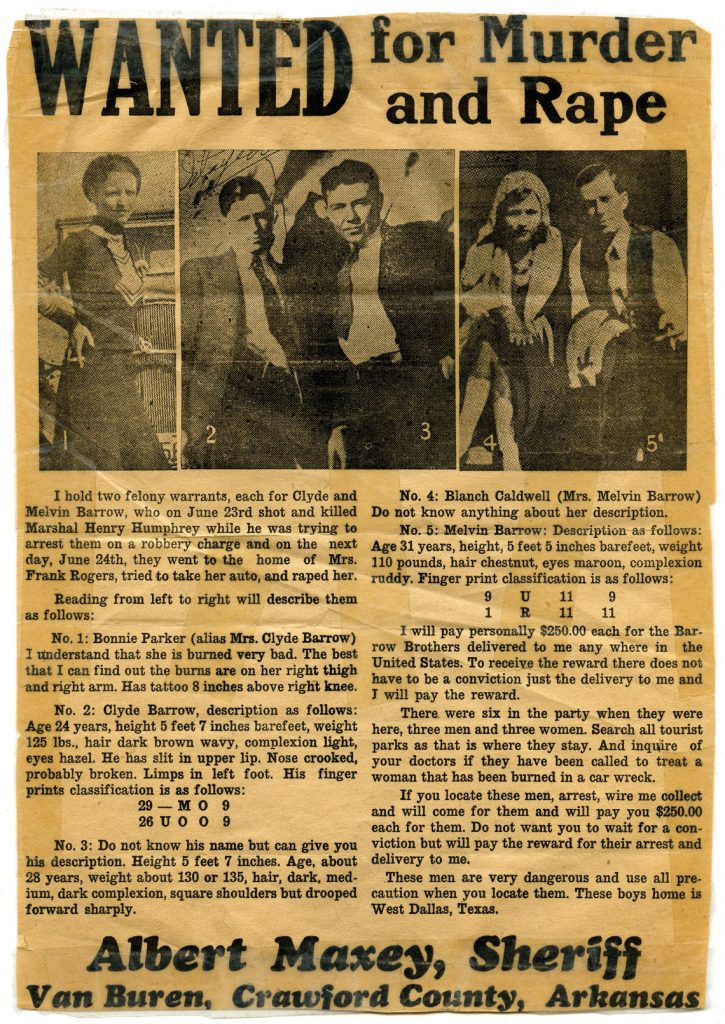