Want to See The Book of Mormon? Enter the Ticket Lottery! 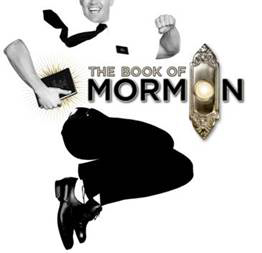 The Book of Mormon National Tour is heading to Little Rock next week, and it will definitely be a blockbuster show. This hilarious show is so wildly popular that the producers have started a lottery system to make sure theatergoers have a chance to see it at an affordable price.
During the Little Rock run, The Book of Mormon will hold a pre-show lottery at the Ron Robinson Performance Hall box office, which will make a limited number of tickets available for $25 per ticket.

To enter the lottery, patrons can submit an entry card two-and-a-half hours before each performance. Each patron will print his/her name and the number of tickets (1 or 2) they wish to purchase. The ticket winners will be drawn randomly two hours before the performance, and the winners must be present and show a valid ID to purchase the tickets.

This is a great opportunity to catch an award-winning show at a low price!
In case you’re unfamiliar with the show, The Book of Mormon tells the story of a pair of missionaries sent to spread the Gospel and their subsequent hijinks. The musical won nine Tony Awards including Best Musical, Best Score, Best Book, Best Direction, and more.

Make sure to catch the show February 12-17, at the Ron Robinson Performance Hall in Little Rock. Tickets are now on sale and may be purchased in person at Celebrity Attractions, via phone at 501.244.8800 (or 800.982.ARTS) or online at ticketmaster.com.
READ MORE: The Book of Mormon is Coming to Little Rock!