Book Report: A Roundup of Recent Releases From The University of Arkansas Press 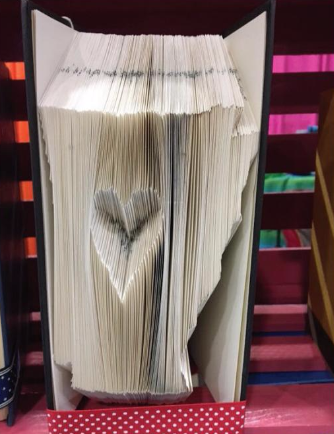 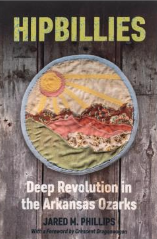 When looking back on the 20th century, the 1960s typically are considered the pinnacle of revolution and civil protest in America from the Civil Rights movement to Vietnam protests and beyond. In Hipbillies: Deep Revolution in the Arkansas Ozarks, Jared Phillips peels back the layers on the “back to the land” movement in Arkansas and how the countercultural crusade fared in Middle America.

Protest wasn’t confined to Haight-Ashbury and other coastal hotspots but was spread throughout the country, including the Ozarks, where groups of men and women sought to return “home” to the land. Phillips examines these groups’ histories, looking at their stories and how they impacted the region around them — and how the region impacted them. “Hipbillies,” both Arkansas natives and migrants from other states, had to adapt to life in the Ozarks, an area that had not yet experienced the impact of the post-war boom or the coming corporatization of Walmart and Tyson Foods. Phillips shows that these people may not have fully understood the environment that they entered — especially in regard to Ozark tradition — but that most groups embraced a work ethic that endeared them to the local populace.

The hipbillies, though, weren’t the only ones moving into Arkansas at this time. Retirees from other states were actively moving into the region — a process that Phillips says spurred the decline of traditional Ozark folkways and small farms. The clash between hipbillies and the “New Ozarks,” Phillips argues, was a key moment in the shift from Arkansas being a Democratic stronghold to a Republican one.

From small, personal stories to broad, regional analysis, Hipbillies offers an incisive look at how a little-known social movement impacted — and continues to impact — the Arkansas Ozarks. 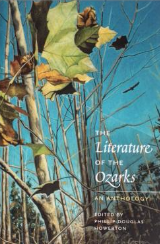 The Literature of the Ozarks

Some states have the lion’s share of literary stars. Take Mississippi — for all its faults, the state has produced more great Southern literature (William Faulkner, Eudora Welty, Donna Tartt) than virtually any other state. By comparison, Arkansas does not have the same cachet when it comes to literature.

A new anthology aims to provide deeper insight into the Natural State’s literature, focusing on the Ozarks. Editor Phillip Douglas Howerton has assembled writings from more than 30 authors, giving a cross-section of Ozark literature from the 19th century to the present day. Many of the names contained within the volume aren’t recognizable, even if you happen to be a literary buff — especially in the first sections of the book that focus on literature in the 19th through mid-20th century.

Starting with a creation story from an Osage priest, Howerton moves through travel writing, which highlights the culture of the 19th century Ozarks, to poetry, short stories and even editorials that show the shifting tides in the region during the 20th century.

The latter half of the anthology, parts three and four, contain the most arresting portions of the book, showing how authors actively sought to shape the image of the Ozarks, or in turn, deconstruct that image. The sheer variety of forms, from novel excerpts to poems to sonnets to plays, is fascinating and provides a corrective to the notion that the Ozarks is a cultural backwater.

In the final section of the anthology, several authors who have distinguished themselves on the national (if not international) stage have pride of place. Most notably, Howerton includes excerpts from The Maid’s Version, a novel from Daniel Woodrell, of Winter’s Bone fame. Other prominent names include Wilson Rawls (Where the Red Fern Grows), Miller Williams and Frank Stanford, the bad boy of Arkansas letters. Most interestingly, science fiction writer Robert Heinlein has a selection in the book — a tale from his Starman Jones series. These name-brand authors offer a little more recognition for readers after an extended period of lesser-known writers.

Most of the pieces included in The Literature of the Ozarks are short pieces, as befits an anthology, but the whole provides a panorama of the region and emphasizes the uniqueness of it. 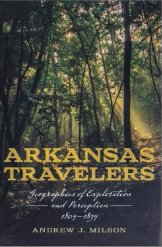 But what about the people who were actual Arkansas travelers? These individuals traversed the rough territory that would become the state of Arkansas from the beginning of the colonial period to the 19th century.

In Arkansas Travelers: Geographies of Exploration and Perception 1804-1834, Andrew J. Milson tracks a group of 19th century explorers, including William Dunbar, Thomas Nuttall, Henry Rowe Schoolcraft and George William Featherstonhaugh, who chronicled the terrain and people they found during their expeditions. Using the accounts of these four explorers, Milson is able to create a history of how Arkansas has shifted in both geography and perception in the past two centuries.

All of the travelers participated in pivotal moments in Arkansas’ pre-statehood history. Milson not only recounts the thrilling histories and stories of the travelers, but puts these stories in a larger context. This context can help readers understand Arkansas’ past geography and the cultural perceptions that travelers bring to the state.

The two most important elements that Milson focuses on in the book are place and landscape. Given that he is a historical geographer, this comes as no surprise. He defines “place” as not just a location but the characteristics that a certain location has. Landscape is equally complex — it’s not simply trees, rivers and grass but also the perceptions that people have about the land.

This scholarly tome provides a middle ground between travel writing and a history book by combining the exploits of four daring explorers with a probing eye for greater meaning. 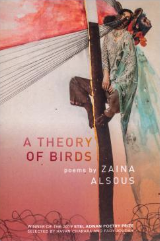 A Theory of Birds

Zaina Alsous’ slim poetry volume A Theory of Birds can be a disorienting experience but not an unpleasant one. Take the cover — even at the surface level, the book almost invites a disturbed reaction with the person with a zebra’s mouth and strange rays emanating forth. But taken as a whole, the cover becomes a cacophony of color that blends into a surreal scene that might not be fully understandable but is welcoming.

Overall, this sense of individual pieces being more overwhelming than the whole carried through the book. Individual poems could be daunting — especially the more experimental poems, such as “Can the Dodo Bird Speak,” which is a series of questions that become increasingly nonsensical. But, looked at in the entirety of the book, even these difficult poems develop meaning that may have evaded readers at first.

As the title of the book suggests, birds are a constant theme throughout. All of the book’s sections incorporate birds somehow, and many of the individual poems take their names from birds. Alsous, being of Palestinian heritage, is in conversation with a long line of poets who use birds and bird imagery to delve into higher truths.

She directly discusses politics and power in A Theory of Birds, dissecting violence, nation-building and colonialism. More than simply condemning these things, Alsous asks questions about them, poking holes in them.

Alsous won the 2019 Etel Adnan Poetry Prize, a literary achievement awarded to writers of Arab heritage for a first or second book of poetry for A Theory of Birds. The prize offers an opportunity for writers to reach a wider audience, and based on her first work, Alsous should be well on her way to a larger readership. 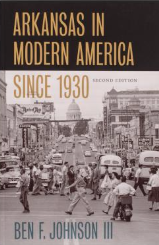 In 2000, historian Ben F. Johnson III published the first edition of Arkansas in Modern America, which sought to give a survey of Arkansas in the modern era as the state transitioned from almost-entirely rural to a more modernized region. Johnson has revised his book for a second edition, bringing the book up-to-date in 2019. Not content with merely updating the book, he rewrote the book in order to reconsider conclusions he had originally drawn and to fill in gaps.

Starting in the Depression, Johnson works his way through the World War II period and the Civil Rights Era into the contemporary period, exploring a range of political, social, racial and economic issues. As he admits in his introduction, the book does not attempt to present an overarching grand idea of Arkansas history and development, but offers instead a series of trenchant examinations of the forces that have held sway in the state throughout the years.

At the end of the book, Johnson dives into the hurly-burly of recent Arkansas developments. This encompasses anything from social developments, such as church attendance habits to economic matters. The economic and political developments are a major focus, especially the state’s late shift from being a Democratic stronghold to a Republican one.

Readers may be more familiar with the last chapters, but Johnson offers a lively mix of reportage and analysis that will enlighten even individuals well-versed in the going-ons of Arkansas politics.

Arkansas in Modern America lives up to its name as a broad look at the state’s development throughout a tumultuous 20th century that saw Arkansas both pushed to the back of the nation’s consciousness and thrust, sometimes uncomfortably, into its spotlight, and the ongoing events in the 21st century. Reading this book, you get the sense that Johnson truly believes in the importance of Arkansas and thinks you should, too. By the end, there should be little doubt that the 25th state to join the Union has had an important history and is positioned for an even more important future.

Larsen Tapped for Expertise on Warriors Featured in ‘The Woman King’
September 28, 2022
Go to Top
Never Miss An Issue!