Boom of antique stores in Mena!

A recent influx of new antique stores is helping spur a downtown revival in Mena.

Downtown Mena lies in an ideal location, situated at the bottom of the famous Talimena Scenic Drive, the winding route that offers picturesque vistas of the surrounding Ouachita mountains. The road leads to Queen Wilhelmina State Park, home to a recently renovated lodge where one can take in panoramic views from Rich Mountain, Arkansas’s second highest mountain.

According to Gar Eisele of the Arkansas Regional Coalition of the Ouachitas, Mena stands out from other communities of similar size due to the vibrancy and diversity of its downtown.

“We’ve recognized that how your downtown appears reflects the health of your community,” he said. The goals are to create a downtown that is walkable and to entice visitors to stay an extra day and explore the area.

Eisele said downtown is home to an Arts District that includes outlets like the Ouachita Little Theater (a mainstay in town since the 1920s), the Mena Art Gallery, a store called Chameleon Arts that allows people to paint their own pottery, and the restaurant and gallery American Artisans, whose owner Rick Chrisman is in charge of the Ouachita Arts Celebration, a new annual fall festival held downtown that celebrates the local arts. Varied shopping options in the area include properties such as The Rage, a boutique shop that first opened in 2010 and has now become a multi-million dollar online business. The city is also in the final stages of a $1 million downtown streetscape project to renovate sidewalks and lighting.

The addition of new antique stores and flea markets is adding to the revitalization taking place.

The antique stores that have been in town the longest include the Mena Antique Mall at 617 Mena Street and Depot Antiques on Sherwood Avenue, right across from the historic Mena Kansas City Southern Depot, which currently serves as a museum of local history. Currently there has been a charge of antique shops opening downtown. 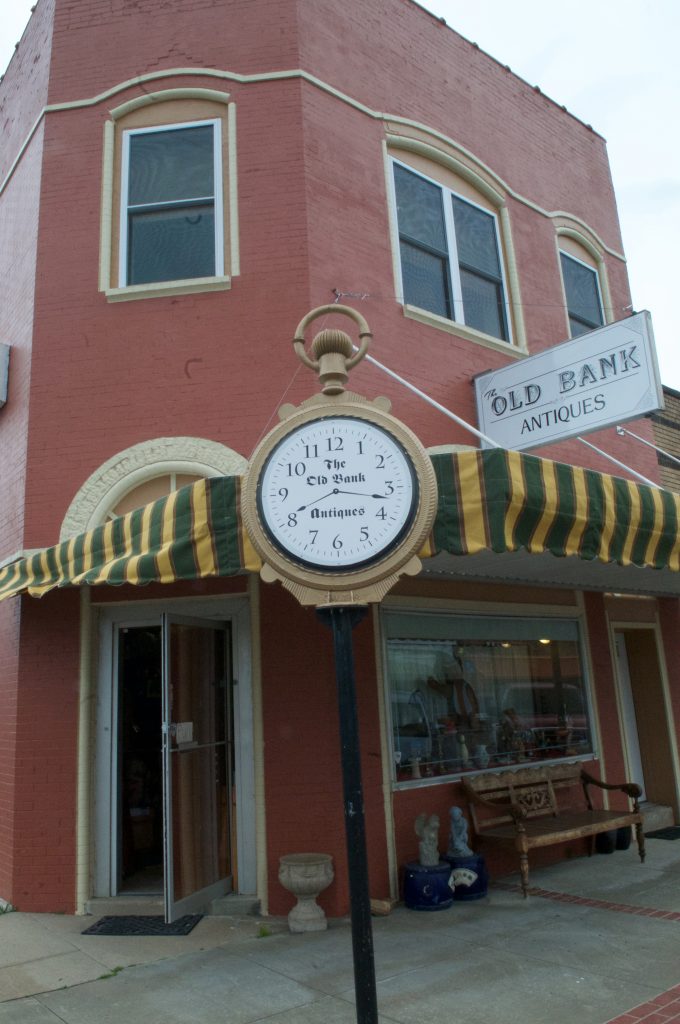 Additions to the scene include shops with interesting backstories such as The Front Porch, The Mercantile and Old Bank Antiques.

Jerry and Lori Price, who own The Front Porch at 816 DeQueen Street, took a building that had recently been remodeled for a meat market and turned it into a property where people can rent booths and sell upscale crafts and antiques. The store opened early last year. 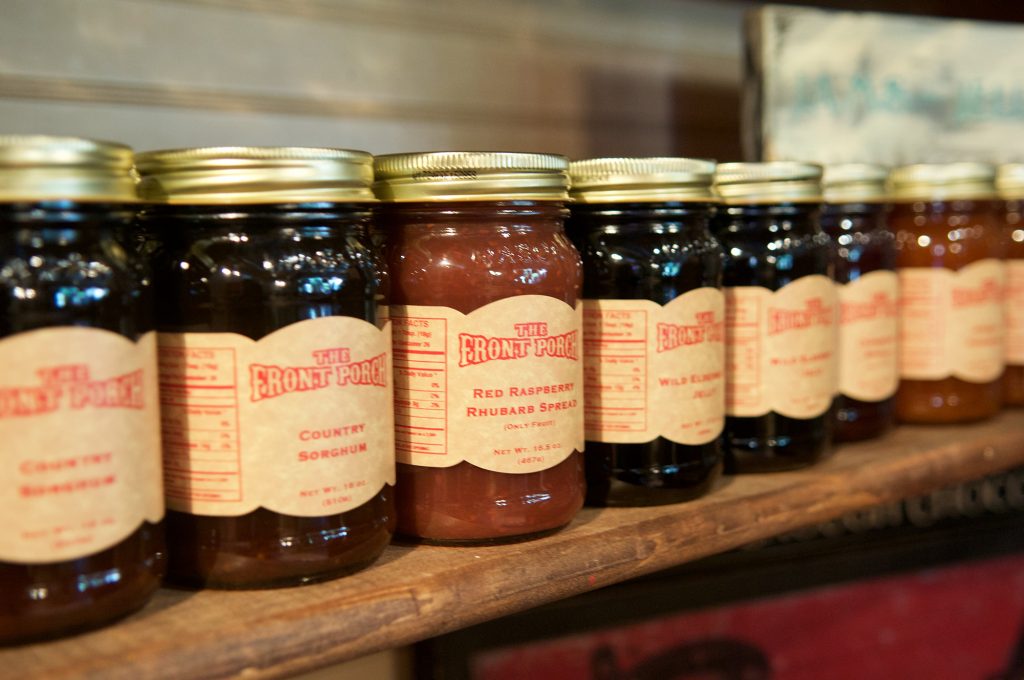 All of the antique stores in town are within walking distance of each other and there is a spirit of camaraderie among the owners. “We are all working together,” said Judy McClara, owner of The Mercantile. “None of us are in competition with each other because none of us have the same things in our stores.” According to McClara, the allure of antiquing lies in the search. “You never know what you will find,” she said.

The Mercantile is located at 622 Mena Street, on prime real estate next door to the popular Skyline Cafe. It was in late 2014 when McClara noticed that the historic building, which was built in 1899, was vacant. The property, which had been home to numerous types of operations over the years, was put up for auction and McClara bought it, coincidentally saving it from being torn down to be made into a parking lot.

It was coincidence that brought McClara to Mena initially.

She is good friends with Jerri McCoy, who owns Old Bank Antiques located nearby at 812 Mena Street. They had known each other from their school days in Texas. A few years ago McCoy, who was living and working in Galveston, Texas, at the time, told her she was in the midst of renovating a building in Mena to open as an antique store once she retired. She invited her to visit and see the building over the Thanksgiving holiday. McClara came with her family and not only enjoyed the area, she ended up buying a house in town that week, the famous Lum house of Lum and Abner, and ended up moving to Mena before her friend did.

There was a buzz around town when McCoy started renovating the building that now houses Old Bank Antiques.

“Before I retired from my county government position, I sold antiques through co-op situations in Galveston,” said McCoy. “It was a hobby business and it payed for my own hobby of collecting. I thought when I retire I’ll open a shop of my own maybe. And we had already thought of moving to Mena. When this building hit the market we were still several years away from retirement. We saw it online and thought that looks about right. We came up and looked at it and bought it several years ahead of retirement.”

The historic building was originally built in 1911 as Planter’s Bank. McCoy bought the property in 2008 and did a complete renovation of the building, opening her store in late 2014.

The properties the two friends have invested in were two cornerstone buildings downtown that had sat empty or seen businesses revolve through. “We both really wanted to do something that the whole town would be proud of,” said McCoy about the renovated properties. “The more there is here in the antique business in a concentrated area, the more it helps everybody because people make you a destination spot. We are already part of a national scenic drive on top of our local trade.”

For more details on Mena, visit www.Arkansas.com/places-to-go/southwest and click on Mena.