Brantley Gilbert Will Fire Up Arkansas in 2020 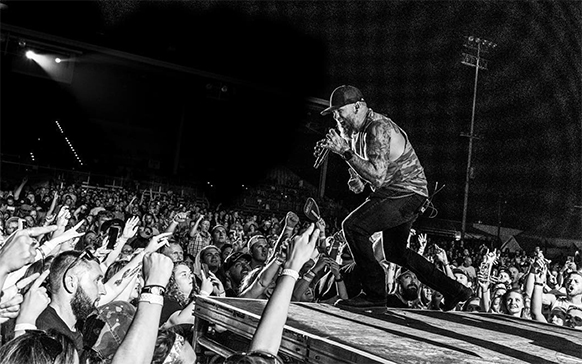 American country music superstar Brantley Gilbert will get Little Rock fired up in 2020.

Gilbert is bringing his “Fire’t Up Tour” to Verizon Arena on Friday, February 21, 2020. He will be accompanied by Dylan Scott and Brandon Lay.

Since releasing his first album in 2009, he has released a total of four albums, with one on the way in October 2019. Six of his singles have been certified platinum, with one single, 2013’s “Bottoms Up,” certified platinum four times. “Bottom’s Up” also hit the top of the U.S. Country Songs and Airplay charts, as did his songs “Country Must Be Country Wide” and “You Don’t Know Her Like I Do.” Four of his singles have gone gold. 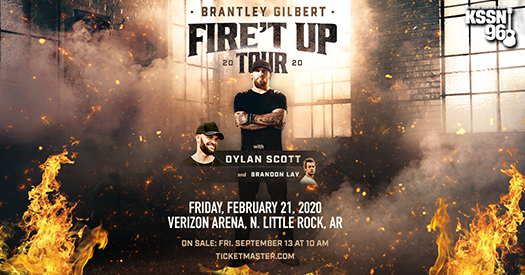 Scott is a country singer and songwriter who released his self-titled debut album in 2016. He has also released five extended play albums and seven singles. His single, “My Girl,” hit #1 on the US Country Airplay and #3 on the US Country Songs chart and was certified platinum.

Lay is a rising country musician signed to EMI Records in Nashville.

Tickets for the concert will go on sale Friday, September 13, at 10 a.m. They will be available both at the Verizon Arena box office and online. Tickets will range in price from $40.25-70.25, and there is an eight ticket limit per household.

READ MORE: Making the Most Out of the Arkansas Outdoors