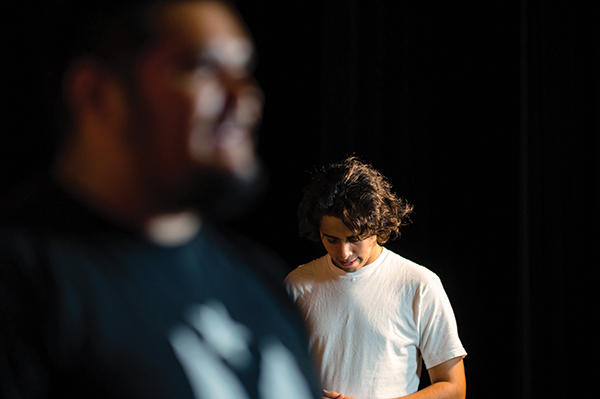 Art, specifically of the performance variety, doesn’t exactly have a history of inclusivity. In recent years, a wider range of faces and voices has begun to find time in the spotlight, representing the wide net that America has to offer. Among those at the forefront of that cause in Arkansas is the LatinX Theatre Project (LXTP) in Fayetteville.

Ashley Edwards, artistic director at LXTP, was teaching in the theater department at Northwest Arkansas Community College in 2017 when she was approached to start a theater program for local Latinx youth. 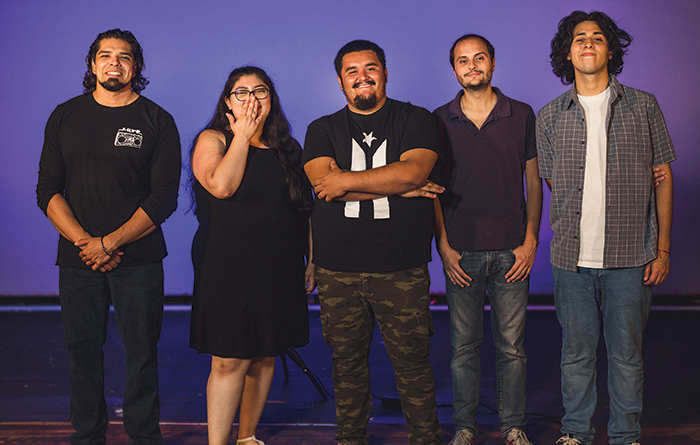 LXTP is unique in its approach, execution and cast of characters.

“The purpose of the project was to get the local Latinx youth involved and share their stories,” Edwards says. “The local Latinx population is underrepresented, and we wanted to uplift their voices. It says Latinx, but we don’t only have Latinx artists in our program. We want to share all stories.”

Kicking off in spring 2017, the program performed at Northwest Arkansas Community College with a performance organized by Edwards. The debut play was so well-received that the Crystal Bridges Museum of American Art invited the group to perform the following weekend — and a few more after that. 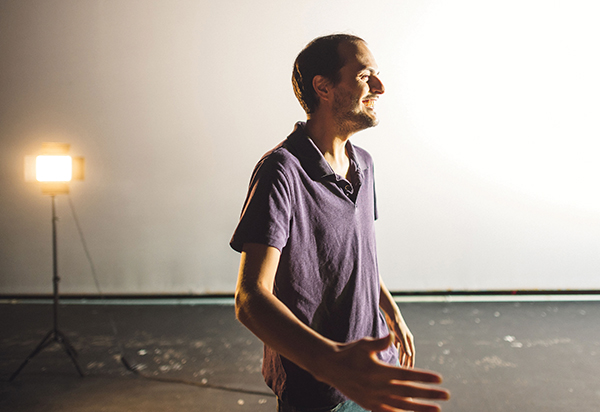 “Funding at that time was provided by the Brown Foundation and the Walton Family Foundation, and because the program was so loved by the community, we came together and applied for another year of performances,” Edwards says. “We brought all the same people back and invited more.”

Associate Artistic Director M. Sativa Vela was part of the first ensemble. She, along with other original members, stayed on and is still helping the program grow.

“When I joined, a few of us were all seniors in high school, and it worked that year because we were about to graduate,” Vela explains. “Once we started to grow, we noticed 18-and-up works better — especially for traveling and for the contracts. [The process] is more mature.” 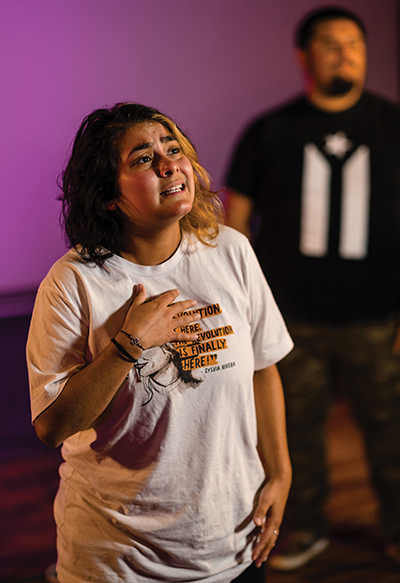 The traveling Vela references does not only pertain to locations around Arkansas. LXTP has journeyed to Los Angeles and Chicago, to name only a few destinations. In the four years that the program has been around, the ensemble has evolved to include diverse forms of artistic expression.

“One big thing about our company that’s different from every other company is that everything we create is from us,” Edwards explains. “We create new rights of work, and that’s kind of why I was brought on at the beginning to write plays with everyone. Now, everyone writes, everyone performs, and everything is a group effort. Movement, music, poetry — we have all different types of artists in our group and we’re committed to being nontraditional. We want to be different intentionally.”

On top of live stage performances, LXTP also records its own music for different platforms. With the help of its very own music producer, the ensemble uses music as another outlet to share stories and reach out to audiences. Whether it be a play or a song, everything LXTP creates is purposeful. 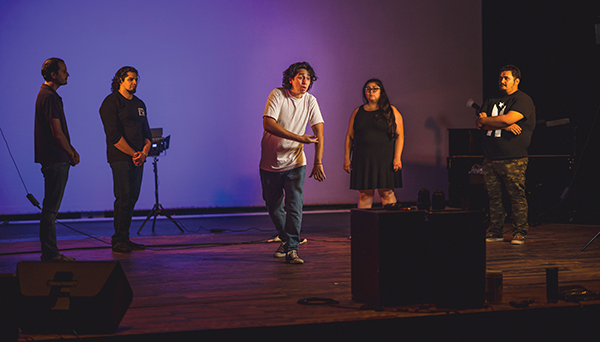 “The first year we started, 2017, was a pretty sensitive year — especially for immigrants in our family,” Edwards shares. “So right off the bat, we were confronting issues that were not talked about enough. I know there’s a lot of people that hadn’t engaged in these conversations before, but seeing [stories] played out in front of you can change perspective. [The audience] becomes a part of these characters, [the audience] follows these characters and [the audience] understands their story better. I think we can help people know what’s going on and how [social issues] affect individuals. Why do we do this? I think this goes a lot farther than preaching to them or giving them a lecture with educational materials. I think it’s just a really good and different way because it’s interesting and captures attention where attention needs to be.

“The Southern region of the United States does not have a reputation for being the most accepting or inclusive place for minority groups. These stories that LXTP is sharing and the conversations the ensemble are busting the doors open to are the reality of so many individuals in the community. 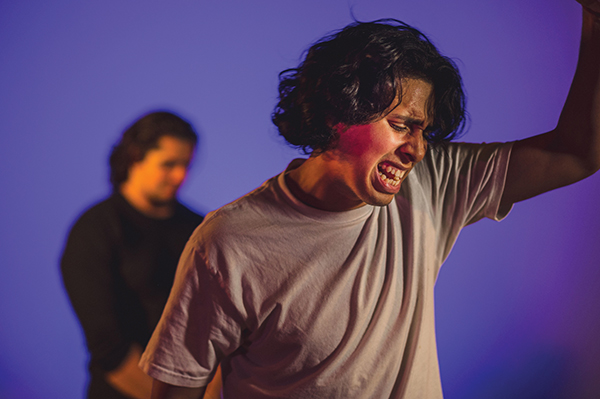 “I work with a lot of different people in the entertainment industry, and they say the same thing: ‘Why in Arkansas? What are you doing?’ I think there’s not a more important place in the world to do this. If these conversations are only happening in New York, it’s never going to reach middle America. If we’re not out in the community reaching every single person and trying to make a change, then what’s the point?”

Human rights and inclusive environments have been a hot topics for centuries, and one who needs to hear these stories and feel the weight of a large percentage of the community’s reality is in the audience, the mission of LXTP reaches those that have been missing out on representation.

“The responses that we receive from the Latin community are always along the lines of,  ‘Thank you for representing us on stage, especially here in this community and in this way,’” Edwards says. “This isn’t traditional Latin American art; these productions are about true stories of real people. [The stories] are always told in a different way and never what you would expect. Any person and any culture is able to tell their story through LXTP. We will always have social change elements at work.” 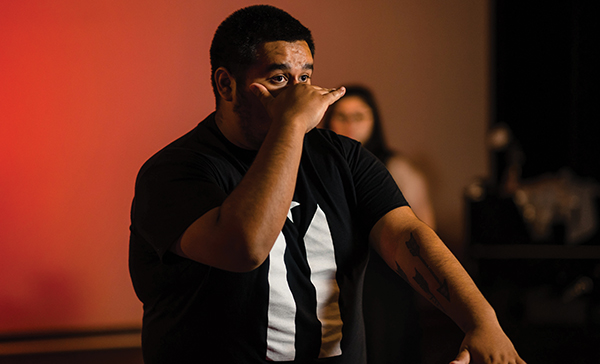 The program has started reaching out to educational groups, such as libraries and schools for workshops. Learning about kindness and awareness can never happen too early, and the program projects continued growth for the next few years to continue reaching out to the community about making Arkansas a safe place for everyone.

“We’re going to keep growing as an organization with education and support,” Edwards says. “We would like to become standardized with our education, and this year, we’re going to start Writing Workshops in the community. People want to work with us, and the workshops will give us a chance to learn from their own stories. Some people don’t want to commit to LXTP for a whole season because of schedules, so this is a great way we can share our skills and help the community to get involved. This is a big part of what we’re trying to do for the next year.” 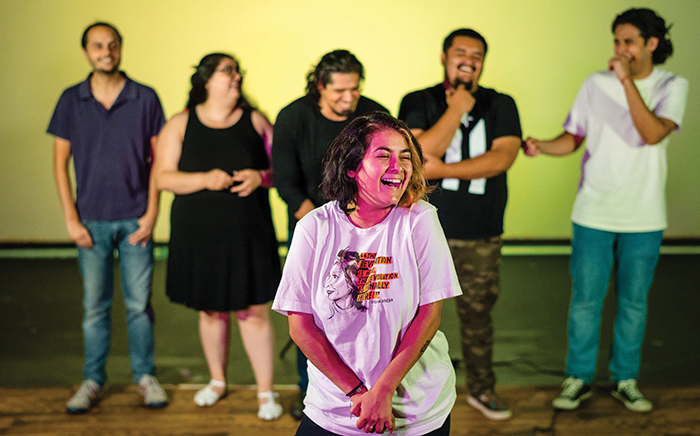 The previous year with COVID-19 helped LXTP to push their creativity and brainstorm more ways to continue moving forward. Cast members could no longer meet in person, so another form of art, technology, was added to the list of skills. Performances became virtual, more music was produced, and perseverance was tested. In the end, the mission prevailed.

“We always have to go back to the mission,” Edwards shares. “We’re committed to continuing an inclusive conversation about community identity. There are too many current events and things happening in the world to stay silent.” 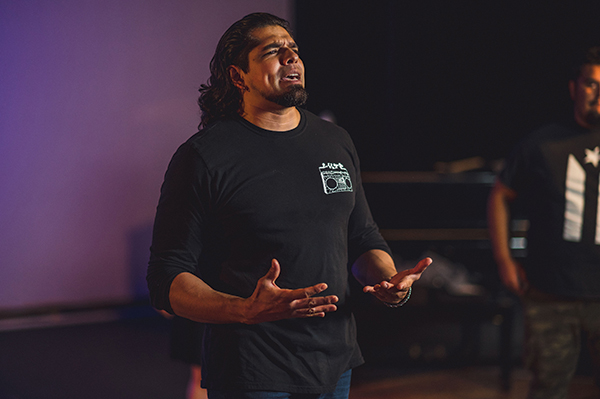 LXTP is back to rehearsing in-person, much to everyone’s enjoyment, and the first live performance since COVID-19 is set to take place this month.

There will never be a shortage of stories for LXTP to share, as the hardships that so many families in the community face can be traced back generations. Though talking about such things may be difficult, LXTP makes it very clear that they won’t stop shedding light on the truths of everyday life.