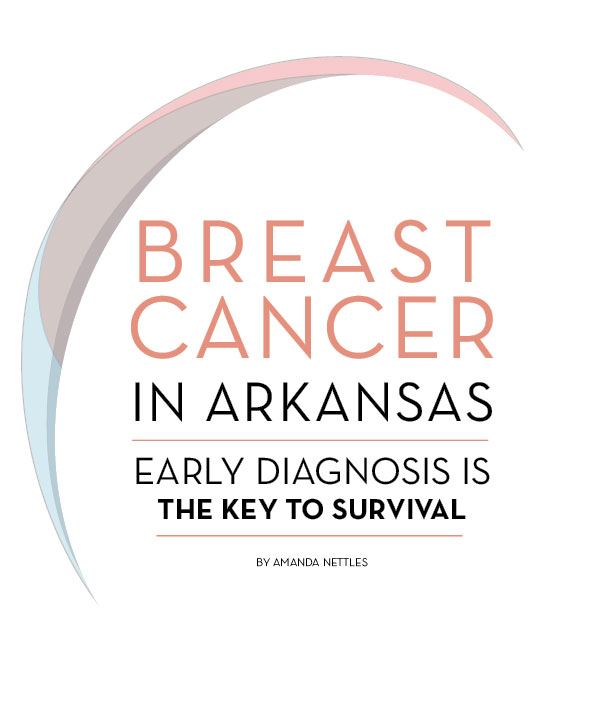 This disease affects millions throughout the United States, including many people all across Arkansas.

Breast cancer begins in the body due to the formation of abnormal cells. These particular cells are usually found in a mammogram or individuals may find a lump, which may indicate an abnormality, when doing breast self-exams. Early diagnosis is extremely important so that when people suspect a problem, they can be diagnosed and should seek medical treatment.

Sissy Jones is a role model to everyone in the Arkansas community. She battled – and defeated – breast cancer with strength, faith and optimism. Jones opened this year’s 2017 Runway for the Cure, an event hosted by Susan G. Komen Arkansas, with a compelling speech. Jones said she appreciated Jefferson Regional Medical Center and her family’s support. She decided she wanted to be treated locally. She made it through the experience because of God, she said. 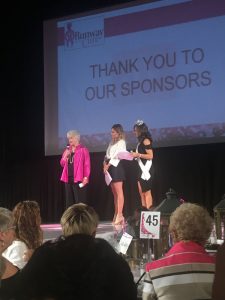 Sissy Jones speaks at the 2017 Runway for the Cure event.

She says what Susan G. Komen does as an organization is worthwhile.

Jones is very passionate about her strength and always has a positive attitude. “I get up every morning and this is what I say, ‘Regrets over yesterday, the fear of tomorrow are the twin thieves that rob you of your happiness, and I’m not going to be robbed.'”

“In Arkansas, approximately 2,000 women are diagnosed with invasive breast cancer annually,” according to Holt.

“The earlier female breast cancer is caught, the better chance a person has of surviving 10 years after being diagnosed. In Arkansas, on average, 62 percent of women with breast cancer survive 10 years or longer after diagnosis,” Holt says.

According to the 2017 American Cancer Society facts and gures, approximately 1,688,780 new cancer cases will be diagnosed in 2017.

Charles Mabry, M.D., medical director of physician practice management at Jefferson Regional Medical Center (JRMC), says breast cancer cells can develop from one cell to two cells to four and so on. Cancer cells can stay localized for a while, and that is why early detection is so important, he explains. “The sooner we can make the diagnosis of breast cancer, the more likely it is that we can cure the patient.”

“The mammogram is so important because it can locate early signs of breast cancer, such as calcium deposits, that can develop long before the patient can feel a lump or mass in the breast.”

Dr. Mabry says Arkansas does not necessarily stand out in statistics or have an increase in diagnoses compared to other states, but the death rate is higher due to the fact that patients go to the doctor later in the course of the disease.

“I do think in areas of Arkansas that are underserved and have people that do not attend regular visits have a much higher death rate from breast cancer,” he says.

Every individual throughout Arkansas is affected by breast cancer in some way, whether it be an acquaintance, a friend or a loved one who is suffering. Be supportive of those who are affected by the disease, as they cannot fight the battle alone. Take action in performing breast self-exams regularly, attend scheduled mammogram appointments and always keep an eye on your overall health.