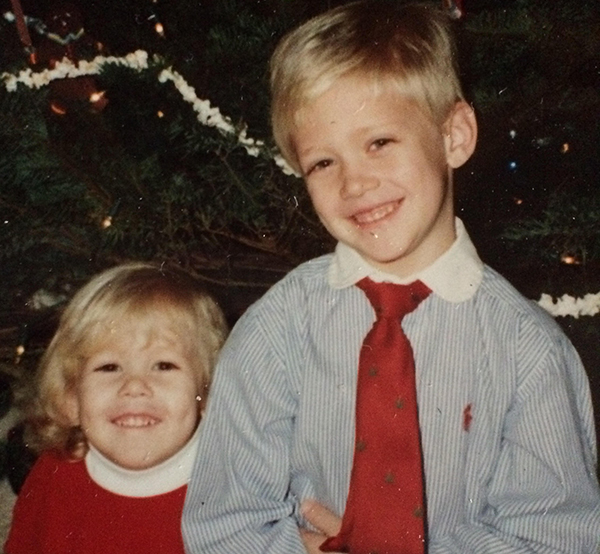 Through the years: siblings John Miller (brother) and Jordan Pennino (sister) from their early childhood to today.

Breathe in, breathe out. Repeat. The rhythm is a constant, subconscious function of the human body.

According to the Cleveland Clinic, the normal respiratory rate (number of breaths per minute) for the average resting adult is 12 to 20 breaths. That’s around 23,040 breaths per day if you’re counting. With lungs free and clear of obstruction, many take for granted this repetitive routine. But not those afflicted with cystic fibrosis (CF), a chronic disease attacking the lungs and digestive system.

CF is an incurable disease that lasts for, and cuts short, the lives of those afflicted. Up to now, merely managing the disease has been a constant battle just to extend the life expectancy of individuals with CF to about half of the normal rate. But two new medicinal breakthroughs are changing the entire landscape of life for people with CF. It is a newfound hope for more; more normalcy and more life.

For Arkansas siblings John Miller and Jordan Pennino, who both have CF, this hope provides an optimistic horizon and a new outlook on life. 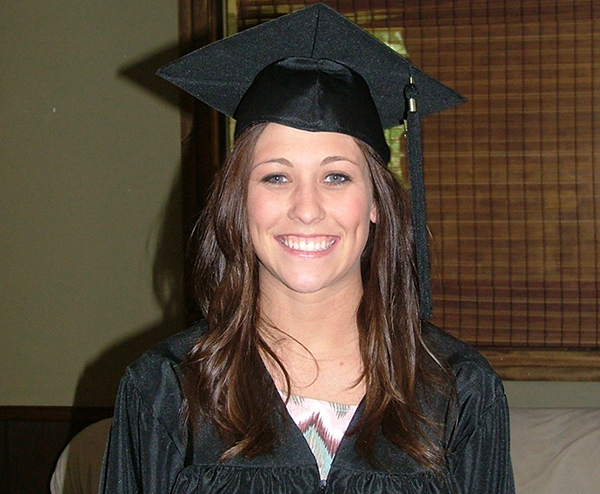 According to the Centers for Disease Control and Prevention, CF is “a chronic, progressive, and frequently fatal genetic (inherited) disease of the body’s mucous glands.” Children and young adults are victims of the incurable disease, which impacts the respiratory and digestive systems, as well as sweat glands and the reproductive system.

CF is caused by “mutations in the CF transmembrane conductance regulator (CFTR) gene that affect the production of the CFTR protein,” according to the Cystic Fibrosis Foundation. Each person has two copies of this CFTR gene. If the protein is not made correctly, there is an imbalance of salt and fluids inside and outside of the cell, which leads to “thick, sticky mucus in the lungs, pancreas and other organs.” 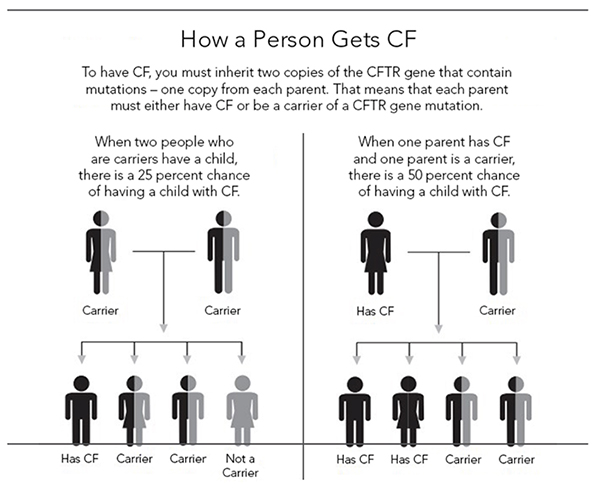 “The most common afflictions would be repeated lung infections due to tissues with clearance that lead to scarring,” explains Nikhil Meena, MD, FCCP, an interventional pulmonologist at the University of Arkansas for Medical Sciences. Dr. Meena says patients usually require supplementation of pancreatic enzymes to digest their food, as many tend to develop diabetes and liver dysfunction.

The Cystic Fibrosis Foundation reports more than 30,000 children and adults in the United States have CF, and around 70,000 worldwide. About 290 Arkansans live with CF with about 15 new cases annually, according to Meena.

Patients face an uphill battle as hospital admissions are to be expected. “The lungs are scarred and prone to infection. As the scarring worsens, patients have problems exhaling and can get ill enough to require lung transplantation,” Meena explains.

Time is treasured and in short supply. Meena says the average lifespan for all CF patients is 37.5 years, although mild cases are sometimes diagnosed in the mid-60s. In severe cases, patients might require a lung transplant by their 18th birthday. With a new set of lungs, the average survival is 50 percent at five years. In the most extreme transplantation cases, patients may live into their mid-20s. 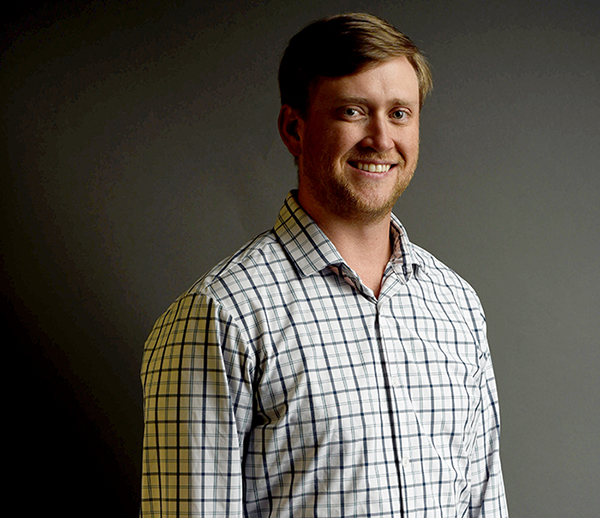 Growing up and living with CF has its own set of challenges. For one Arkansan, CF figures into every decision, every day.

John Miller experienced pulmonary issues from birth. Born in 1985, Miller has lived with the disease for 33 years. His parents were carriers of the recessive gene. While there was family history on his mother’s side (the disease claimed the life of a cousin), there was none on his father’s. Considering the issues experienced by the infant Miller, a sweat test was used to determine the concentration of salt in his sweat, which could, in turn, diagnose CF.

“I fell into a larger gray area of the presence of CF,” explains Miller. “Thinking perhaps that I didn’t have CF, my parents thought it was a premature diagnosis.”

Once Miller entered middle school, everything changed. “I experienced several years of health complications with my lungs and sinuses. The big thing was the coughing.” Agonizing and incessant coughing battered Miller’s body through many sleepless nights. The kind of coughing that you “can’t get over and can’t get through.”

As a teenager, Miller was retested and diagnosed as CF positive. The same diagnosis fell to his younger sister, Jordan Pennino, who was also hitting her teenage years. “Once diagnosed, we had a pulmonologist to head up our care, a whole team through the CF clinics, ENTs, and dieticians — all to address the secondary symptoms to manage the disease.”

Miller says relief from the effects of CF was, for years, out of reach. “There weren’t any drugs, and it was all about managing the symptoms, which involves daily pulmonary therapy to break up the buildup of mucus in the lungs and help loosen it up so I could cough it out. There’s a lot of malnutrition involved with CF, which thankfully, I didn’t have as much issue with. But a lot of CF patients have to take a bunch of enzymes with every meal to help digest foods and absorb the nutrients.”

Another layer folded into life with CF is precautioning yourself to others with the disease. According to the Cystic Fibrosis Foundation, it is “essential” that two individuals with CF be at least six feet apart from each other at all times, as that is how far germs can travel via coughs or sneezes. The spreading of these germs between individuals with CF is called cross-infection and can lead to potentially life-threatening circumstances.

In 2012, the FDA approved KALYDECO® (ivacaftor) as the first medicine to treat the underlying cause of CF. Three years later, ORKAMBI®, a lumacaftor/ivacaftor combination drug, received FDA approval. The Cystic Fibrosis Foundation says ORKAMBI® was approved for people living with CF ages 12 and older who have “two copies of the F508del mutation, representing 8,500 people or nearly one-third of the CF population in the United States.”

KALYDECO® was revolutionary for the Miller family. “We started taking it and, especially for Jordan, it was life-changing,” says Miller. “Her quality of life just skyrocketed. It’s not a cure, but it goes to the underlying biology that causes most of the symptoms and helps correct that.”

Miller says he doesn’t recall a time that his sister has been hospitalized since taking KALYDECO®. “In the years leading up to the medication,” he recalls. “She was probably admitted at least once a year for infections.”

Currently, Miller does not have to take KALYDECO® as he has been able to manage CF without it. “I’m sure there will come a day where my disease will progress to the point where I will need it.”

Sometimes Miller has a need for inhaled medication to “help open airways and clear things out.” Most critical to Miller is pulmonary therapy, which requires a compression vest. He uses the vest 20 to 30 minutes daily to inflate and shake his lungs, loosening the built-up mucus. Miller says aerobic exercise can offer the same effect to keep the lungs healthy, working and clear.

According to Meena, CF patients see a pulmonologist at least four times a year, and might also need to be admitted in between those visits for antibiotics and other treatments. Miller’s case is less severe. “We’ve got it under control to where I’m only having to visit the pulmonologist every six months,” Miller says.

Today, the Miller siblings are thriving. Miller, recently married, is a practicing attorney at Rainwater, Holt & Sexton in Little Rock. Pennino, based in Chicago, Ill., works in digital advertising. 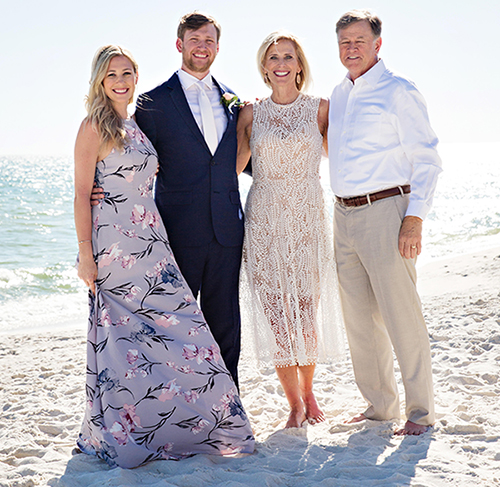 A life-long optimist, Miller is a staunch advocate for CF research and supporter of the Cystic Fibrosis Foundation’s Arkansas chapter. “Ninety percent of all the money they raise goes straight into CF research,” Miller says. “My family has been very active, and we’ve really enjoyed seeing the amazing support for the CF Foundation.”

With new gene therapies, Meena says the outlook for CF patients is “getting better and better” with an average surviving age that is now four times longer than in 1962, when it was only 10 years.  Research continues on “combination gene therapy and drugs like cannabinoid analogs that decrease the decline in respiratory function.”

Miller believes that more answers are just around the bend. “Research is so promising that we’re going to find a cure for CF,” he posits. “I am going to live a long, happy life. I’m going to get that opportunity, hopefully, to see my children grow up and many [others] will get to see their children grow up. There’s a lot of reason to be hopeful — for everything.”