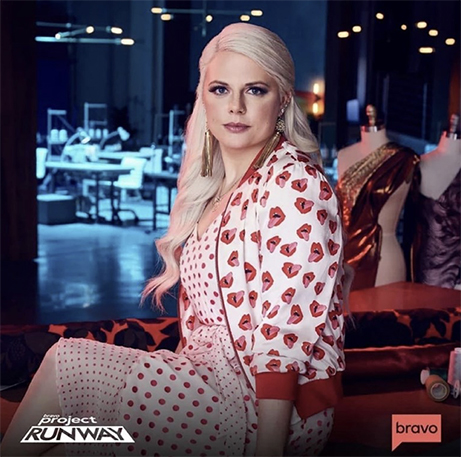 An Arkansas native will be competing on the hit Bravo show Project Runway.

Brittany Allen, a Fort Smith native and University of Arkansas alumnus, is one of 16 designers who will be competing on Project Runway, a fashion design show.  Now in its 18th season, the show has become a springboard for new design talent, including Project Runway host Christian Siriano.

Allen has developed her fashion skills over time, graduating from the University of Arkansas’ School of Human Environmental Sciences in the Dale Bumpers College of Agricultural, Food and Life Sciences with a degree in apparel studies. She went on to obtain a Master’s of Fine Arts degree in fashion design from the Savannah College of Art and Design and is currently seeking a doctoral degree in apparel, merchandising and design from Iowa State University.

The 29-year-old designer is currently a pattern maker and computer-aided designer for Understated Leather and also operates her own brand, Brittany Allen. In addition, she teaches fashion design in Austin, Texas.

Allen has already designed clothes for several notable celebrities, including Lady Gaga and Jon Bon Jovi. Her aesthetic, she says, is “Dolly Parton and Betsey Johnson had a baby who was then raised by Anna Wintour.”

“Brittany’s goal as a designer is to bring fun and excitement back into the fashion industry, and her designs are meant to make women feel more empowered and beautiful,” according to a Bravo news release.

As part of Project Runway Allen will competing for a $250,000 grand prize, a feature in ELLE Magazine and a mentorship with the Council of Fashion Designers of America. There are also additional prizes sprinkled throughout the show.

READ MORE: Cher is Coming to North Little Rock in 2020