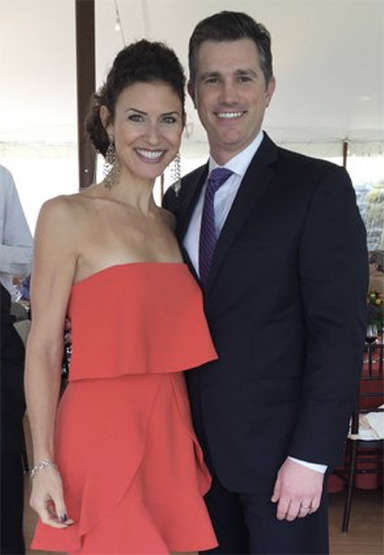 A new professional theater is being born in northeastern Arkansas. Jonesboro native Matt Cavenaugh and his wife Jenny Powers are launching the Link Theatre Company, a nonprofit, professional theatre that will be located in Jonesboro.

The new theater has been incorporated, and the first show is set to open in March 2020. According to the Arkansas Secretary of State’s website, the Link Theatre Company was incorporated on Sept. 24, 2019.

Cavenaugh is set to make his directional debut with the inaugural show, The Fantasticks, according to Playbill. The show is planned for March 6-8 at the Glass Factory in Jonesboro.

A Broadway power couple, Cavenaugh and Powers both have a long resume of performances on the Great White Way and beyond. Cavenaugh portrayed Tony in the revival of West Side Story on Broadway in 2009. He has also played Jimmy Smith in the national tour of Thoroughly Modern Millie, Bud in the 2003 Broadway production of Urban Cowboy, Joseph Patrick Kennedy Jr. in Grey Gardens and more.

Powers has had an equally illustrious career, playing the brassy Rizzo in the Broadway revival of Grease in 2007. She was Meg March, the oldest March sister , in the musical version of Little Women in 2005. Powers also appeared in the 2007 revival of Stephen Sondheim’s Follies.