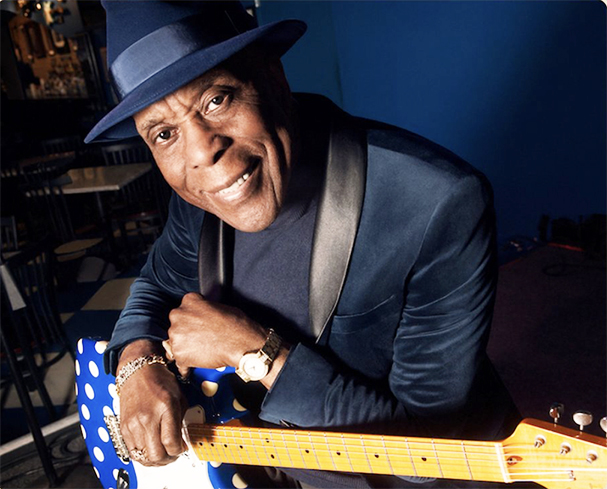 Get ready to rock and roll next week!
The celebrated blues musician Buddy Guy will perform live at Reynolds Performance Hall at University of Central Arkansas in Conway, on Thursday, Sept. 20, at 7:30 p.m. 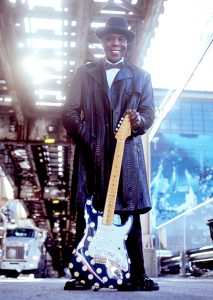 Guy is an award-winning blues guitarist and singer who is the recipient of seven Grammy Awards, a record 37 Blues Music Awards and a 2015 Lifetime Achievement Grammy Award. For his contributions to American music, Guy received a Kennedy Center Honor and the Presidential National Medal of Arts.
RELATED: A Musical Road Trip to the Arkansas Delta
Inducted into Rock and Roll Hall of Fame in 2005, Guy has influenced not only the blues, but rock n’ roll and other music styles. His impact on younger musicians, including rock stars like Eric Clapton and Jimi Hendrix, is almost immeasurable. Rolling Stone named Guy the 23th greatest guitarist on its “100 Greatest Guitarists” list.
Guy continues to influence the course of music history by mentoring younger musicians. During the Conway performance, Guy will be joined by Quinn Sullivan, his 18-year-old protégé.
Tickets are available for $30 to $40 for the public and $10 for students and children. To reserve tickets, visit www.uca.edu/reynolds or contact UCA Ticket Central at (501) 450-3265. The office is open Monday through Friday, from 10 a.m. to 4 p.m.
RELATED: Check out the lineup for the 2018 King Biscuit Blues Festival in October.