In the ever-changing game of home building and remodeling, Arkansas’ major players can summarize the future down to three words: Bright. Clean. Open. 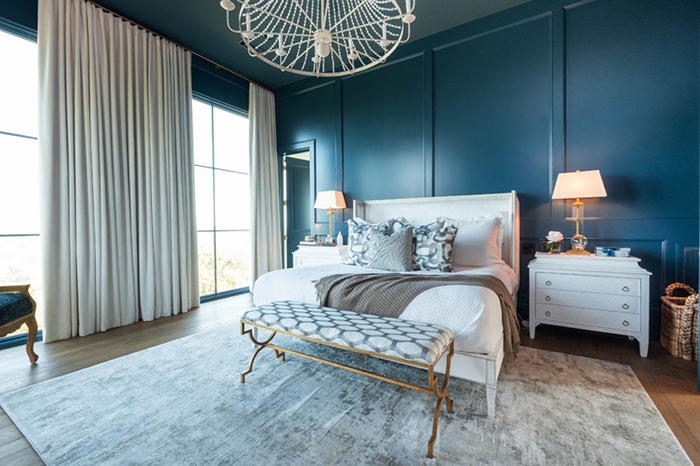 Tracie Kelley, the owner of KellCo Custom Homes, concurs. “We’re bringing back bold. Floor-to-ceiling windows are a modern, clean statement, and I expect to see surrounding environments becoming more utilized — people want to bring the outdoors in,” she says.

Beyond houses getting literally brighter, their very walls are beginning to bloom. After years of following austere, sterile color palettes of grays and whites, people are finally starting to want a little more spark in their surroundings. “Gray is on its way out. Keep a close eye out for deeper hues and bold finishes,” says Kelley, who also points to stylish black and metallic tones in appliances as an example of the public’s appetite for boldness.

Parkinson’s prediction is a bit more reserved, saying, “We’re definitely seeing things warm back up, but people seem most interested in shades of off-white. Still, that lends itself to a warmer color palette in general, and there is a large shift away from gray.” 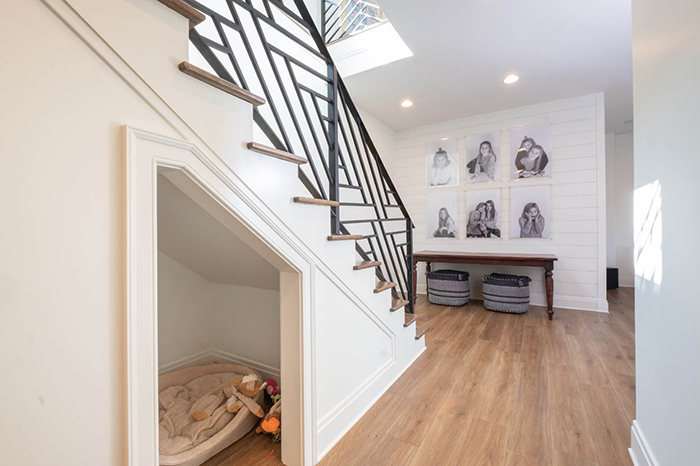 Obviously, everyone wants a clean house, but we’re not talking about tidiness.

“We’re building a lot of new homes in a contemporary, almost modernist style,” says Parkinson. “There isn’t a common, across-the-board theme, but everyone wants clean lines, geometric shapes and molding that is either minimal or nonexistent.”

Kelley sees it differently, seeing a clear overall movement toward a specific architectural style. “I’d say modernist is the front-runner for designs,” she says. “It’s a popular statement, modernist homes have a complex overlay of functional design and clearly articulated lines and geometry.”

Kelley believes the next decade will bring a wave of minimalist, almost industrial houses, but she believes they’ll still retain a comfortable, homey feel. 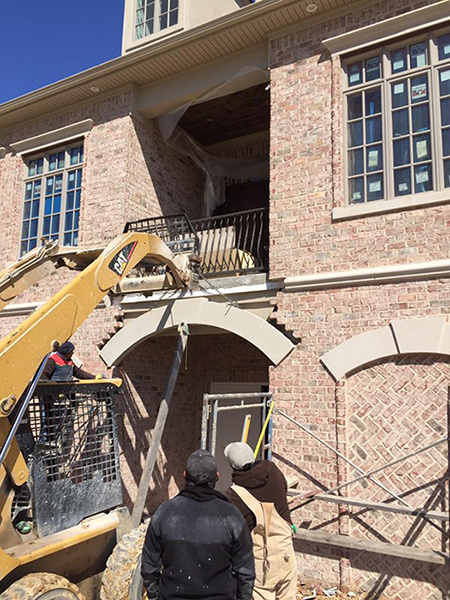 A Richard Harp home under construction.

Homebuilders have been breaking down dividing walls since the 1990s, and they show no signs of slowing down. As far as we can tell, open-concept floor plans are the past, present and future of residential construction and remodeling.

“Our design plans are simplifying. People want a more open feel,” says Parkinson. “Even when they want a more traditional exterior, their interiors are still just as open as any contemporary home.”

Kelley agrees that open-concept still reigns as the once and future king of home design. “Open-floor plans and large windows are extremely popular,” she says. “People want their homes to be a celebration composed of authenticity, transparency and efficiency. Open plans are the perfect vehicle for that design philosophy.”

Unlike pagers and mullets, it seems that open-concept is one 90’s fad that has stood the test of time and is not going away anytime soon.