The Buttered Biscuit: Dishing Out Breakfast with Southern Flair 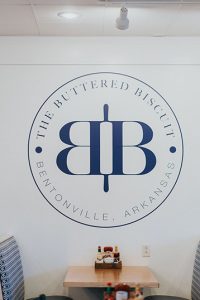 When Sam and Anna Russell moved to Bentonville in January 2016, they immediately noticed a void in the dining scene.

“We have an incredible lunch scene and anything you could want for dinner, but the breakfast niche was missing,” says Anna. “Why is no one filling this void?”

Breakfast is Anna’s favorite meal and she’d eat it three times a day if she could. 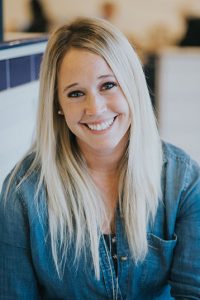 Anna has a background in restaurants and HR; Sam worked for Kellogg’s and was transferred from Michigan to Arkansas.  While she was gardening one day, Anna says she had a vision of opening a breakfast venue. She went in the house, started calling brokers and the next day met with one. She hired a restaurant consultant, bought a building, started social media accounts, and a year later, her vision came true.

On April 3, 2017, the Buttered Biscuit opened and was an overnight success.

The menu is a classic breakfast with a Southern flair. They are known for the waffles which have won several awards. (Waffles are a Sunday staple in the Russell household.) The strawberry cheesecake pancakes make customers swoon. Order it with a side of hormone-free, cherrywood smoked center-cut bacon. 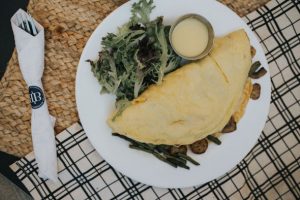 And of course, don’t forget the biscuits and gravy, made fresh daily. They bake 1,500-1,700 biscuits a week. They cure their own sausage for the gravy.  What they don’t make in-house, they source within Arkansas.

“Our ingredient focus is local because we know the importance and value,” she says.

The venue has raked in the awards, named Best Brunch and Best Breakfast in 2018, and Emerging Business of the year from the local chamber of commerce. 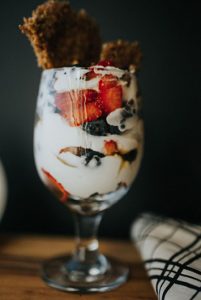 Aside from big plates of delicious fare, the Russells are trying to provide a positive work environment and offer employees health care benefits, paid time off, matching IRA funds.

“We are really trying to be on the cutting edge to take care of our staff. That’s something a lot of small businesses do not do, for good reason because it is so challenging. The restaurant industry is pretty unstable and if we can help bring some stableness to people’s lives, they may continue to grow with us,” Anna says.

The couple are already considering opening another location in the region. 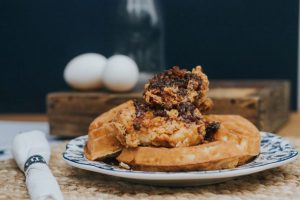 Anna is in the restaurant two days a week because since moving to Bentonville, they’ve had two little girls, Savannah and Charlotte. The girls are 1 and 2 so this mom tries to balance motherhood and work.

Anna laughs and says while she was raised in the Midwest, she’s a Southern convert.

“It’s a wonderful part of the country,” Anna says.  “We love the outdoors, the culture, all of Northwest Arkansas and the  community vibe. It’s been fantastic.  We are so grateful to the community for supporting us.” 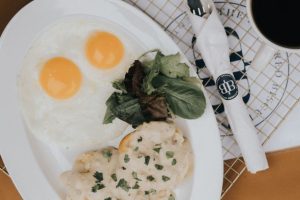 How to Help Manage Your Child’s Back-to-School Anxiety
August 5, 2020

Snacking on Appetizers at Lost Forty with Heather Baker and Carmen Rose
August 5, 2020