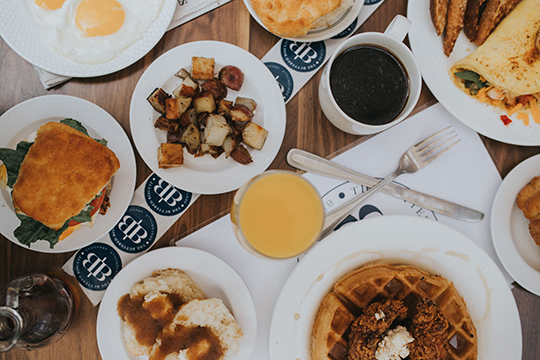 Springdale, get ready because a Buttered Biscuit location is headed your way.

The restaurant is owned by Sam and Anna Russell, who opened The Buttered Biscuit in Bentonville on April 3, 2017, and it was an instant hit.

“We chose Springdale because similar to the same reason we opened in Bentonville: we are trying to fill breakfast gaps in the community, and it’s not too far from home to manage a store. We are trying to be the pioneers of breakfast in areas that lack breakfast options,” says Anna.

Depending on permits, the restaurant should be open by the end of 2019, Anna is aiming for a November debut. It is located at 1012 JTL Parkway, Suite D, in the Har-ber Meadows District, a  master planned residential-business community. 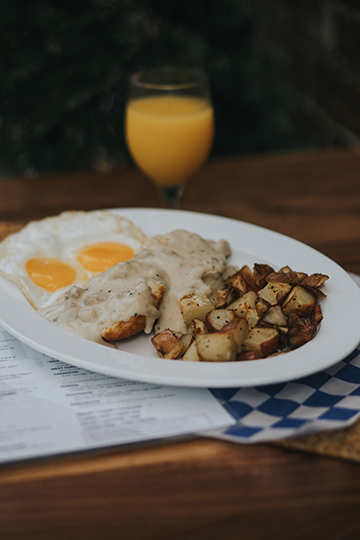 The couple, who moved to Arkansas from Michigan in 2016, have wanted to open a second location for a year, but were waiting for the right spot.

The new venue will feature the same menu as its flagship in Bentonville which serves classic breakfast favorites with a Southern flair. The Russells source locally and regionally, cure their own sausage, and serve free-range eggs and Onyx coffee.

Favorite menu items include waffles, omelets, eggs benedict, and cocktails such as a lavender infused mimosa. 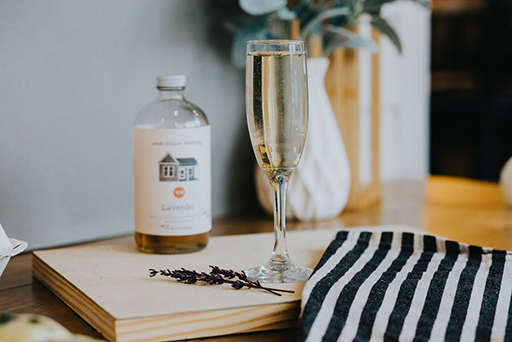 Aside from the staples, there’s a tabletop seasonal menu which features innovative fare. Anna’s favorite new fall option is an apple spice waffle with maple cream cheese, sprinkled with candied pecans and crowned with sweet whipped cream made in-house (The Russells love waffles and make them every Sunday morning).

“Sam and I primarily come up with menu options but we have a team we brainstorm with. We have avocado toast which has been a huge seller in the summer. Having a small menu more seasonally-based gives us the opportunity to try new things before we put it on the main menu. We want new ideas but keep our favorites. It gives us flexibility,” she says.

The new location is 3,000 square feet and will seat 95.  The Springdale restaurant will boast a full espresso bar and extended hours on Saturday and Sunday, open 7 a.m. to 3 p.m. 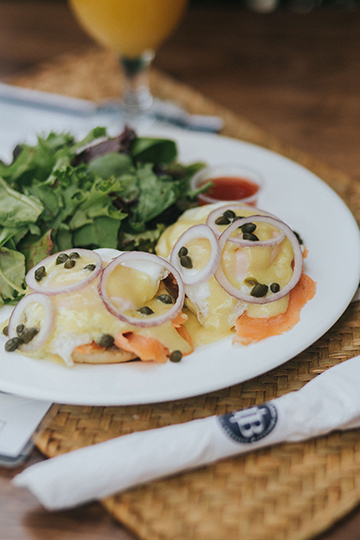 When asked if she’s considering franchising, Anna says she’s not sure.

“I think we see more locations happening but we are taking one opportunity one store at a time and then reevaluate. We feel like it would be a shame not to continue to grow because it’s been meeting such a strong demand. I just got a request to come to Chicago. We are in a constant phase of reevaluating,” Anna says.

They will either bring in a manager or promote from within. The venue has raked in the awards, named Best Brunch and Best Breakfast in 2018, and Emerging Business of the year from the Bentonville Chamber of Commerce. 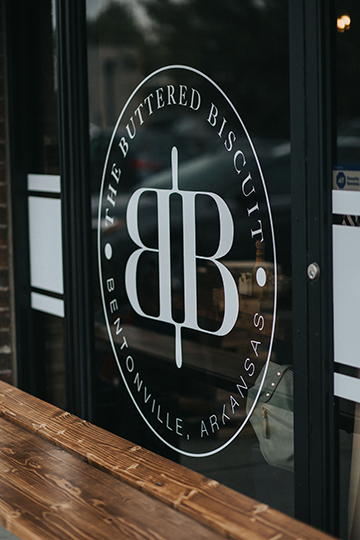 Anna has a background in restaurants and HR; Sam worked for Kellogg’s when he was transferred to Arkansas. The restaurant was so successful, he resigned from his fulltime job a few weeks after opening.

They never expected to work together but it has been amazing, she says.

“He has the corporate background I don’t have,” Anna says.  “I never imagined I’d work with my husband but it’s a huge gift. We love the flexibility and we are on the same team. We make each other strong and fill each other’s gaps. I am so thankful the Lord willed it to be this way. It’s beyond what I dreamed possible.”