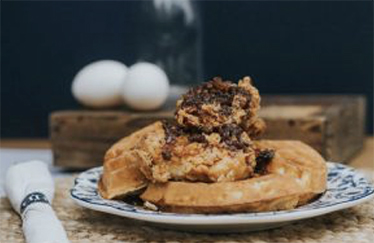 A Northwest Arkansas restaurant is adding a third location to its rapidly growing list of breakfast eateries.

This is the second new restaurant opening the Buttered Biscuit has announced in recent months. In August, the restaurant revealed its plans to open a location in Springdale. This location is now expected to open in January 2020.

During an earlier interview with Arkansas Money & Politics,  Anna Russell, owner of the Buttered Biscuit, said, ““We chose Springdale because similar to the same reason we opened in Bentonville: we are trying to fill breakfast gaps in the community, and it’s not too far from home to manage a store. We are trying to be the pioneers of breakfast in areas that lack breakfast options.”

The new Bentonville location will operate Monday through Friday from 6 a.m. to 2 p.m. and on Saturday and Sunday from 7 a.m. to 3 p.m.

“At The Buttered Biscuit at I Street, we are so excited to be able to extend the mission of bringing breakfast to food deserts and also help alleviate the parking problem that our Moberly location has experienced. We have been searching for a solution to help with this issue for over two years! It was very important to us to find a location within the city limits of Bentonville” Russell said.