University of Central Arkansas Students Find Creative Ways to Give Back 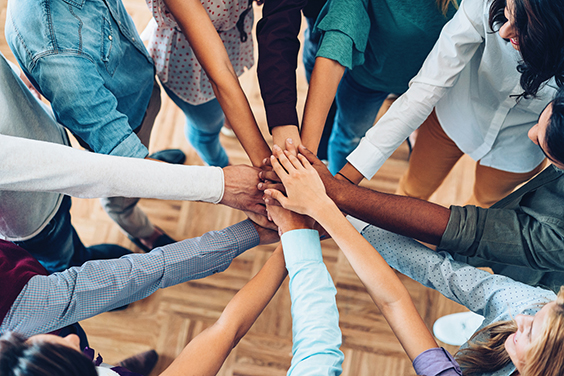 “Teaching, research and service,” says University of Central Arkansas President, Houston Davis. “That’s our core mission.”
For UCA, community service plays a bigger role than a few weekend volunteer projects. Community impact is highly considered even in the construction of new facilities.
Davis calls it being “good stewards of place”.
On Jan. 22, he announced to faculty and students in the biggest announcement in the school’s history that they had received a $20 million donation from the Windgate Foundation. Of those funds, $19 million will go toward the construction of the Windgate Center for Fine and Performing Arts and the remaining $1 million will be added to the Windgate Foundation Scholarship fund.
The WCFPA is a place Davis says the public will be invited to on a regular basis to be a part of the “artistic process.” By attending plays, operas and other events, he hopes it will be a place that sparks the creativity of those in the community, which could include future art students.
Other construction projects around campus include the building of the Integrated Health Sciences Building which will include a teaching clinic on the bottom floor.
“The entire first floor of that facility is both training and positioning our students to be active in their healthcare communities and looking for opportunities to better the overall healthcare in this community,” says Davis.
In many ways, the campus buildings are designed to promote the accumulation of skills that help students better serve communities of all kinds. Many students also take part in voluntary service programs.
In 1919, the Extension Department at Arkansas State Normal School, now UCA, came into the picture. On April 12, 2019, that department, now known as Outreach and Community Engagement, will celebrate its 100th anniversary of educating and serving the community.
Created in 2012, Outreach offers the “Service-Learning program”, where students and faculty work directly with the department. Through a number of service-learning courses, sometimes close to 100, offered in the same catalog as the school’s general curriculum, students are able to receive academic credit when they complete the class, which always includes a semester-long service project.
Put simply, Outreach maintains relationships with local non-profit and government agency partnerships to stay up-to-date on where they need extra help. Outreach then communicates the needs back to academic side of campus and tries to find appropriate partners, whether it be asking for volunteers from the general student body for a one-day volunteer project or having a specific service-learning class tackle the problem during the semester.
One service-learning class creates a public relations campaign each semester.
Lesley Graybeal, the Director of Service-Learning says that the department recognizes students with notable amount of volunteer hours. Along with other honors, Outreach offers a white graduation cord for students who have completed 100 hours of service by the time they graduate. They have given out 142 since the program was started four years ago.
From March 16, 2017 to 2018, students accumulated 27,060 recorded volunteer hours through programs like Bear Boots on the Ground, which sends out students to aid in disaster relief efforts.
“I remember as a student, looking for volunteer opportunities, I found most of mine through flyers just on campus randomly, there wasn’t like a database [like this],” says UCA 2012 alumna Lesley Waterson, who started working at the Outreach’s volunteer coordinator in August 2018.
While Outreach doesn’t require service participation, the athletic department does, but even if they didn’t, few people would be surprised to see the UCA athletes showing up for their community.
“With the culture that has been built, we don’t even have to tell [students to do volunteer], they just do it,” says Natalie Shock, the Assistant Athletic Director.
Shock is also the advisor for the Student-Athlete Advisory Committee, made up of at least two representatives from each of the 18 sports offered by UCA.
“We have probably about 40 members,” says Dr. Brad Teague, Director of Athletics. “That group really does push to do more community service.”
Shock says that many times, the department, which keeps a log of service hours, won’t even know that the kids, who are always coming up with innovative ways to serve, took part in a volunteer project they decided to pursue until the department sees it on social media.
To support athletes, community members are invited to an all-you-can-eat pancake breakfast for $5 (cash or check only) cooked by the athletes themselves at Stoby’s in Conway on February 15, from 8 a.m. to 1 p.m. The drive-through will also be an option.
The proceeds from last year’s pancake breakfast will go toward purchasing around 300 pairs of shoes for local elementary kids in need that will be distributed at the Samaritan’s Feet gathering in March, where the athletes will wash the kids’ feet and provide them with new shoes and a backpack full of school supplies. This year’s proceeds will benefit next year’s shoe purchasing and distribution.
Also coming up at UCA is Big Event, an annual one-day event of service where schools, churches and organizations of all kinds in Conway are invited to submit a request for volunteers to complete various service projects on Saturday March 9, 2019. These requests can be submitted here.  Requests are due by February 14.
“We really are attentive to how [we can] make a difference,” says President Davis.
When it comes to lending a hand, the students of UCA truly do make an effort to exhibit hands-on compassion within their community every single day and their actions do indeed speak as loud as President Davis’ words.
READ MORE: Conway Has It All