This month, after much anticipation, many hours of preparation and a number of successful holiday parties, Cache Restaurant opens its doors. We predict diners will be pleased. 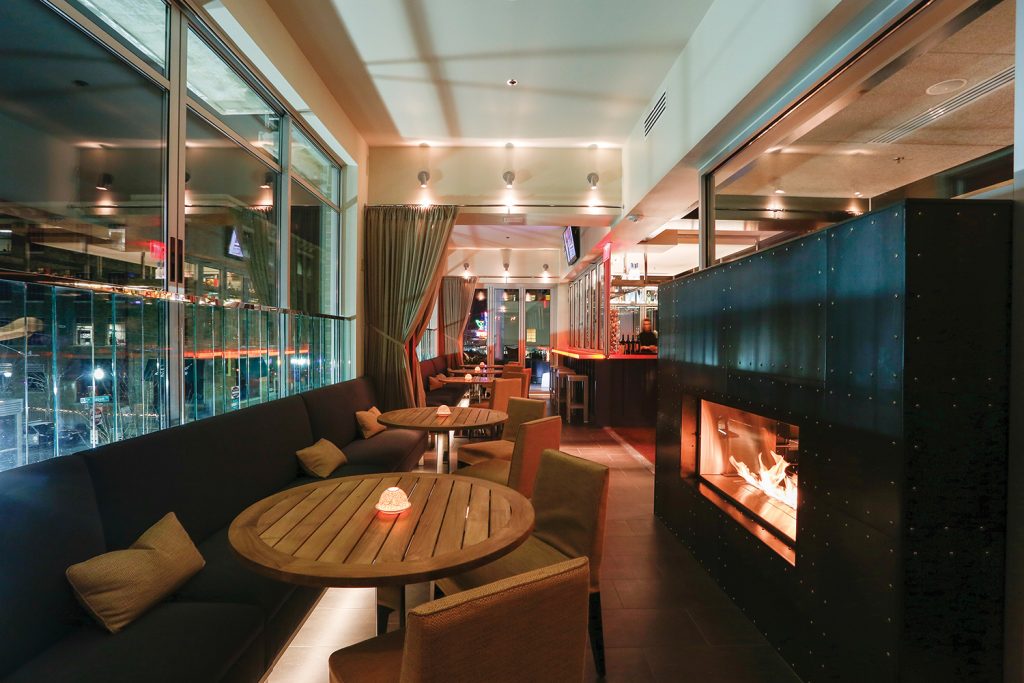 Cache was designed by the world-renowned The Johnson Studio based in Atlanta. The firm has designed spas, hotels and restaurants across the United States and internationally and specializes in modern interiors featuring metal, glass and woodwork.

[dropcap]Last[/dropcap] month, businesses housed within the greatly-anticipated Arcade Building, situated at the corner of Pres. Clinton and Rivermarket Avenues, began to open their doors. While the building will soon bustle with activity from shoppers, business people and theatergoers, it’s the culinary treasure waiting to be discovered in the 8,000-square-foot restaurant Cache that has Arkansas abuzz. 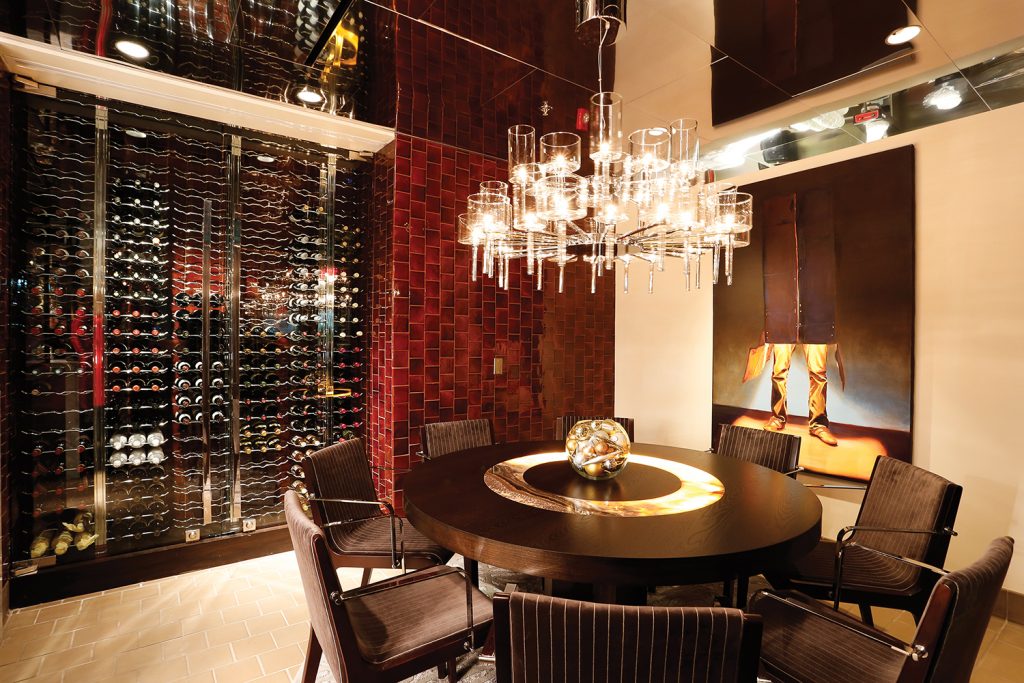 The beautifully-appointed chef’s table is adjacent to Cache’s open kitchen.

We first heard about Cache in fall 2012. Since then details of the project — seating for nearly 200 diners on two levels; a chef’s table for 10; street- and upper-level outdoor dining; a gas/wood-burning pizza oven; an ultra-modern, sleek interior that rivals those found in metropolises like New York and Miami; and a menu that features the best of Arkansas’ locally-raised produce and protein — have tantalized food enthusiasts. 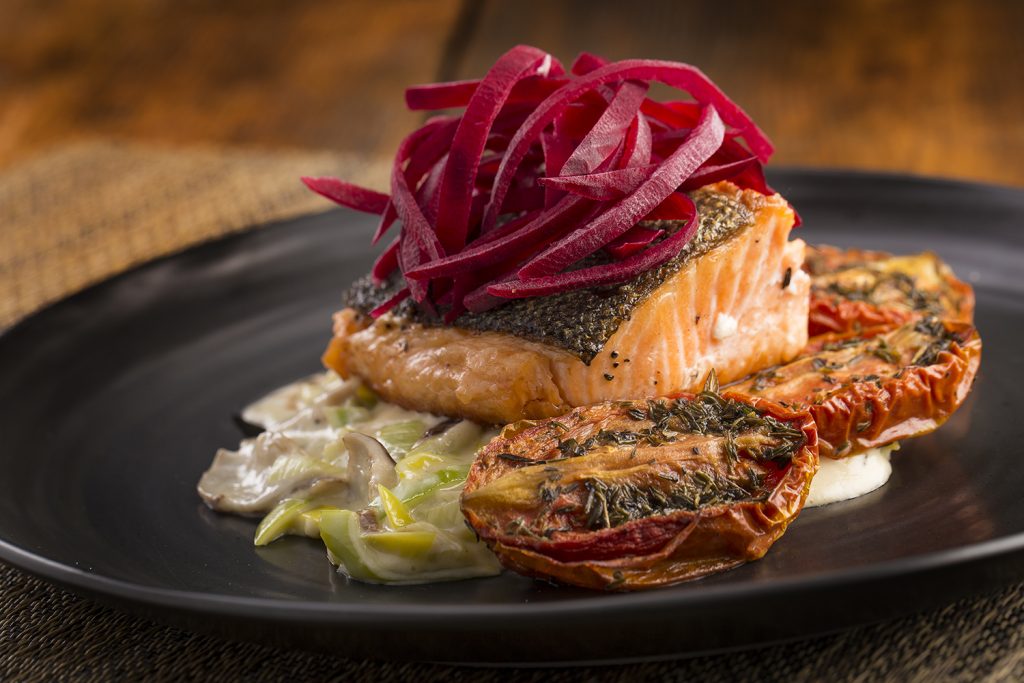 The Tasmanian salmon is well-complemented by creamed leeks and maitake mushrooms.

“A cache is a place where one stores treasure or valuables,” Rush Harding said, in a statement regarding the restaurant. “Cache is also the name of the iconic river that flows through the delta of east Arkansas, where I was raised. My ‘treasure’ is my family and my friends and sharing good times and good food and drink.”

Payne Harding will serve as chef at the restaurant. “I fell in love with food at a young age,” he said. At 15, Harding tasted merlot and learned the general principles about pairing wine and how to “raise the flavor profiles. From that point on, I knew I wanted to immerse myself in this understanding of flavors and food. [I got] my first job at 15 as a bus boy at Restaurant 1620 [now 1620 Savoy].” He earned a degree from the University of Central Arkansas and went on to graduate from the Culinary Institute of America, Hyde Park. He said a six-month externship at Le Cirque NY totally changed his perception as a cook.

Serving with Payne, as executive chef and general manager of Cache, is Matthew Cooper. Cooper is an Arkansas native who hails from a family of “food technologists and educators.” In fact, his grandfather and uncle developed and ran Texas A&M’s food technology program. Cooper studied culinary arts at Le Cordon Bleu Schools Northwest in Portland, Ore., and upon graduating earned his chops at renowned Portland restaurants like Rheinlander and Gustav’s, Aquariva at River’s Edge Hotel & Spa and Everett Street Bistro. He returned to Arkansas and served as executive sous chef at Chenal Country Club, where he was part of the winning team for Diamond Chef of Arkansas in 2010 and 2011. In 2012, he was named Iron Chef Arkansas while serving as executive chef of Lulav Modern Eatery. 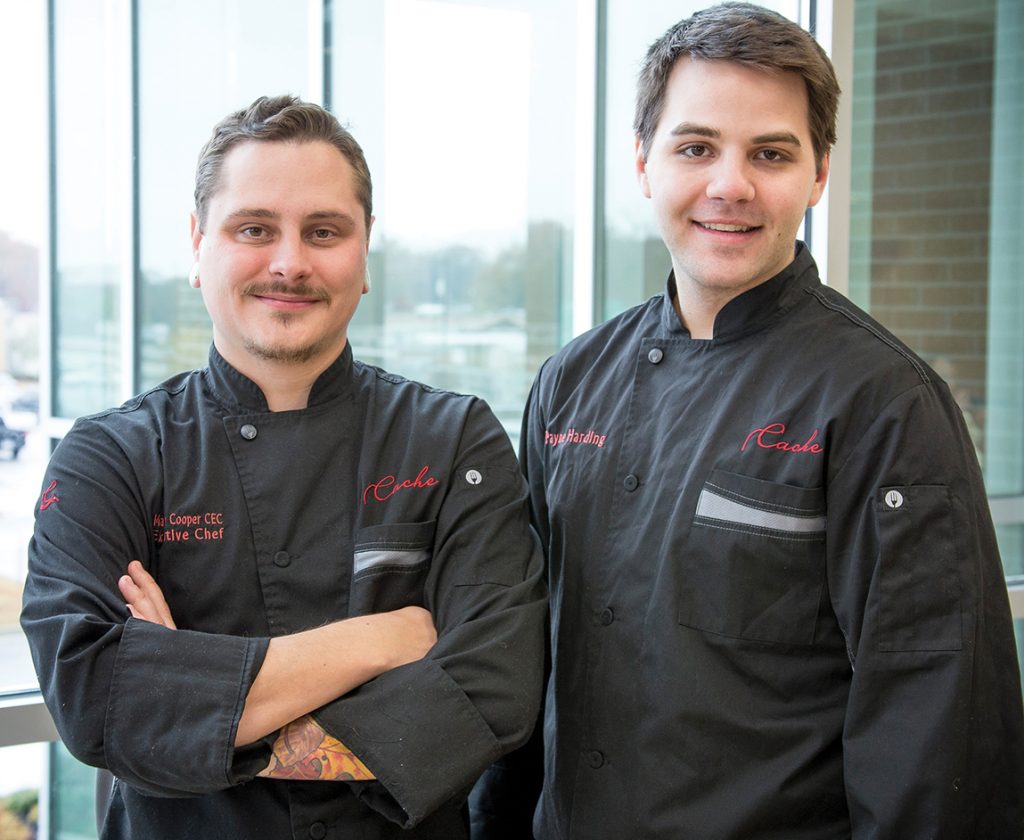 “My style of cooking is very rustic, traditional and true to my Southern roots as well as the styles found in the northwest region of America,” Cooper said. “Our menu at Cache will support the sustainable and local organic food movements. We’ll also be very gluten friendly — I’m gluten intolerant.”

Persons seeking conversation-worthy fodder need look no further than Cache. Cooper and Harding have developed a menu of offerings that excite the eye and thrill the palate. You’ll find items such as truffle polenta, sushi-grade tuna and seared goat cheese as well as a bar menu with wood-fired pizzettes and other appetizers.

“Our wine list is quite impressive,” Cooper said. “We’ve worked with Jeff Yant — he’s the sommelier who won our local Iron Sommelier competition — and with Emily Lawson of Pink House Alchemy in Fayetteville, Ark., to craft our cocktail menu.” He promises imbibing individuals will rave over her unique spice- and herb-infused liquors. The Pink House Martini is featured on the menu. “We also have an ice block ‘machine,’ if you will, and will use ice spheres in many of the drinks.”

Of course, the food will take center stage, and rightfully so. While not fans of beets, we thoroughly loved Cache’s heirloom beet salad. Served with red and yellow beets — candy-striped beets when in season — fennel, blood oranges, crisp apples and the surprise ingredient pistachios and a lovely honey-yogurt vinaigrette. It’s flavorful and a gratifying start to any meal. 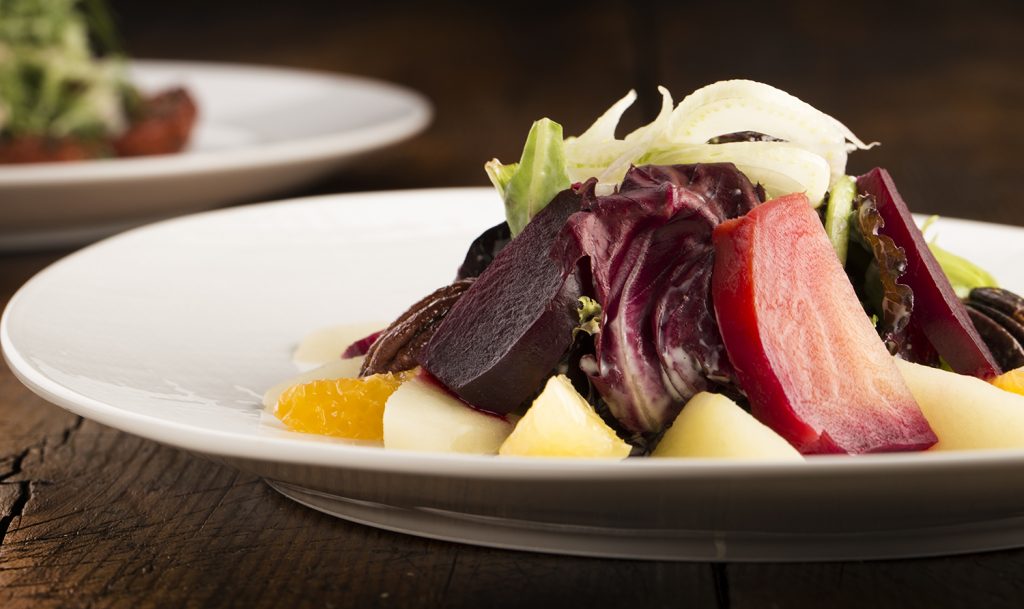 Cache’s heirloom beet salad features red, yellow and candy-striped beets, depending on the season and availability. 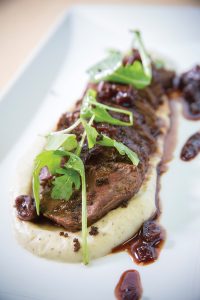 Salmon fans will happily recommend Cache’s Tasmanian salmon. Presented atop delicious and rich creamed leeks with maitake mushrooms and oven-dried tomatoes, it’s purely delightful. Cooper presents it seasoned simply — the salmon’s purity needs no dressing — and allows the accompanying items to complement the fish. His marinated hanger steak is a well-prepared dish served with creamed artichokes and a chipotle cherry caponata. Espresso is one of the items used to bring out the flavor of the steak. This is an award-winning dish … one taste and you’ll see why it was chosen. Each of these dishes was titillating; while each component could easily stand alone, together they create a symphony of tastes, textures and tones that are imaginative and toothsome.

Dessert is not to be missed. We love all things ice cream and truly enjoyed the 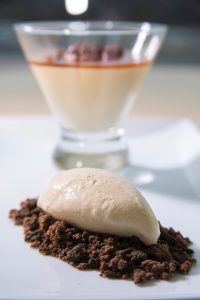 Caramel ice cream with brownie crumble and the classic caramel panna cotta are just a sampling of the sweets Cache will offer.

caramel ice cream served with brownie crumble as well as the classic caramel panna cotta … a crowning achievement to a prized meal.

Rush Harding said, “We hope to store up a ‘cache’ of memories for our guests and community at Cache Restaurant in the River Market.”

Based on our experience, you’ll accomplish this, Mr. Harding. Cache opened its doors last month for holiday parties and officially opens Jan. 7.