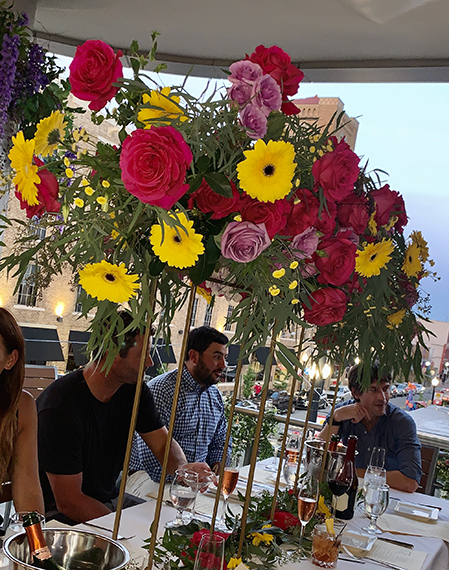 Is it wrong to start with dessert? Not in real life, but in a review? Because the Chocolate Box 2.0 at Cache Restaurant is the best in the city. In fact, the entire dinner is the best in the city, and it is being offered as part of the tasting menu that Chef Payne Harding offers to diners at the coveted Chef’s Table at the downtown restaurant. You’ve been to Cache but have never done a chef’s tasting? Put that on your list of things to do this summer or fall. The restaurant safely abides by all social distancing guidelines along with servers appropriately dressed in masks and gloves.

Each course is served by Chef Payne where he explains his unique culinary methods of each course. For starters, Chef brought out our amuse bouche; they were Anaheim peppers harvested from the family farm in western Pulaski County where the farm-to-table philosophy is executed because it is their farm, their table. They were displayed with clothes-pins alongside roasted cherry peppers. This all paired perfectly with the red wine. It was a smooth Cabernet and did not overpower the foods. 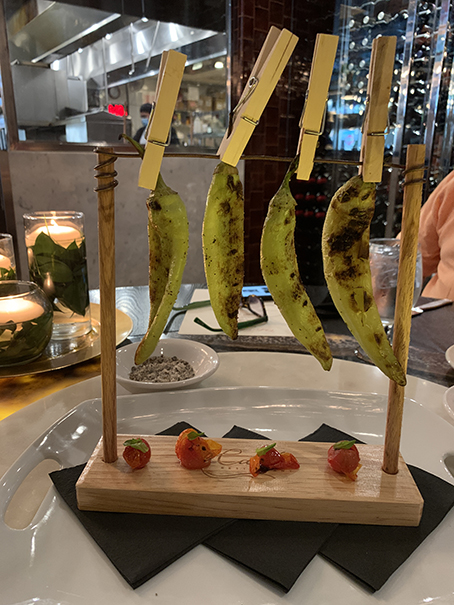 Next up was the toast points with the fried quail egg. There was just the perfect amount of truffle aioli and a fried rosemary sprig.

Next, we enjoyed fried oysters that were shucked out of the shell and served on creamed spinach that was the most divine accompaniment, and get this, it was topped with a tiny pickled onion. It was an “oh my” moment. 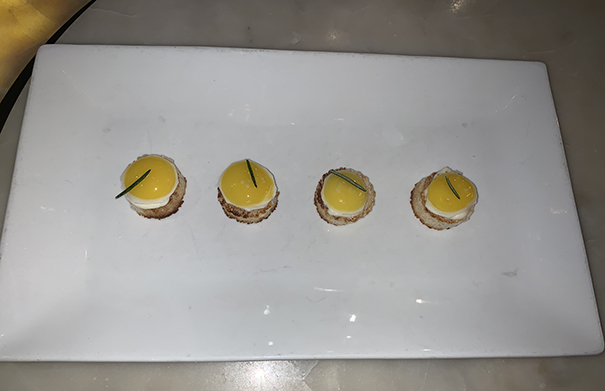 How about a little Russian osetra caviar for the next course? Yes, please. Chef Payne served Scottish salmon sliced thin with gently cooked braised leeks that had a touch of cream, and a poached egg was involved. The caviar atop was a perfect salty addition along with the gold leaf. Yes, that is gold leaf on the caviar!

The foie gras was a big hit, too. It was next on the tasting menu. The unique addition to this course was the French toast with the blueberry gastrique, which is a fancy word for sauce. It should be translated: to-die-for good stuff. 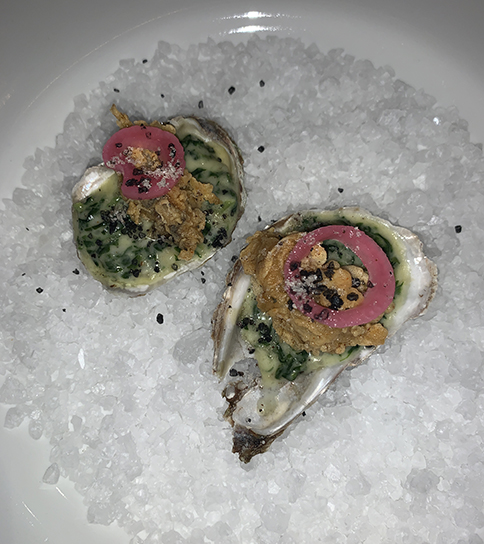 The main course was impressive. It was cola-braised short ribs and boursin whipped potatoes and tobacco onions that were presented under the smoked dome. Oh. My. Goodness. It was something. Every course that we ate, we would say, “OK, now THIS is our favorite.” But this was beyond delicious. So it was bestest mostest delicious.

Then the dessert. It’s the fanciest of fancy chocolate sacks but in a cylinder shape where Chef Payne made his own mold and put in all the things we love in his Chocolate Tower. The whipped cream, the ice cream, the macerated berries all with a fudge brownie. Did your mouth just water? If not, check your pulse. 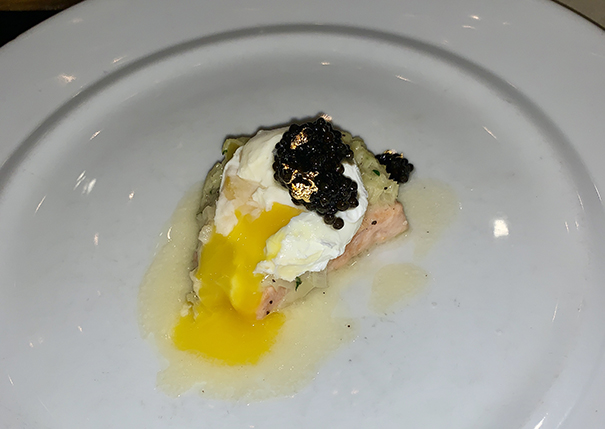 Scottish salmon with leeks and caviar

Chef Payne Harding will whip up a unique menu for you and up to nine of your friends at the Chef’s Table. It’s an intimate table right by his station that allows him to converse and tell all the things and answer all the questions. He knows his stuff. He was formally trained at the CIA, the one that teaches people how to cook, not to be spies. It’s the Culinary Institute of America. He has been at the helm of Cache Restaurant since it opened in January 2014.

The six-course tasting menu is $95 per person. Wine pairings can be added for an additional fee. And holla back after you eat the Chocolate Tower. You’ll thank us later. 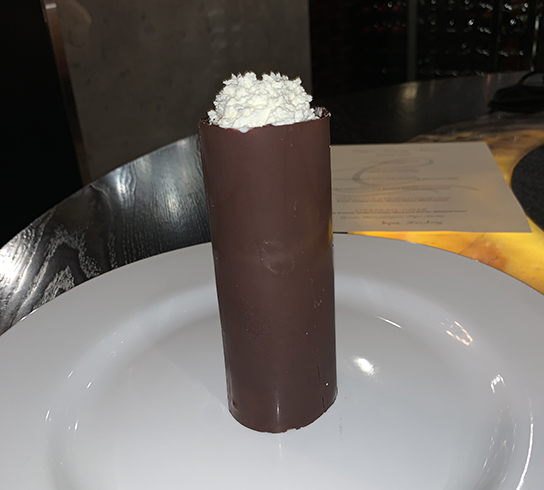