Call Of The Hogs

by Dwain Hebda | Photos courtesy of Bikes Blues and BBQ 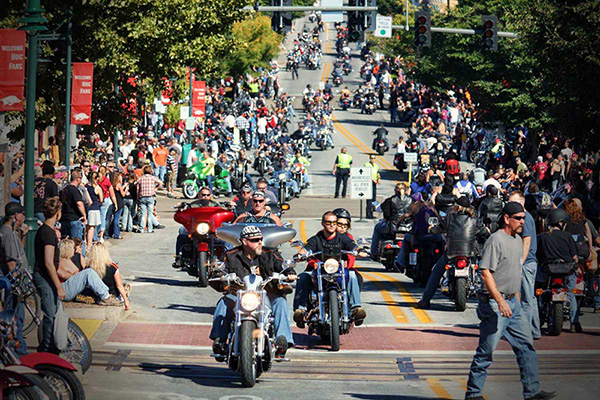 Michelle Devers has been the event director for the 20th annual Bikes, Blues & BBQ for four years and a volunteer for several years before that. Perhaps that’s why she’s so nonchalant about the number of guests who will descend on the otherwise tranquil Fayetteville come September 25 to 28.

“We estimate that we get somewhere in the neighborhood of about 350,000 that come to the area for the rally,” she says, matter-of-factly. “Over the years, the rally has kind of spread out all over the place just because of all the traffic that we get.”

It’s a jaw-dropping headcount. In case you’re wondering, Fayetteville’s permanent population, as of 2017, is just north of 85,000. Throw in the student population on the Hill, another 28,000, and the number of visitors coming in for the motorcycle rally still about triples the number who will be left behind.

As a matter of fact, if the estimated number of Harleys, Hondas and assorted other bikes is correct — roughly 125,000 — it’s enough to provide one to every man, woman, child and college student in town.

“We are the largest nonprofit motorcycle rally and one of the top motorcycle rallies in the country,” Devers says. “We are still beat out by Sturgis; they’re still the No. 1. Everybody knows about Sturgis. But we’re probably right up there with Daytona Bike Week, and they’ve been around for almost 80 years. To have climbed to their level in 20 years is fairly impressive.” 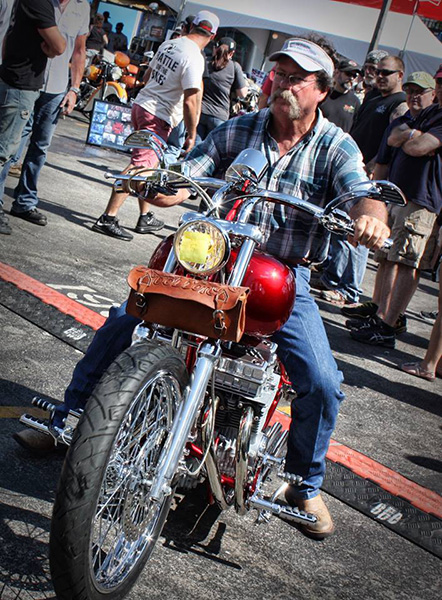 For those who’ve never experienced it, Bikes, Blues & BBQ 2019 is a rally of mammoth proportions. For those who have and, like Devers, keep coming back for more, it’s the highlight of the year.

“I’m always excited about the bike show and the bikes that [it] brings out. That happens on Saturday,” she says. “We do a car show on Saturday which brings in about 250-300 cars. That’s always pretty cool to see.”

Fayetteville’s event may draw comparable numbers to other events, but that’s where many similarities end. Where other rallies are known for — even promoted on — their appetite for hell-raising, beer-drinking and breast-flashing, Fayetteville bills itself as family-friendly. And even as attendance has reached tidal wave dimensions, local authorities manage to keep the shenanigans to a minimum.

“It’s a collaborative effort,” Devers says. “Any time of day, you don’t ever feel like you can’t bring your child anyplace in Bikes, Blues and BBQ. That’s how we have always promoted it, and we’ve done, I think, a really good job of keeping it that way.”

“One thing we do is we try to understand what our vendors are bringing before they show up. If you want to be a vendor on an official Bikes, Blues and BBQ lot, you’d better have your items in order. You can’t be putting out stuff with profanity on it. Anything that would not be considered family-friendly we do not allow them to display.”

Bikes, Blues & BBQ’s reputation for good, clean fun goes all the way back to the beginning. The first rally was a poker run, attracting between 200-300 riders, benefiting the local Meals on Wheels. That was 1999, and the community impact has grown considerably right along with the number of tourists. To date, Bikes, Blues & BBQ has raised more than $2 million for area nonprofits and turned on at least that many people to the quality of Arkansas’ motorcycling routes.

“Not a lot of people realize that Arkansas is truly beautiful. Most people, it’s not even a blip on their radar when they’re thinking of places to go,” Devers says. “We hear it a lot from our rally goers that come to Arkansas; it’s the first time they’ve ever been anywhere around here and they tell us, ‘Oh, we didn’t even realize there was such beautiful riding in the state. We didn’t realize that you guys have all these beautiful roads and mountains.’ We get a lot of people that then turn around and come back in other seasons to come and ride the roads.”

“I think that’s one thing about our rally and why it keeps growing. We’re the best-kept secret because people don’t realize what Arkansas holds. That has helped us grow pretty quickly to grow up to the popularity of these other rallies,” she adds.

Another factor that continues to spread the rally’s reputation is the fact that the slate of events is free, not counting some VIP packages. Riders from all 50 states have made their way to Fayetteville over the years, as well as international guests. 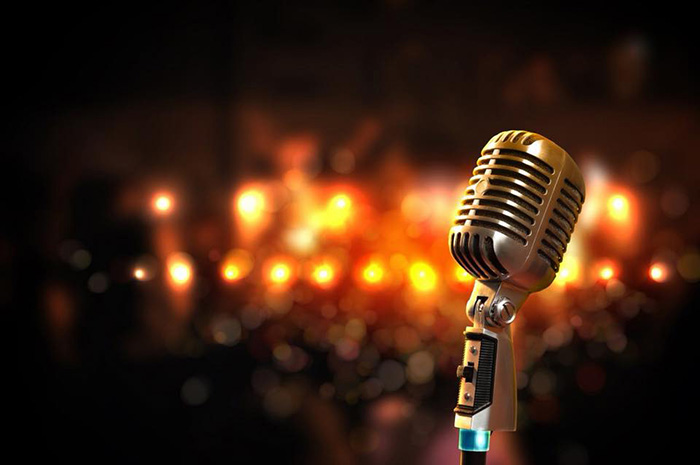 In addition to all the motorcycles, there will also be live music at the festival.

“It is hard to track because we don’t sell tickets, but in the past, we’ve put up a map and had people mark where they’re from,” Devers says. “You could see the region of Oklahoma, Arkansas, Texas and Missouri is obviously where a good chunk of people come from, but there were pins all over that map from all over the place.”

“We also had a group a couple of years ago that was here from New Zealand. They had their bikes shipped to the U.S.; they got on their bikes in the Northeast, and then they rode across multiple states to get to Bikes, Blues and BBQ, their ultimate destination. They planned all of their trip to come here which was really cool.”

Devers finds it hard to list just one thing about the event that’s her favorite; she says merely standing on Dickson Street and watching the bikes roll by is quality entertainment. Like everyone else involved with putting on the event, she takes obvious pride in what the rally has grown into and the positive impact it has had on worthwhile organizations. The fact that it’s still maintained a sense of fun and much of the innocence of the original is a bonus.

“Honestly, the element of folks that come to our rally, everybody is always so positive and happy to be here. The Fayetteville Police Department does a really good job of maintaining order, and we’re on top of that, too, so there’s nothing that ever really gets out of hand,” she says.

“Plus, we have the charitable aspect as well. Everything we do is based on how we’re going to use this to give back to charity. With all of that in mind, it helps keep everything really clean and crisp and running well. And family-friendly.”

For full details on this year’s rally, please visit bikesbluesandbbq.org.