The 15th annual Arkansas Literary Festival’s lineup includes award-winning authors, dynamic musicians, acclaimed filmmakers and more.
From April 26-29, more than 70 authors and presenters will descend on Little Rock for a smorgasbord of book-themed events that include panels, workshops, signings, discussions, film screenings, parties and concerts. Around 20 of the presenters hail from Arkansas, but others will travel from as far as Paris, Berlin and London, Arkansas Literary Festival Coordinator Brad Mooy says.
This “celebration of reading and the written and spoken word” from the Central Arkansas Library System (CALS) will take place over four days, on and off the CALS campus, Mooy says.
“It’s a blast, basically,” the coordinator says. “You get to go beyond the page a bit and sort of learn behind what you actually can get from just reading the book.”
Arkansas Literary Festival sessions will venture beyond the library into bars, museums and more, Mooy says; venues for this year include the Witt Stephens Jr. Central Arkansas Nature Center, the Historic Arkansas Museum, Four Quarter Bar, The Root Cafe and Stickyz Rock ‘N’ Roll Chicken Shack.
In the last 15 years, the festival has changed hands, added to its sessions and upped its quality of presenters, Mooy says.
“The festival began as a project of the Arkansas Literacy Council and then CALS, the Central Arkansas Library System, adopted the fest in 2008 and that’s the year that I started with the event,” he says. “And just in that time it’s grown considerably.”
Novelist and Little Rock local Kevin Brockmeier is the only writer who has been involved with the festival for the entire 15 years. This year, he served on the talent committee. As the years have gone by, experience has made the fest a smoother process.
“I end up talking to a lot of the writers who participate in the festival, many of whom come here from all around the country and sometimes from internationally, and what we tend to hear is that we are among the friendliest festivals and among the best organized festivals,” Brockmeier says. “And I’m not so sure that we were among the best organized festivals 15 years ago.”
Even in 2018, there’s no shortage of organizing to do, according to Mooy.
“There are a lot of logistics, a lot of moving parts and if we’ve done our job right when you come to the event you don’t see any of that,” Mooy says. “You just have a fun time and it all just kind of happens.”
Mooy called some of 2018’s books “dazzling” and pointed out that several of this year’s authors sought out the festival.
“I love that it offers quite an amazing opportunity to meet authors that folks here in Little Rock would never get to meet without this opportunity, without flying to other cities or without tracking down these folks,” Mooy says. 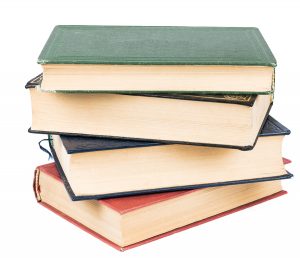 “There are places where people have the opportunity to meet with and listen to writers all the time, but Arkansas isn’t one of those places,” he says. “You really have to seek out your opportunities, and I doubt there’s anybody in the state who would disagree that this is the best opportunity that we have each year to participate in those kinds of activities.”
Two 2017 National Book Critics Circle Award winners will present at the Arkansas Literary Festival. Carmen Maria Machado, author of Her Body and Other Parties, won the criticism award and Carina Chocano, author of You Play the Girl: On Playboy Bunnies, Stepford Wives, Train Wrecks & Other Mixed Messages, received the John Leonard Prize.
“I could talk forever about all the different books, I just I hope that folks will actually take the time to look through the bios,” Mooy says. “Really, you kind of have to spend a little bit of time with it to understand who these folks are and once you do, I think people are gonna light up and really be very excited.”
One presenter, musician Wanda Jackson, is a Rock and Roll Hall of Fame inductee. In addition to a discussion of her book, Every Night Is Saturday Night: A Country Girl’s Journey to The Rock & Roll Hall of Fame, Jackson will perform at the Ron Robinson Theater Thursday night. Her moderator Anthony DeCurtis – a bit of a celebrity guest moderator, Mooy says – is a contributing editor for Rolling Stone and the author of a biography on Lou Reed. DeCurtis and others will present a tribute concert to Reed, as well.
Other highlights include: Academy Award-nominated documentary filmmaker and writer Sebastian Junger giving the CALS J.N. Heiskell Distinguished Lecture for journalism, as well as sessions with illustrator and Coretta Scott King Award winner Frank Morrison and Pulitzer Prize winner Gilbert King.
“Sometimes the fest comes and goes before people realize who was actually here,” Mooy says. “So I would hope that folks would pay a little bit of attention and maybe try to get down to one or two sessions.”
Mooy’s two-session rule comes from other festivals he’s attended.
“Come to one that you definitely want to see and take a chance on one, because when I’ve gone to some other festivals beyond Little Rock, I’ve gone to a couple of events that I’m like ‘Eh I gotta fill this hour’ and sometimes those are as fascinating or more fascinating than the ones that I thought I wanted to see,” he says.
While the presenters themselves are a mix of locals and out-of-towners, most of the moderators are Arkansans. These moderators read the books and prepare questions for the authors. They’re matched to a specific author.
Bobby Roberts, the former head of CALS, and Eliza Borne of the Oxford American magazine have served as moderators numerous times. Brockmeier himself has moderated panels in the past, but he’ll be too busy being an audience member to be on stage this year.
“I want to be able to attend as many sessions as I can,” he says.
Audience members shouldn’t feel intimidated by the festival, even if they don’t see think of themselves as particularly literary people.
“Nobody should expect to be placed on the hot seat as an audience member and the festival does its best to bring in authors of many different types,” Brockmeier says. “So if you’re interested in popular fiction, romance, science fiction, fantasy, mystery – this is just speaking about fiction writers – there ought to be somebody on the bill who will speak to your tastes.”
Outside of fiction, attendees can expect sessions from food writers, cooking demonstrations and events for younger readers.
“My suspicion is that there will be writers to suit your tastes at the festival, no matter what those tastes happen to be,” Brockmeier says.
Learn more about the Arkansas Literary Festival and see the schedule at arkansasliteraryfestival.org.