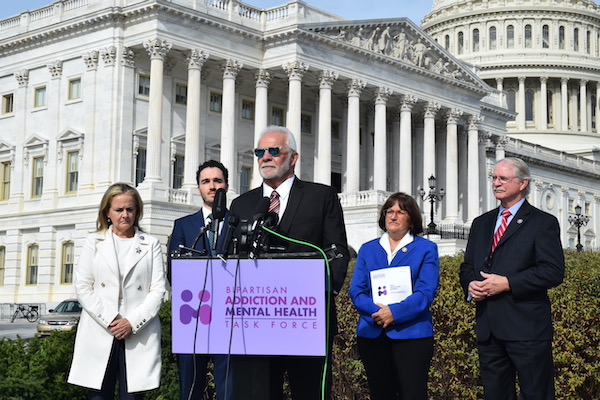 Captain Lee Rosbach, the star of the luxury superyacht reality TV show Below Deck, will be in Little Rock Thursday, headlining the Wolfe Street Foundation’s Red Carpet Gala at the Arkansas Governor’s Mansion.

The show, now filming its 10th season, follows the lives and personal dramas of the small crew as they cater to the needs (and often, whims) of their ultra-rich guests on chartered private cruises. It’s a Bravo TV production now streaming on multiple platforms.

Lee’s fans have dubbed the crusty 72-year-old seafarer “Stud of the Sea.” He is known for his salty Lee-isms, one-liners in which the captain colorfully swears, yes, like a sailor. But he keeps his crew in line and runs a tight ship, challenging his crew to meet his high expectations — and those of their demanding guests — and to unfailingly follow his rules.

But he’s coming to the state not to whip gala guests into shape but to tell his personal story that ties into the Wolfe Street Foundation’s mission.

For 40 years, the Wolfe Street Foundation has provided meeting space, resources and support for people in addiction recovery in downtown Little Rock. Red Carpet Gala chair and emcee Laura Monteverdi says the board invited Captain Lee to be the fundraiser’s featured guest because he has “a powerful and personal story to share as the parent of an addict.” His son, Josh, died in 2019 following a 20-year battle with drug addiction.

Lee says Josh, like many people today, was a functional addict; someone who was able to hold down a job and appear “absolutely normal,” but would spend anything he earned to purchase drugs. He characterizes Josh’s death as “accidental poisoning,” because the opioid he’d bought off the street was, unbeknownst to him, laced with fentanyl, a dangerous synthetic drug now cut into countless other street drugs to make higher profits. It carries a high risk of fatality.

Following Josh’s death, Lee, never one to bite his tongue, has become an outspoken advocate for increasing resources for people suffering from addiction and removing the stigma and shaming that permeate American culture.

The Captain says the current system of law enforcement, courts and insurance driving the addicted’s care is fundamentally flawed. “They give absolutely no thought whatsoever as to, ‘Is the patient better?’” he says. “Because that’s what they are. They’re patients. I don’t think I’ve ever met an individual who had an addiction problem who wanted to be that way.

“If you ask a 13-year-old, the age when they first start experimenting with drugs, ‘What do you want to be when you get older?’ No one says, ‘I want to be a drug addict.’ It doesn’t happen. Addicts would do anything to change that lifestyle if they could. They hate it.”

Lee famously at the end of each season calls his own job “the best job in the [expletive] world.”

The funny thing is, Lee says, he was never supposed to be hired for the TV show. His job was sailing a 170-foot superyacht owned by a billionaire who’d agreed for it to be used on the show.

“All I had to do originally was take the boat down, deliver it, drop it off, and stay down there for six or eight weeks of filming, make sure they didn’t damage the boat, and when that was done, I’d carry on with the rest of our charter season,” Lee explains. 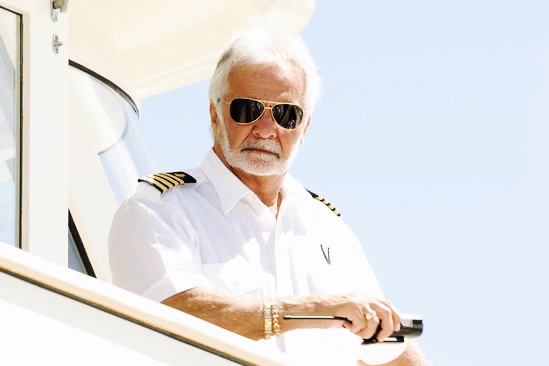 The problem was the captain the network had hired did not have enough experience to be insured for a ship that size. The yacht was roughly 100 feet longer than the ones that captain had sailed.

“Little bit of difference there,” Lee says. “Like you might have driven a lot of pickup trucks, but now we’re going to give you a semi. My owner gave them an ultimatum: you can use my guy or we’re out of here.

“Billionaires are funny like that,” he says wryly. “They get difficult to negotiate with.”

Lee got the job, and a new reality TV star was born.

Besides speaking to audiences such as attendees at the gala, Lee is hoping to use his celebrity to get an innovative concept for a new kind of treatment facility out of dry dock. He calls the project “Healing the Waters.”

“I’ve always been under the belief that there’s something kind of magical about being out on the water. I really believe that,” Lee says.

In partnership with marine conservation group Oceans Saviours, his idea is to retrofit a seafaring barge with 200 beds and vocational training in 10-15 different fields needed on board, so that patients in recovery can choose a vocation to learn, then spend treatment working to clean the oceans, for weeks literally on the open sea. Back on land, the organization would then give housing and job-finding support.

“We have to remove the stigma of addiction,” he says, adding that the majority of addicts today aren’t “shooting up in back alleys.” Instead, he says, “They’re all around us. They’re your next-door neighbors. They’re your neighbors’ kids. And you don’t know it,” he says. “A lot of them were, like my son, functioning addicts. They’re not who you expect.”

He says something that Monteverdi and WSF executive director Justin Buck have also said. That whenever small groups of people start talking about those with drug and alcohol addictions, suddenly more stories start pouring out, of addicted sisters and fathers, children, old friends.

“It affects more people than most people realize or are aware of,” he says. “Everyone has their story of knowing someone affected by this stuff.”

Captain Lee will attend the Red Carpet Recovery gala with his wife, Mary Ann; the couple has been married 45 years. It will be the world travelers’ first trip to Arkansas. 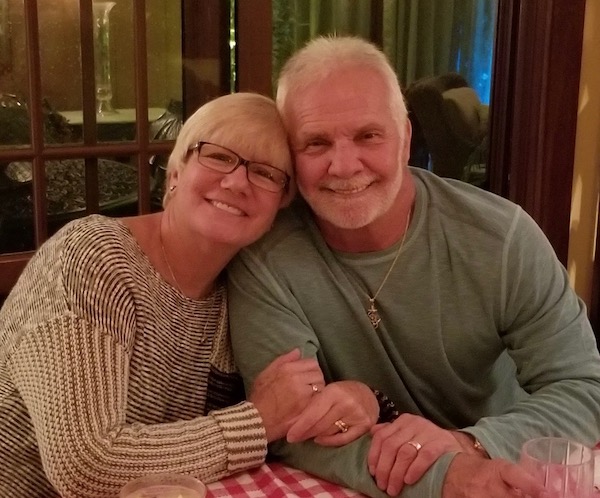 “Mary Ann and I are looking forward to our first visit, we really are,” he says.

Monteverdi says that besides the personal story Captain Lee will share, there will be other powerful stories told at the gala, including positive examples of recovery. In keeping with its mission, for the first time, the gala will be alcohol-free, serving custom mocktails in its stead. The evening is black-tie (and yes, they will have a red carpet for photos as guests enter) with a seated dinner at the Governor’s Mansion, live music and dancing and both live and silent auctions.

The live auction items include three trips and a special diamond ring:

Tickets are sold out, but the entire event will be broadcast at wolfestreet.org/redcarpet. A link to the silent auction, already underway, is also available at that site.