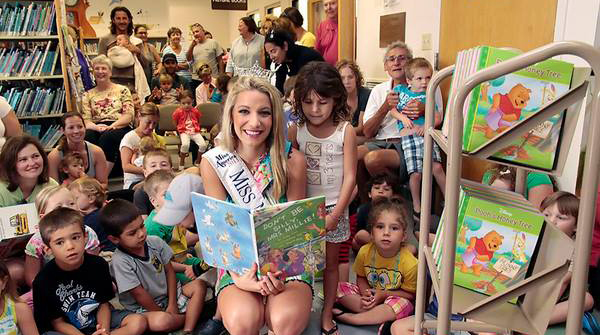 The Cara McCollum Birthday Book Project, named in memory of its late founder, is a nonprofit organization well known to many public-school children across the state, as it provides them with an important gift each year on their birthday: the gift of reading.
The program provided more than 10,000 books to children in need this school year, according to program organizers, and continues to grow as communities realize the need to support young minds and imaginations with the gift of literacy.
But the story of the Cara McCollum Birthday Book Project dates back farther than the past school year, or even the past ten years since the program was founded, in a small town where a young girl who loved reading decided that, more than anything, she wanted to help others.
At an early age, Cara McCollum, a native of Forrest City, had a passion for helping those in need which only grew with time.
“I know it’s not a lot, but I want to help the children,” said an 8-year-old Cara when she donated a quarter, all she had at the time, during a church function raising awareness for the Methodist Children’s Home.
Cara’s mother, Maureen McCollum, runs the St. Francis County branch of the Birthday Book Project, which was initially founded in September 2008.
Maureen said her daughter’s philanthropy manifested in many different ways as she grew older. “Cara always thought about those less fortunate than herself. She always had such a philanthropic heart. She didn’t just want to support a cause, she wanted to make a difference.”
According to her mother, Cara’s charitable activism was no passing phase. She jumped into as many causes as she could, starting by selling dog biscuits to raise funds for her local humane society, founding a club called P.A.L.S. (Pet and Animal Lovers Society) and even going to the local city council to try and make changes.
“She was 10 at the time,” Maureen said, laughing. “She always thought she could be doing more. She told me she needed to make changes for the better. She truly wanted to change this world we live in and there was no stopping her. Her father [Rick McCollum] and I might have paved the way for her, but it was her tremendous drive and ambition that got her there.”
When she was older, Cara became involved in a local nonprofit organization called SFC Elves, which ran the local Toys for Tots program, where she first noticed that reading, an activity that was very important to her, was something others in her hometown lacked access to. 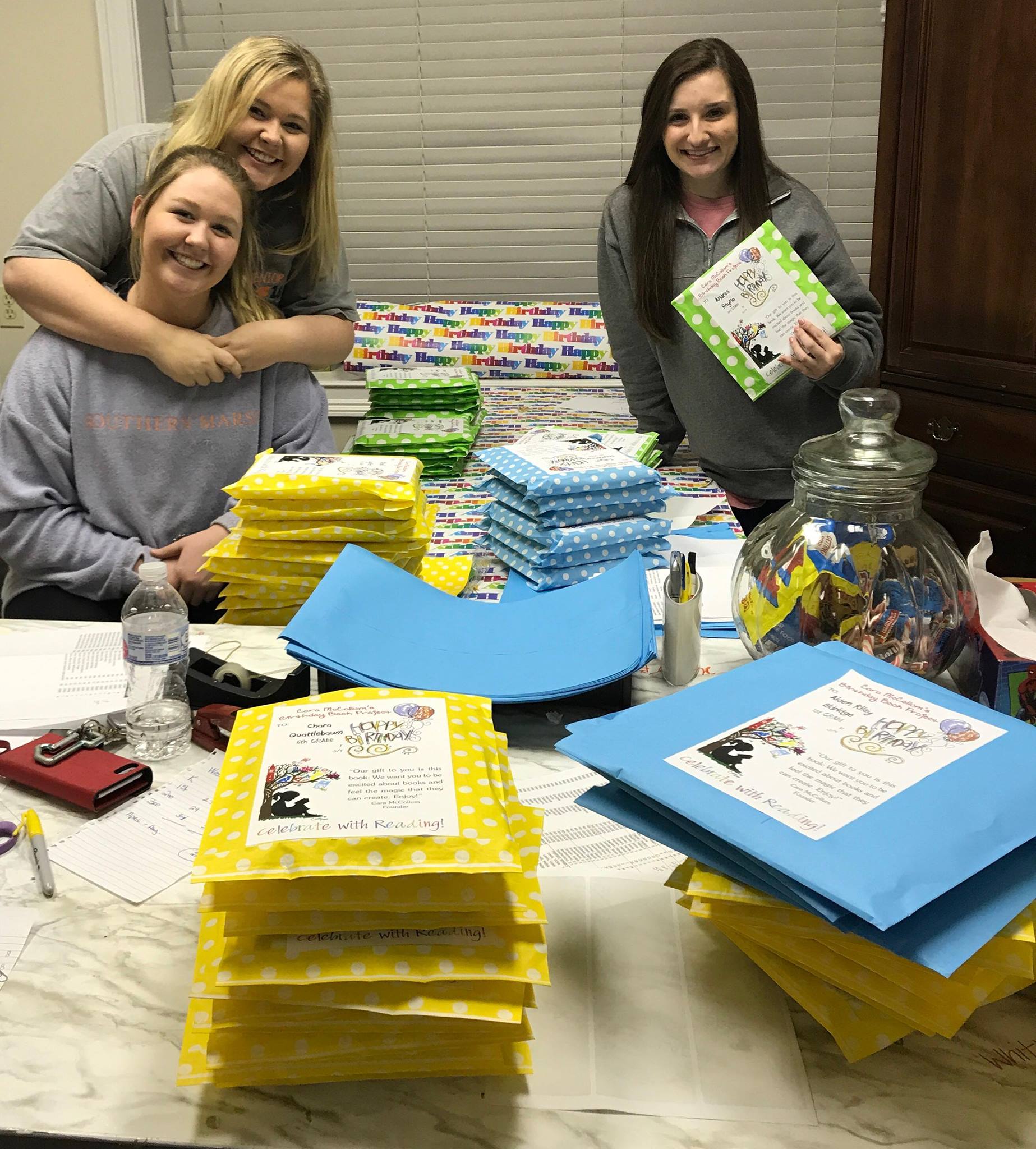 Maureen said, “After working with SFC Elves and seeing parents hurry past the book table in pursuit of toys year after year, Cara came up with this multi-faceted idea of providing underprivileged children with books each year. A birthday present for children who may not otherwise receive one, and one that could help make a long-term difference in their lives by helping to combat the growing literacy problem in our community. Cara said, ‘My idea is that if I can place a book in the hands and homes of kids on their birthdays, I can show them what a gift reading can be.’”
Maureen explained, while Cara was privileged to have access to books and education and the chance to develop a love and appreciation for reading and learning, she didn’t take her privileges for granted, seeing almost daily how poverty and low literacy rates can affect a small community.
“Rick always told our children they could go any college they were ‘big enough’ to get into, and Cara took that to heart, taking music and piano and dance and art lessons, and going to educational camps all over the United States during the summers. She eventually graduated as valedictorian of her Forrest City High School class in 2010, and was accepted into Harvard and Princeton. But having gone to school in a district where poverty is so prevalent, Cara saw the effect of educational indifference in kids every day,” said Maureen.
“Her own achievements began with a love of reading. She said books had taken her around the world from Sierra Leone with child soldiers to California with Dust Bowl Okies,” she said. “Her hope with this book project was to reach children at an early age and instill in them a love of reading and learning as deep as her own. Reading wasn’t a selfish pursuit for her. She began a monthly story time at the local Boys and Girls Club and donated more than 1,000 books to the children’s library.
“Cara never felt our small home town was enough for her, so she was constantly thinking of ways to supplement her time and education,” Maureen added. “She wanted to experience everything and be the best at doing it, so we had a saying here at home, ‘bloom where you are planted.’ That’s exactly what Cara did and it’s what she wanted for others, as well.”
Maureen explained, “The Birthday Book Project started by sending books to the 5- to 10-year-olds who participated in the local Toys for Tots program. They were gift wrapped and mailed to the children on their birthdays. After getting many books returned due to changes in addresses, we began delivering directly to the schools, which eliminated the cost of postage and insured the child actually received the book. We started with kindergarten through third grade in one elementary school in 2008, and now we are delivering books to 18 different Title I schools across the state of Arkansas.”
Like Cara, the Birthday Book Project may have called Arkansas home, but it was bound for greater things, and followed her to New Jersey, where she began her college career at Princeton University. It wasn’t long before her philanthropic ambition began to grow once again.
“While she was attending Princeton, Cara began competing in pageants as another way to draw attention to this program. In 2013, she was crowned Miss New Jersey and took a year-long leave from school to represent the state in the 2014 Miss America Pageant. Her platform was, of course, ‘Giving the Gift of Reading,’ and she used her newfound voice to reach out to as many people as possible,” said Maureen.
During her reign as Miss New Jersey, Cara did just that, and was named New Jersey Library Champion of the Year as well as a Daily Points of Light winner for her advocacy of youth literacy. 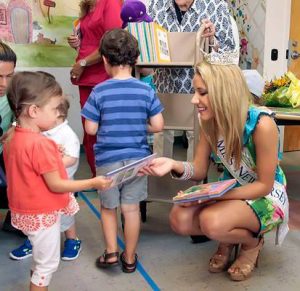 Cara was dedicated to sharing the gift of reading with others.