Continuing their search for the best catfish in Arkansas, AY Publisher Heather Baker and KARK host DJ Williams are on the road again, looking for those hidden gems cooking the finest fish. This week, the duo dropped by BJ’s Market Café in North Little Rock to try out some grub.

Before they could even get into the restaurant, though, Williams already had something other than catfish on his mind. 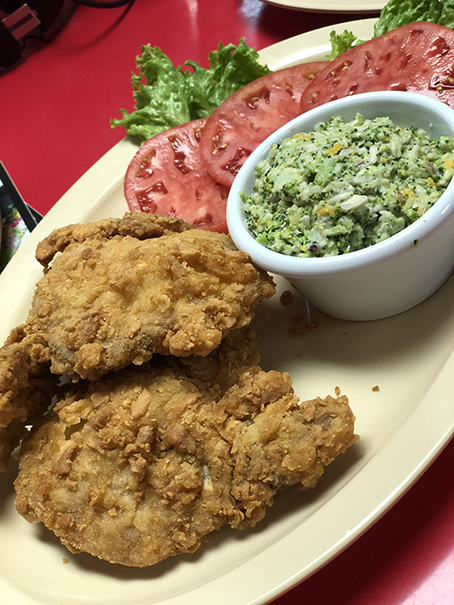 “I already saw a gentlemen walking in and he said, ‘Son, you need to have the chocolate pie,’” Williams said. “So we’re about to see what that’s all about.”

“I can eat the whole pie,” Baker jokes.

“I heard they have strawberry pie…the place is happening,” Williams says.

Once inside, Baker and Williams sat down to a full spread of Mississippi Delta catfish –fried to golden perfection – fried green tomatoes and more. And of course, pie. 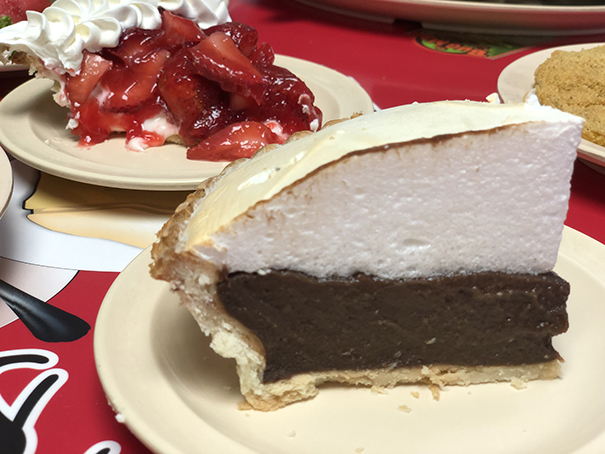 The restaurant has an ample selection on its lunch menu, from its catfish filet dinner, which includes five pieces of catfish along with hushpuppies, fries and coleslaw to a hamburger steak to chicken fried steak to a bacon burger and more. There are also healthier options, such as a grilled chicken salad.

BJ’s Market Café strives for optimal freshness in its food. That’s why they get all the produce for the restaurant’s food at the market next door. When you’re eating the fried green tomatoes, you’re eating real Arkansas tomatoes. Those watermelons? Actual watermelons grown in Arkansas. 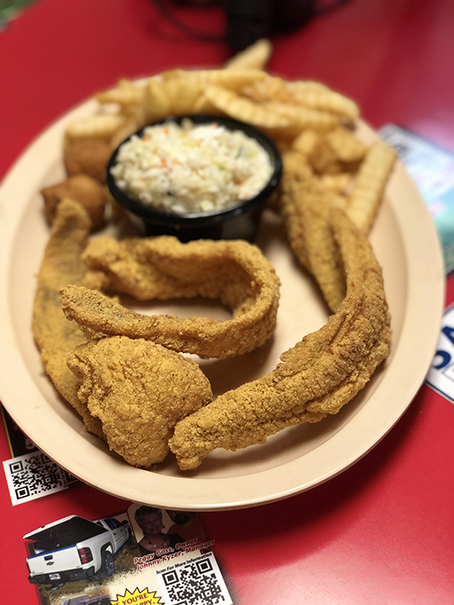 While catfish was the primary objective, the pie was the true star of the show. One of BJ’s Market Café’s employees, Rachel, arrives at the restaurant at 5 a.m. to prepare the pies every day.

Both Baker and Williams agreed that BJ’s was a food success.

“BJ’s did the trick. It did not disappoint at all,” Williams says. “BJ’s was a hit.” 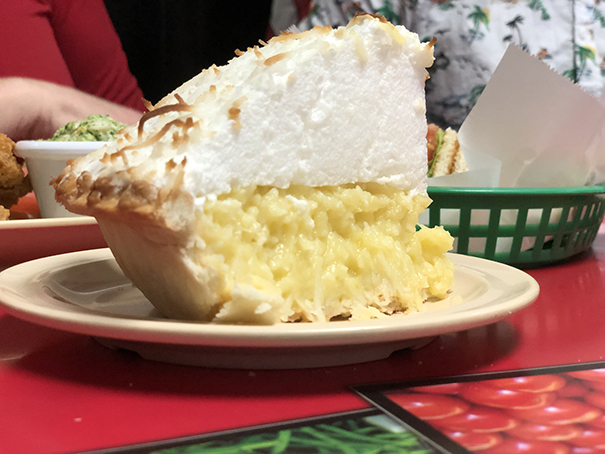 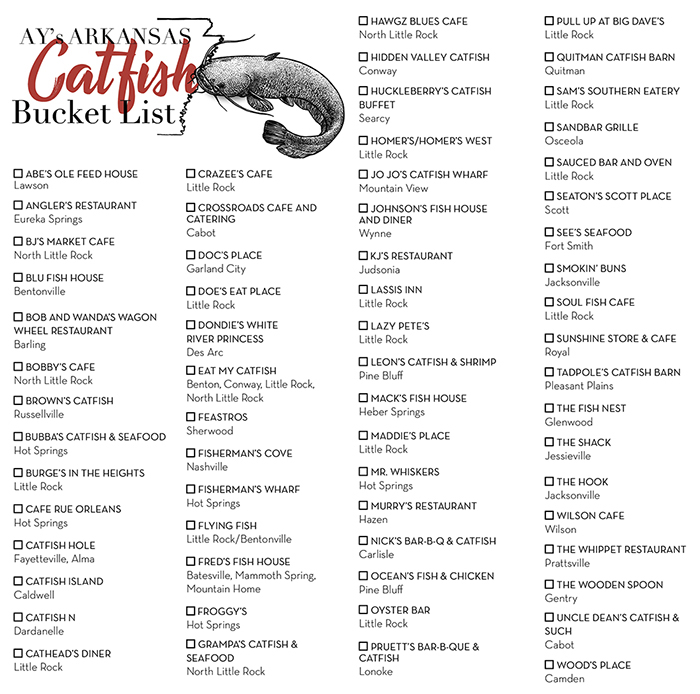