Charity Makes This House a Home

This month, Arkansas will host its first-ever Southern Living Custom Builder Program Showcase Home, and AY is proud to be a media sponsor for this project and its unveiling. Each month this year we’ve brought you information and updates on the progress of this nearly 4,000-square-foot home.

Tickets may be purchased online, click here to purchase.; visitors may also purchase tickets on-site with credit or debit cards.

Southern Living Custom
Builder Program Showcase
Home Preview Party
Tickets $20 each; beer, wine and other beverages, as well as appetizers, will be served.

Girls Night Out
Enjoy a fun night with your girlfriends, tour the home and purchase merchandise from a number of local vendors. Beer, wine and other beverages, as well as appetizers, will be served.
Tickets are $50 each.

Mother’s Day Luncheon
Bring Mom and the family to partake of a special, catered meal.
Advance tickets only; $25 per adults, children 13 and under $15 each.

The home sits on nearly an acre of land in the River Valley section of Waterview Estates and has views of the Arkansas River, the River Valley and the Ozark Mountains … a perfect setting for a showcase home.

Operation FINALLY HOME is a national, nonpartisan organization that provides custom-built, mortgage-free homes to our country’s military heroes and the widows of those who’ve fallen while defending America, its freedoms and values.

Henson and Franks are delighted to benefit a number of local charities through the Southern Living Custom Builder Program Showcase Home. Henson said, “We’ve built homes for 30 years, and it’s good to do a project that really contributes to the community in a meaningful way. Each of these groups has a vital role in serving others. It takes everyone doing their part to make Little Rock and central Arkansas such a great place to live, work and play. We’re happy to assist them in their efforts.”

Mary Lewis, owner of Mary Lewis Events, has worked with Waterview Builder Group to promote the Waterview Neighborhood as well as the Southern Living Custom Builder Program Showcase Home. She has coordinated its social media, public relations and community events, including those taking place over the next three weeks. She, Henson and Franks selected the organizations that will benefit.

“As a former development director for a number of local organizations, I’m familiar with many nonprofits that do such important work. These nonprofits will benefit greatly from our events, by receiving a portion of the tickets proceeds, without having to use their staff and resources to receive those dollars. I’m honored to assist in this effort,” Lewis said.

The Arkansas Symphony Orchestra Guild is the presenting charitable partner, and its members will staff and host the home as well as the onsite gift shop and tearoom. Lunch will be available — on a first come, first served basis — each day the home is open and will be served in the tearoom.

Vendor, contractor and material information will be displayed in the upper level bonus room, and items featured in the home will be available for purchase after the home closes for tour.

As of press date, the following nonprofit day partners will receive a portion of the proceeds from the Southern Living Custom Builder Program Showcase Home tours. Organizers hope to partner with additional organizations.

Tour the Southern Living Custom Builder Program Showcase Home perched atop a hill in Roland’s Waterview neighborhood.  This home features products from some of the country’s most well-known brands, as well as exhibiting the talents of a number of building craftsmen, under the direction of Southern Living Custom Builders Carl Henson and Bret Franks. 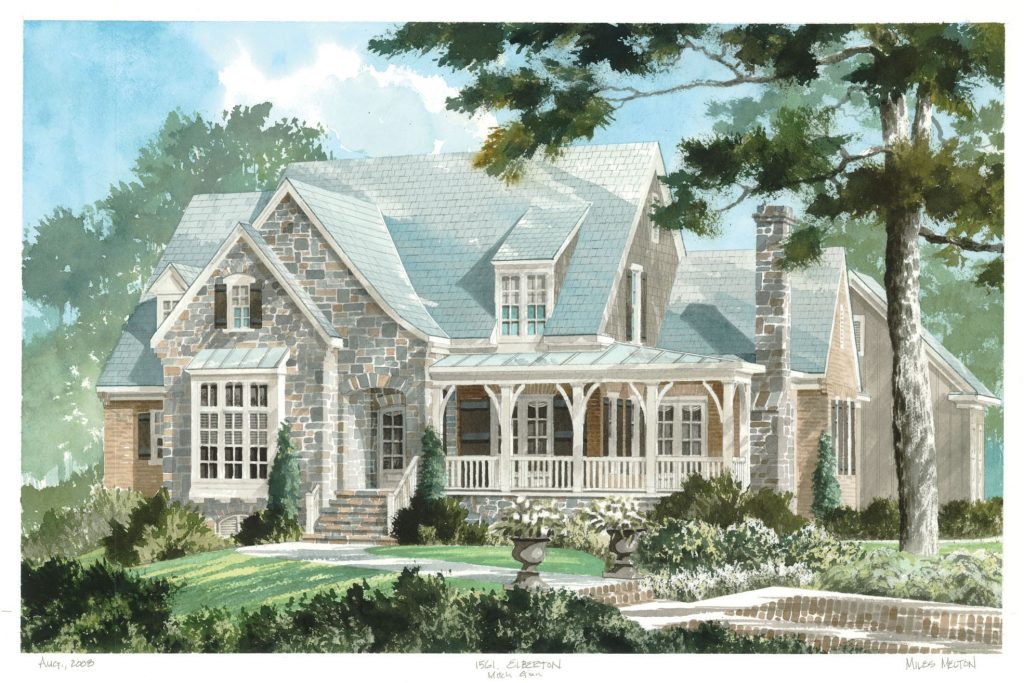