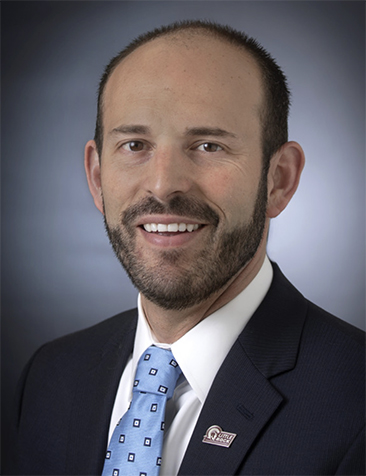 Chasse Conque is stepping down from his position as vice chancellor and director of athletics at the University of Arkansas at Little Rock to take a similar role in Texas.

Conque announced today that he is resigning from the University of Arkansas at Little Rock to assume the role of vice president and director of athletics at the University of Texas Rio Grande Valley in Edinburg, Texas

“Today is very bittersweet,” Conque said in a statement. “Over the past four-and-a-half years, I have had the distinct opportunity to lead Little Rock Athletics and am very grateful to have witnessed some transformational years. Our competitive success and record-breaking academic achievements are just the tip of the iceberg.”

Conque has had significant success during his time with the Trojan’s athletics department. Combined, the teams have won 19 team and individual Sun Belt Conference championships and have made six NCAA tournament appearances.

He has also focused on fundraising, with a record $4.3 million in funds raised in 2017-18, according to a UA Little Rock release. In 2018-19, Conque’s department raised more than $3 million.

READ MORE: Inside the Business of Arkansas’ Intercollegiate Sports Programs

Image courtesy of the University of Arkansas at Little Rock