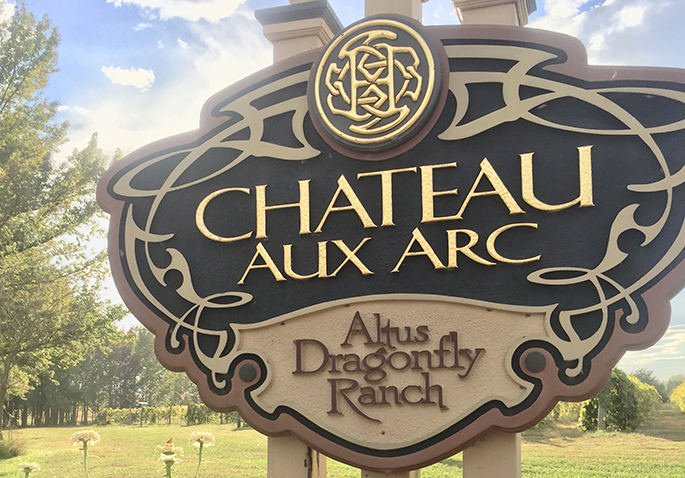 by Dwain Hebda
When Audrey House pitched her tent – literally – on a patch of fertile Altus soil more than 20 years ago, she was more than an anomaly. The then-20 something with a passion for the grape was rumored locally to be everything from a wayward hippie to a practicing witch.
What she was, in fact, was to become the state’s fifth winemaker at the time with Chateau Aux Arc (pronounced Ozark), a 50-acre spread that includes 26 acres of vines under trellis that produce 3,600 cases of wine per year.
And while there are larger operations in the neighborhood – much older ones, too – none have a deeper passion than House for the future of the industry and the potential benefits it holds for the state. 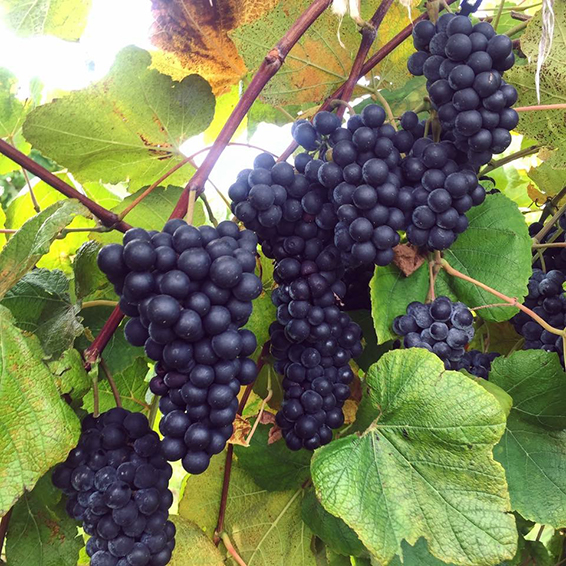 “I’m part of the one percent of city folk that went back to the country,” she said. “One hundred years ago, we had 28 million more people farming and in the next 20 years all the people that are farming, including my farm, could be changing hands. So what is the future for America as a whole? Could Arkansas be a leading example of what to do?
“I think more people need to be farming and understanding where their food comes from and working the land that has become fallow,” she added. “The best fertilizer on any land is the owner’s footsteps.”
House stops in mid-roar to watch the silky Chateau Aux Arc Dragonfly red swirl in the glass before her. She’s not shy about the things that matter to her most and Arkansas’ wine is right up there. “Liquid love” she likes to call it.
“You just don’t think about how there are really some awesome creations going on,” she said. “There are some bold people, like myself, that are trying to make a name again for Arkansas, as well as Missouri. I’m very proud to know those people.” 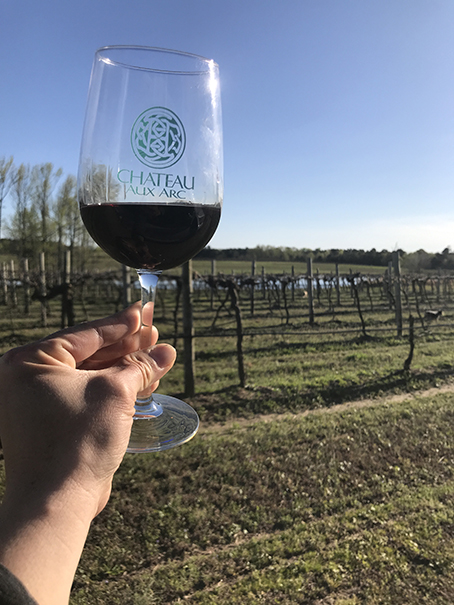 Arkansas’ wine industry has grown to more than 20 producers, the original clutch of which reside in the west central farmland surrounding Altus. More recently, wineries have popped up in Hot Springs, Little Rock and northwest Arkansas, bringing the state’s productivity to levels not seen since before Prohibition.
House not only tends her own place, including the stunning 5,400-square-foot tasting room she constructed in 2005, but has also taken the lead with industry groups, including the Arkansas Association of Grape Growers, of which she is president, and as ex-officio member of the Arkansas Wine Council. Through these and other entities, she’s dreaming big for the native vino.
“I love to see people trying to grow varieties in different parts of our state. I’d love to see agri-tourism tax credits to rejuvenate our rural communities that have been eaten up with addiction,” she said.
House has already targeted legislation for the next General Assembly which would allow a grape grower in a dry county to ferment on-premises as a means to increase producers statewide. It’s not her first legislative rodeo, in fact, she’s such a ubiquitous sight at the statehouse she’s known to lawmakers as the Grape Lady.
“That’s one of the problems that we face in Arkansas, the dry county aspect,” she said. “Just because you own land in a dry county, you shouldn’t be restricted on the fact that you can’t ferment. The same applies if they were growing hops, they should be able to have a brewery (under an) on-premise dry county manufacturing license.”

Changing statues isn’t the only hurdle the industry faces. House said changing entrenched attitudes about promotion and marketing is as difficult, yet equally critical.
“I’m not the new kid on the block. I’ve been at this for 20 years,” she said. “I guess I just now have the cajones to be a little bit more brazen in expressing to those that are set in their ways to get the hell over it. The progress train is coming and you have two choices. You can either continue to stand there or you can get on.
“We have approaching 30 (wineries) and a few more that are planting grapes, getting it done, trying to live the dream. I feel like I’ve got a responsibility to make sure we blossom.”