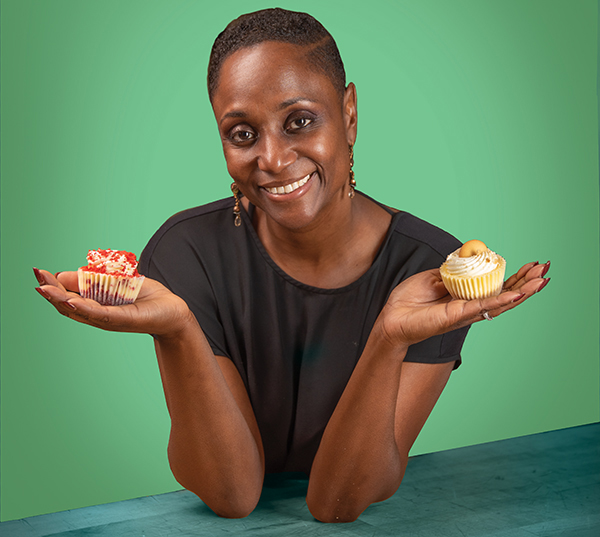 Exciting news for the fans of Cheesecake on point. Owner Matcha Norwood’s storefront is set to open on Saturday, May 8. Norwood is no stranger to AY Magazine, as we just featured her in our April print edition. She’s built a loyal following of folks, like me, who adore her cheesecake creations.

Her irresistible cheesecake cupcakes will obviously remain a huge part of everything Matcha does, but once she gets settled a bit, expect a variety of other offerings. Wednesdays will be “Pastry Day.” In addition to the cheesecakes, Matcha will be making a different pastry from a rotating list that includes items like cinnamon rolls, scones, baked donuts, and macarons.

And while the cheesecake-on-a-stick concept will stay with the food truck (which will still travel to major events), the storefront will feature more traditional slices (without the stick) in a variety of flavors.

“We will always have at least 12 flavors available,” says Norwood.

The new brick-and-mortar also means you will now also be able to buy (and pre-order) whole cheesecakes which will be available in 9-inch, 6-inch, and 4-inch sizes.  As for the storefront itself, it remains a bit of a work in progress, so while it officially opens on May 8, expect to see continued improvements over the next few months.

READ MORE: The Face Behind the Place: Matcha Norwood of Cheesecake on point