Another summer draws to a close, and with it, all those camps, workshops, events, cookouts, exhibits and other summertime activities our children love attending.

by Ryan Nix | Photography courtesy of each organization

We’ve included kid-friendly plays, library workshops, STEM and tinkering labs and so much more. Take some time to browse the list and find some fun and engaging entertainment and educational opportunities for your children this year. 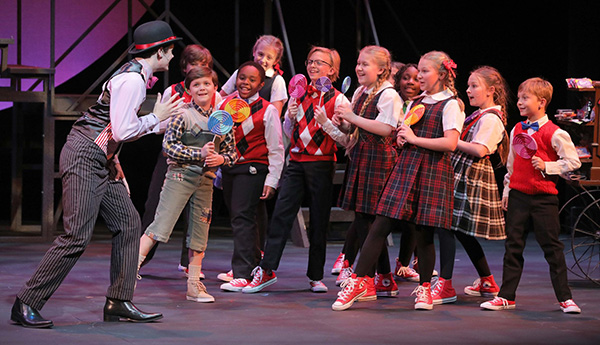 Located in downtown Little Rock, the Rep offers a variety of fall classes, open to all students, from kindergarteners to high school seniors. Their youth program runs from September 9 to November 14. The Rep also will hold day camps on Martin Luther King, Jr. Day and throughout the week of spring break. Additionally, the Rep believes that all students, regardless of background, should have access to the theater arts. In pursuit of that goal, they offer full and partial scholarships for their classes, depending on need and availability.

Center on the Square,
Searcy

This fall, Center on the Square is happy to present KidStage, their in-house, after school program. In this nine-week program, two groups of students will learn about different areas of theater, including improv, characterization, voice work and stage movement. At the end of the nine weeks, both groups will present separate one-act plays. The “Littles,” consisting of second- through sixth-graders, will present Just Like Us, a show about overcoming bullies and embracing diversity in their schools. The “Bigs” group of middle- and high-schoolers will be putting on C.S. Lewis’ The Lion, the Witch and the Wardrobe.

The Pocket Theatre’s PocketTeens program puts on three shows a year and is open to all interested students ages 13-17. In October, PocketTeens is presenting The Legend of Sleepy Hollow, showcasing local young actors and backstage talent.

The Arkansas Public Theatre is showing Newsies this February and is auditioning young actors on December 16. They also allow teens 16 and older to volunteer as ushers for show nights and matinees. Not only is this a great way for students to add vital volunteer hours to their college applications, the Public Theatre also welcomes their ushers to watch the performances for free.

If you’re searching for artistic enrichment in northeast Arkansas, look no further than the Forum Theatre, home of the Foundation of Arts. The FOA has several programs and shows to look forward to this fall and spring, including classes for all ages in piano, voice, acting techniques, visual art, jazz tap and ballet. Ever cognizant of the artistic needs of all kids and teens, the FOA offers scholarships and work-study to help pay for their classes. Additionally, the FOA has several upcoming shows appealing to younger audiences, including Joseph and the Technicolor Dreamcoat in September and Matilda in October. This spring, the FOA will show Newsies, The Outsiders and Chitty Chitty Bang Bang.

For their fall educational program, Arkansas Shakespeare Theatre is producing a one-hour adaptation of Romeo and Juliet aimed towards families. The company will be touring schools around the state and also will have four public performances this fall: October 27 in Hot Springs; October 30 in Conway; November 1 in Harrison and November 5 in Leslie. 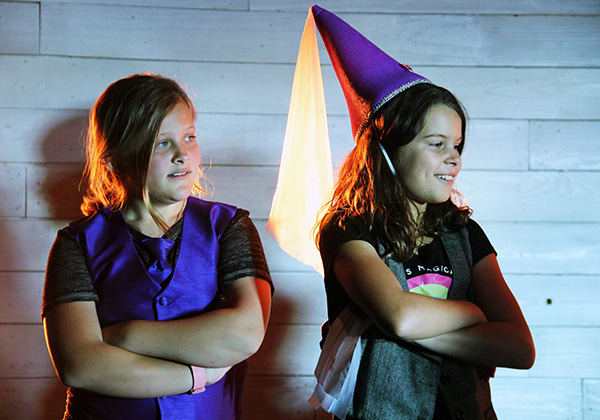 “T2” is celebrating the grand opening of its new theatre space this year which will allow several attractions for younger audiences and participants. Through KidsClub, they provide a comprehensive introduction to theatre via a series of six classes, covering playwriting, acting, and backstage work culminating in a performance created entirely by kids. This spring, they’ll also be showing Matilda, which is open to all young actors who wish to audition.

The Arkansas Arts Center is kicking off this fall with Art Start! on September 18, inviting preschoolers for “make and take” art projects and museum tours. As for longer-term programs, the Center is opening registration on August 18 for a series of workshops at the Riverdale Shopping Center, offering instruction in several areas including painting, jewelry-making and ceramics. Their classes run from September 14 through November 22 with ongoing registration. Finally, the Arts Center’s Children’s Theatre is going on tour with Wynken, Blynken and Nod: A Play for the Very Young with shows running from September 24 to October 20 in the Riverdale location and in other community theatres.

Conway’s artistically-inclined residents have a lot to look forward to this fall at the Red Curtain Theatre. On the first two weekends of October, Red Curtain will present the high school edition of Chicago, featuring many of Conway’s young, upcoming actors. Then on October 25, 26 and 27, their kids’ theatre workshop will show Disney’s Sleeping Beauty. Additionally, Red Curtain’s Broadway Dance Academy offers dance classes that cater to both recreational and pre-professional students ages 3 through adult, with registration running until the end of September. Their wide range of classes includes ballet, tap, jazz, hip-hop, clogging, body conditioning, belly dancing and musical theatre. Beyond dance, the theatre also provides year-round coaching in acting, debate, voice and piano.

Right in the heart of the River Market district sits the Museum of Discovery. As one of the three statewide partners of TinkerFest, the museum will offer its own take on the festival September 14 with a full-time tinkering lab taking over the entire museum. TinkerFest gives kids and adults hands-on experience with the inner-workings of everyday objects like cars and computers. For younger scientists, the Museum of Discovery has its Wiggle Worms program every Tuesday, Thursday and Saturday. Wiggle Worms is designed to introduce children 6 and younger to scientific concepts in a fun and interactive environment.

This museum has several opportunities for your young person, including monthly Girls in STEM workshops for ages 6 and up and weekly ScienTOTs activities for preschool and kindergarteners. The Mid-America Science Museum is another TinkerFest partner, sponsoring its own Tinkering Takeover on October 12, as well as opening an outdoor DinoTrek Educational Park where kids and adults can hike through a 21-acre exhibit filled with sculpted dinosaurs from the Triassic, Jurassic and Cretacious periods.

Beyond offering hands-on interaction with scientific concepts and artistic exhibits, the Amazeum is the third Arkansas TinkerFest partner with an event taking place on October 5. The Amazeum is sponsoring 4-H events in November, February and April. 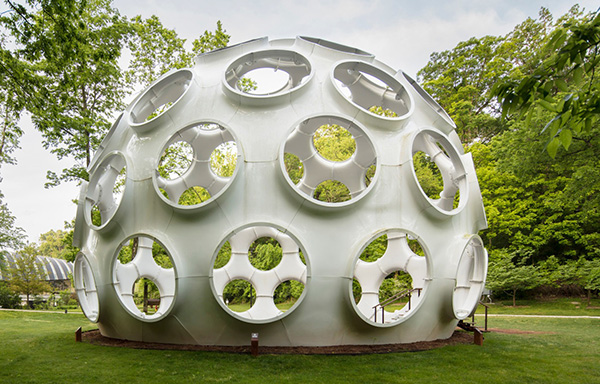 Also located in Bentonville, Arkansas’ most celebrated art museum offers tours every day except Tuesdays. Additionally, Crystal Bridges has weekly drop-in artmaking programs for kids, preschool playdates, and in October will host a family nature workshop about the important role of spiders in our ecosystem. 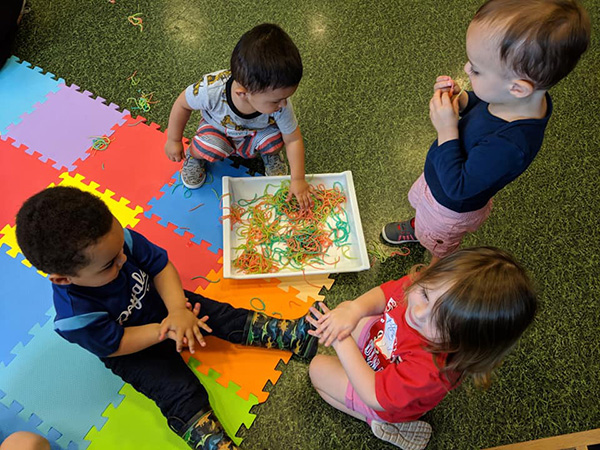 The Laman Public Library provides the North Little Rock area’s youth with a variety of educational and artistic opportunities. Two to three times a week, Laman has mid-morning storytime and Lego-building for preschoolers, beginner cooking classes and parties for kids, and STEM classes for homeschooled students. They also have a strong teen after school program with an alternating set of daily activities including video and board gaming, painting, crafts and solving escape boxes. 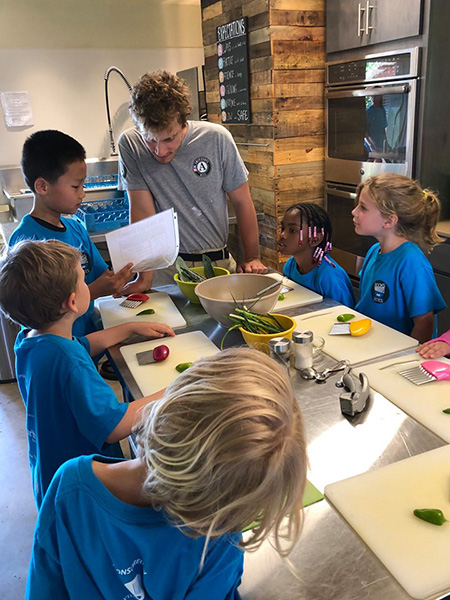 The Fayetteville Public Library provides the Northwest Arkansas area with a strong selection of adolescent activities, like workshops with local authors and illustrators, video gaming, and on September 23, will hold a Banned Books Project, which encourages junior and senior high students to bring their favorite banned or challenged book and read it out loud in their Teen Project Space. For younger kids, they also have preschool storytimes and baby bookworm activities throughout the week, promoting early-childhood literacy to prepare them for kindergarten and elementary school.