Chowing Down with Joe Kleine at Corky’s Ribs & BBQ

Chowing Down with Joe Kleine at Corky’s Ribs & BBQ

“You can deliver some amazing BBQ products,” Baker says to Kleine, but there’s plenty of other delicious options to choose from. One of Kleine’s favorites is one you might not think about: fried shrimp seasoned with cajun spices and homemade cocktail sauce. 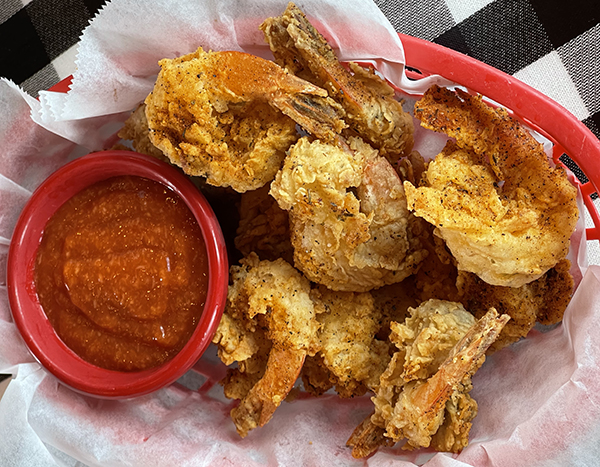 Baker’s staple is the BBQ spud: a baked potato loaded up with pulled pork, Corky’s BBQ sauce, cheese, dip, shredded cheese, some dry rub and a side of sour cream to top it all off. 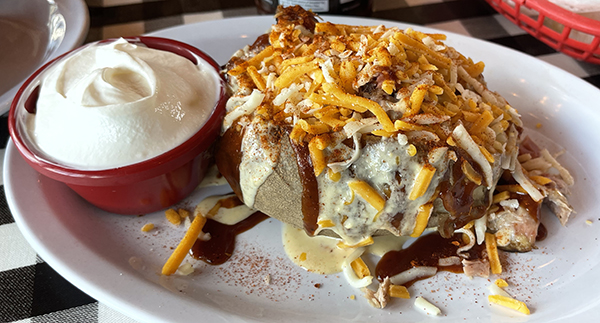 “The thing that you definitely have to eat when you come in here is the ribs. You’ve been talking about the dry ribs since I came in,” Heather says as they dig in. “That’s probably my favorite,” Kleine responds, drizzling some of Corky’s original BBQ sauce over it.

While Baker gets started on the fried catfish with homemade tartar sauce, Kleine talks about Corky’s half chicken, which comes in BBQ and rotisserie forms. “It’s cooked for two-to-three hours on hickory smoke, it’s flavored with BBQ sauce and rub. I love eating this, but get a lot of napkins cause it’s messy,” Kleine comments. 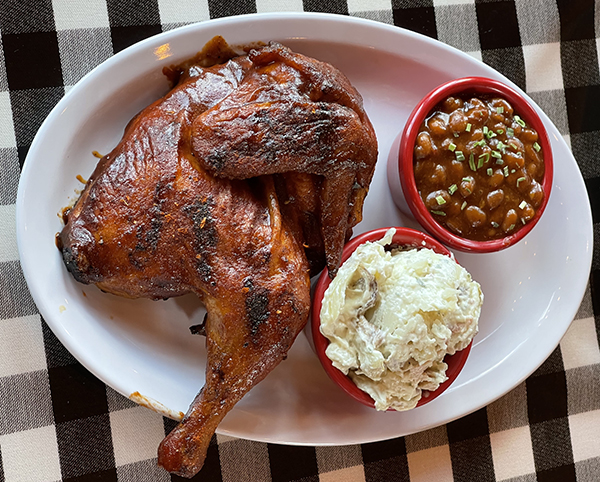 To finish things off, Heather mixes some of their hot sauce and mixes it with honey to dip her roll in, and Kleine joins in with one of Corky’s made-from-scratch onion rings.

That’s all for now, folks! 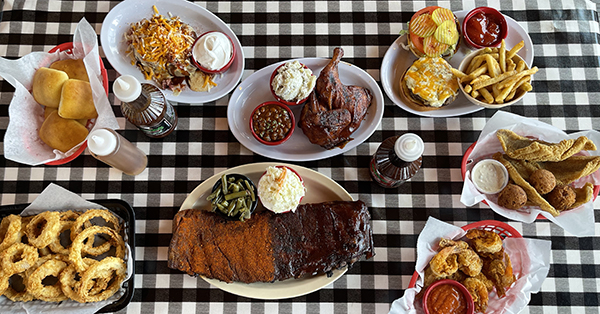