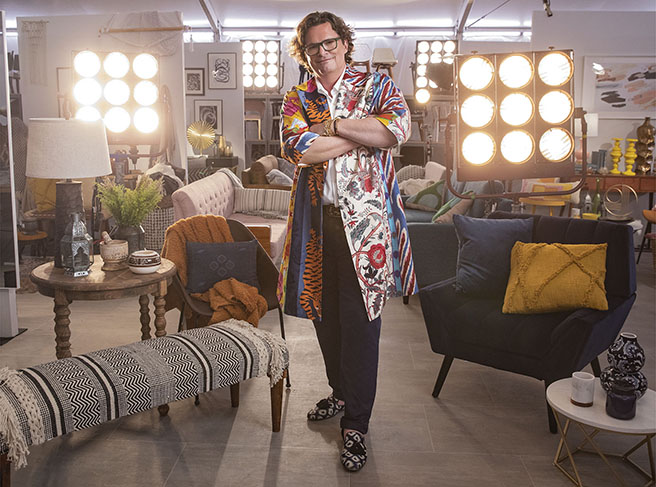 With one episode down and six more to go, Chris Goddard spoke with AY about his arguably biggest design project yet: HGTV’s Design Star: Next Gen.

Starting his successful design career at the young age of 21, Goddard has 30 years of design experience in Northwest Arkansas and beyond already under his belt. As with most entrepreneurs, Goddard started out small, but with the help of a few clients, he found a break. “I had the pleasure of working with clients who would take me around the globe,” says Goddard.

He’s won a Designer of the Year award from Interior Design Society 2020, amongst other recognitions and awards throughout the years, and now he’s on his way to earn the title of Design Star.

Making the leap to designing on national television was a stroke of luck for Goddard. “We always joke that we deal with so many crazy things we should be on T.V,” Goddard says with a laugh. “And then my manager [Melissa Banks] started getting a bunch of emails about a TV show. We thought it was a joke, but Melissa looked the company up and said, “You need to call them back.”’ 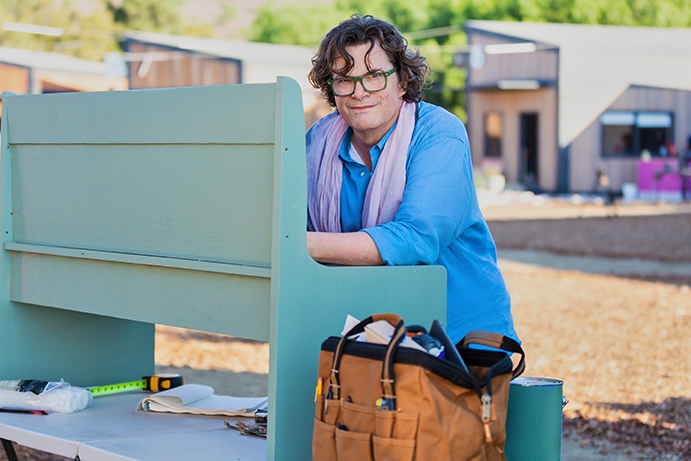 As seen on HGTV’s Design Star: Next Gen, designer Chris taking a break

And that’s how Goddard found himself quarantined with seven other designers from around the country for a couple of months on the West Coast. “My room had the best view of the ocean. Windows open, ocean breeze blowing through, it was the best way to spend October and November,” said Goddard. However, not every setting Goddard encountered was as peaceful as this. “The set of the show was very intimidating. There are what seems like a hundred people in the set surrounded by cameras, sound equipment, lights.”

The intimidation didn’t stop on the set. As viewers saw in the first episode that aired on Feb. 24, the designers were not given a simple first challenge. “The social media challenge was way harder than the design challenge,” said Goddard. “I’m the oldest contestant on the show, so I felt intimidated by the younger designers who are social media savvy. Somehow, I finished in the Top 3 for social media, so I’m proud of that.”

Finding a groove, Goddard won overall in the first episode. “The judges really give nothing away. You listen to criticism and praise as they judge your design in front of you, and you really don’t know where you’re going from there,” says Goddard.

During the challenge, each contestant was given a different space to redesign. Goddard described his room as, “where mountain men go to die.” Used to working with a team, Goddard found himself thrown back to the very start of his business at 21 years old. “When I first started out 30 years ago, I learned how to paint, apply wallpaper and other things that were useful in this challenge. Everything was super hands-on, I was rolling up my sleeves,” says Goddard. “I haven’t done hands-on work like this in years. I’m used to ordering pieces, but now I’m actually making stuff again, and my instincts went into survival mode and muscle memory.” 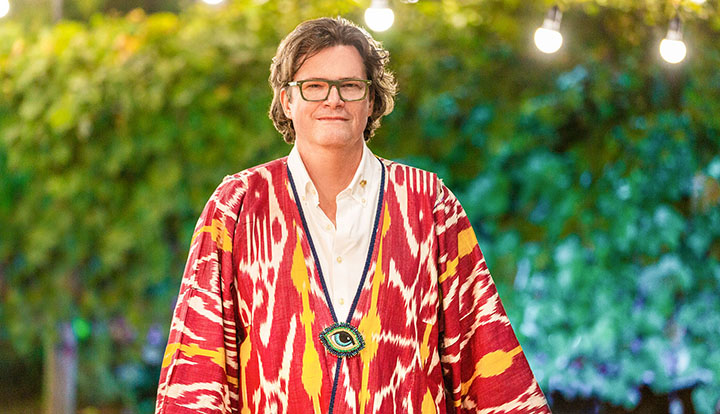 Presenting his work to the judges was a different experience for Goddard. “It was strange because you work with clients for weeks and they know the process and concept already. For the judges, I had to sell my idea to them, so I created a client in my head for the design and explained why this space would work for them. Storytelling through design,” says Goddard.

Through the difficult and nerve-wracking moments, Goddard went into the competition with a goal in mind that he feels as though he accomplished: continuing to adapt. Goddard defines his design style as “timeless elegance,” and in his mission to continue finding the ability to change, he found just that. “I went to push myself out of my comfort zone, you do your best work outside of your comfort zone. I ended up learning a lot from the other designers. Each designer represented a different style and a different region, truly diverse, and we were all willing to learn and share ideas with each other. Creative people feed off of one another, and I made some amazing friends out of it that will last a lifetime.”

Ready to see more? Goddard sure is. “Things get crazy in this next episode. It’s unexpected and definitely fun to watch,” says Goddard.

Follow Chris Goddard on his social media pages to stay updated on what’s going on in the show. The second episode airs on Wednesday, March 3 on Discovery+.