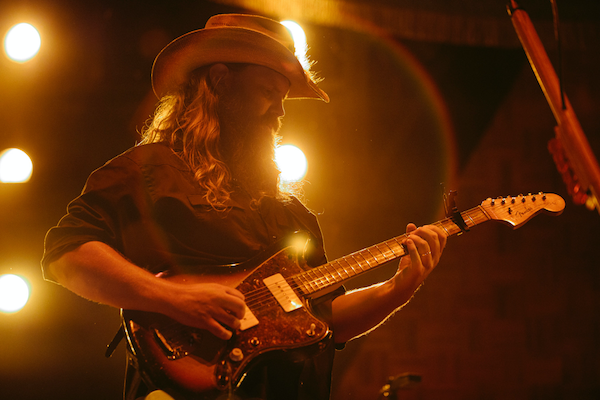 Chris Stapleton has added tour dates to his All American Road Show with Elle King and Morgan Wade, including a stop at Simmons Bank Arena in October.

The new performances add to a monumental year for the five-time Grammy Award-winning singer, songwriter and musician, who is nominated for three more awards at the 64th Annual Grammy Awards. These categories include Best Country Album (Starting Over), Best Country Song (“Cold”) and Best Country Solo Performance (“You Should Probably Leave“).

Stapleton was also nominated for five awards at this year’s 57th ACM Awards: Entertainer of the Year, Male Artist of the Year, Single of the Year (“You Should Probably Leave” — as artist and producer) and Video of the Year (“Taylor Swift’s Bet You Think About Me (Taylor’s Version)”).

There will be a six-ticket limit per household and prices are set at the following: $59.75, $89.75 and $119.75, plus additional service charges. Face coverings are recommended for the show.

Stapleton’s current single, “You Should Probably Leave,” also reached No. 1 on both the Billboard Country Airplay and Mediabase/Country Aircheck charts last week — his third No.1 as an artist following 2021’s “Starting Over” and 2018’s “Broken Halos.”