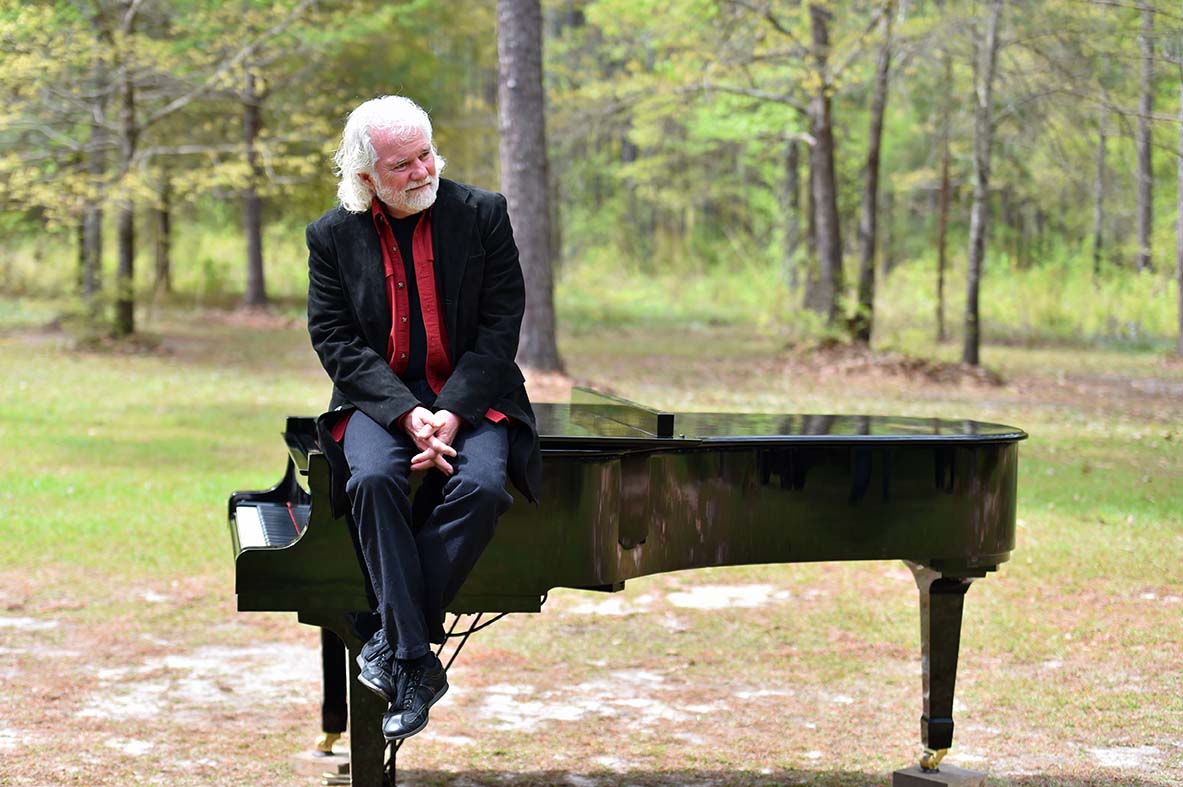 By Tyler Hale
It’s not every day that a world-renown musician shows up in Little Rock to play a charity gig, but this February, Chuck Leavell is making it happen. Leavell, a keyboardist who has played with the likes of the Allman Brothers Band, the Rolling Stones and many others, will be performing at the Women and Children First annual gala on February 16, 2019.
Growing up in Alabama, Leavell learned to play the piano at an early age. He cites his mother as his “first and strongest influence” who showed him the basics of the piano and would encourage him to play and discover music. “She was not a teacher or professional, but I just loved to watch and listen to her play, and she would show me simple things on the instrument and sometimes leave me to my own resources on the piano bench and tell me just to make something up,” Leavell says.
During his early years, Leavell was exposed to a wide range of musical influences, from country, gospel, soul and the music of the British Invasion. It wasn’t long before he joined his first band, The Misfitz, when he was about 14 years old. He even played on a gold record – Freddie North’s “Don’t Take Her, She’s All I Got,” when he was only 16 years old.
Leavell went on to join the Allman Brothers Band in the 1970s and played with the band until 1976 when they broke up. He then formed the band Sea Level, a jazz-rock band featuring bassist Lamar Williams, guitarist Jimmy Nalls and drummer Jaimoe.
It wasn’t until the 1980s that Leavell began his longest-running musical collaboration as the keyboardist for the Rolling Stones. He tours with the band and has performed on almost all of the Rolling Stones’ albums recorded since the 1980s. To date, Leavell has played with the Stones for about 36 years.
In a career that has spanned decades of music history, Leavell has left his mark. As a member of the Allman Brothers Band, he helped break the world record for attendance at a concert in 1973. The Summer Jam at Watkins Glen attracted some 600,000 concertgoers, breaking the attendance record set at Woodstock four years earlier. In recent years, he has played to even bigger crowds with the Rolling Stones. The band played a free show in Rio De Janeiro to an estimated 1.5 million people and later played a show in Havana to roughly 750,000 concertgoers.
“But the fact that I’ve also been fortunate to work with so many other great artists makes it even more rewarding. The Allman Brothers Band, Eric Clapton, George Harrison, David Gilmour, John Mayer and so many others,” he says. “I’m just grateful beyond words for all of the incredible musical experiences I’ve had.”
When he’s not touring or performing, Leavell is dedicated to charitable efforts and conservation. One of his significant conservation endeavors is tree farming, and he and his wife, Rose Lane Leavell were named the National Outstanding Tree Farmers in 1999. Both he and his wife are also dedicated to causes that help women and children, which is what led him to support Women and Children First. “I think it is important for all of us to give back in the best way we can. It connects us,” he says.
Women and Children First provides emergency services to women and children affected by domestic violence. In addition to a 24-hour hotline, the organization provides emergency shelter where women and children can receive clothing, food and hygiene items.
To Leavell, playing at the Women and Children First gala is a way of giving back to the causes that matter to him. “My wife, Rose Lane, and I are particularly interested in children’s issues, and of course, in this day and time, with the #MeToo and Time’s Up movements, we feel those issues are important to emphasize and to support,” Leavell says.
Leavell is looking forward to the gala and hopes to encourage others to support Women and Children First in its mission. He also is excited about honoring the 2019 Woman of the Year, Susan Hickingbotham. He describes both her and her husband, Herren, as “pillars of the Little Rock community and does so much philanthropically. Susan is so deserving of this particular recognition, and I admire her greatly.”
While the focus of the gala will be the charity and its mission, Leavell will make sure everybody is entertained. Ever the performer, Leavell plans to have the crowd rocking when they leave.