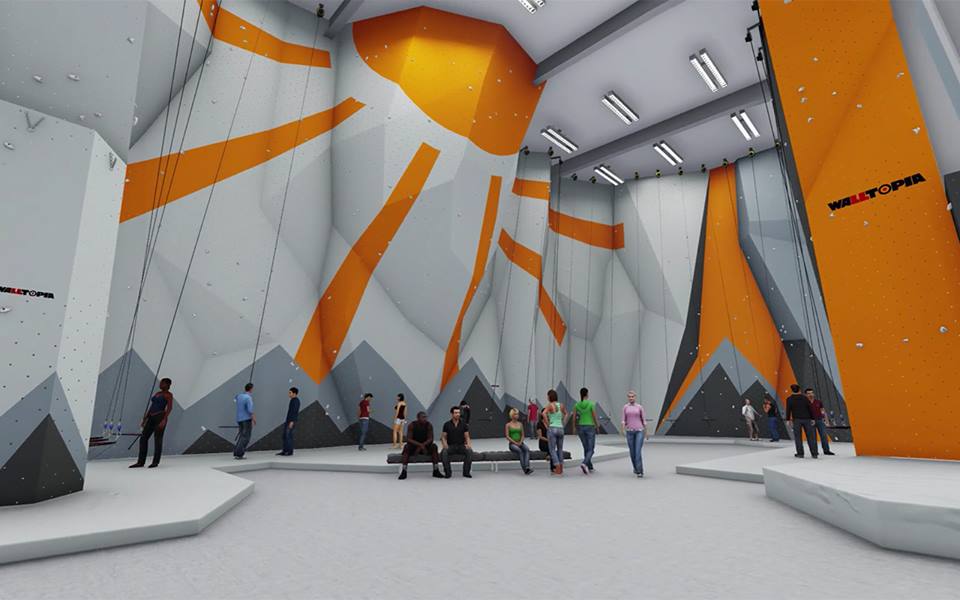 Jill Rohrbach, travel writer
Arkansas Department of Parks and Tourism
The anticipation is killing me.
Climb Bentonville is projected to open this fall in Bentonville and it’s going to be a whole new playground of fun and fitness for all ages in Northwest Arkansas.

Climb Bentonville is a branch of Climb Nashville, one of the Southeast’s premiere climbing facilities, and is a joint venture with local businessman Dennis Nelms. After 14 years in business, Climb Nashville owners Drew Sloss and Lance Brock have partnered with Nelms to open their newest indoor rock climbing facility and Bentonville’s first climbing facility.
I recently talked to Nelms about the progress of the construction.
“It’s a ground up build,” says Nelms. The facility is projected to open in October, but certainly this year even if there are any delays in construction.
The 20,400 square-foot building is going up at Ark. 102 and SW I Street in Bentonville. The new facility will boast more than 16,000 square feet of indoor climbing terrain built by industry leader Walltopia. Lead routes will measure about 45 feet vertically. Youth routes will be about 25-35 feet tall. The facility will contain more than 9,000 square feet of rope climbing, over 2,500 square feet of bouldering, and over 3,000 square feet of dedicated kid zone.
The building’s two-story interior will also include a workout room, yoga/fitness class space, restrooms, locker area, and retail store. There will be a party room for birthday parties and private events.
This is the first climbing gym of this caliber in the state. “There’s not another gym similar to it,” Nelms says. “Nashville is probably one of the closer ones, then the Denver area.”
Nelms explains that first generation climbing gyms were homemade walls maybe in a warehouse or basement. Second generation gyms were built by manufacturers that specialized in building climbing facilities. He says Climb Bentonville is a third generation gym with climbing, a workout facility, classes, and longterm membership.
He expects the gym to pull in people that would never perceive themselves as climbers. Nelms estimates that 80 percent of the people that are going to climb at the gym don’t even climb right now.
“I was introduced to climbing when I was 20. I’m 47 now,” Nelms explains. “I pretty much fell in love with it, packed my bags, and lived out of my truck going from crag to crag around the country.”
During this time he worked with outdoor programs, like Outward Bound in California. He took a National Outdoor Leadership School (NOLS) class. “This whole time I was climbing and introducing people to the outdoors,” he says. “I always sort of wanted to do something like that here in Arkansas.”
In his 30s, he came back to Arkansas and ended up starting Adventure Subaru with his father, Don Nelms. “I got a strong business background from that,” he adds. Nelms sold his portion of the car business almost five years ago so he could make the transition back to his rock climbing roots.
Nelms is on the board of the Arkansas Climbers Coalition. He wants to introduce people to wellness through climbing and says he realized accomplishing that goal required a climbing gym.
“We’ll have a very big kids programming,” Nelms says. “There will be competitive and noncompetitive groups.”
Memberships to the facility will include access to indoor climbing and all gym amenities, such as training equipment and group fitness classes. Day passes will also be available. Gym staff will include personal trainers for one-on-one and small group coaching. Special programs such as youth camps, after-school programs, personal climbing instruction, and outdoor guiding will be available. Private events, such as corporate team-building and kids’ birthday parties will be among the gym’s unique offerings.