This month America celebrates the centennial year of the National Park Service, NPS. U.S. President Woodrow Wilson signed the act that created the agency on August 25, 1916.

Among the national parks in Arkansas celebrating the event is the President William Jefferson Clinton Birthplace Home National Historic Site in Hope. The home is where Bill Clinton, the 42nd U.S. President, spent the first four years of his life with his mother and grandparents.

“On August 25, we are going to join the entire country in celebration,” said Tarona Armstrong, superintendent of the Clinton Birthplace Home National Historic Site. “It is a celebration that has already been kicked off throughout the year with a couple of programs. Here on site we are going to do Music in the Park and will be providing special evening tours of the birthplace home. We will bring in local artists and celebrate not only the centennial but also President Clinton’s 70th birthday, which is also in August.” 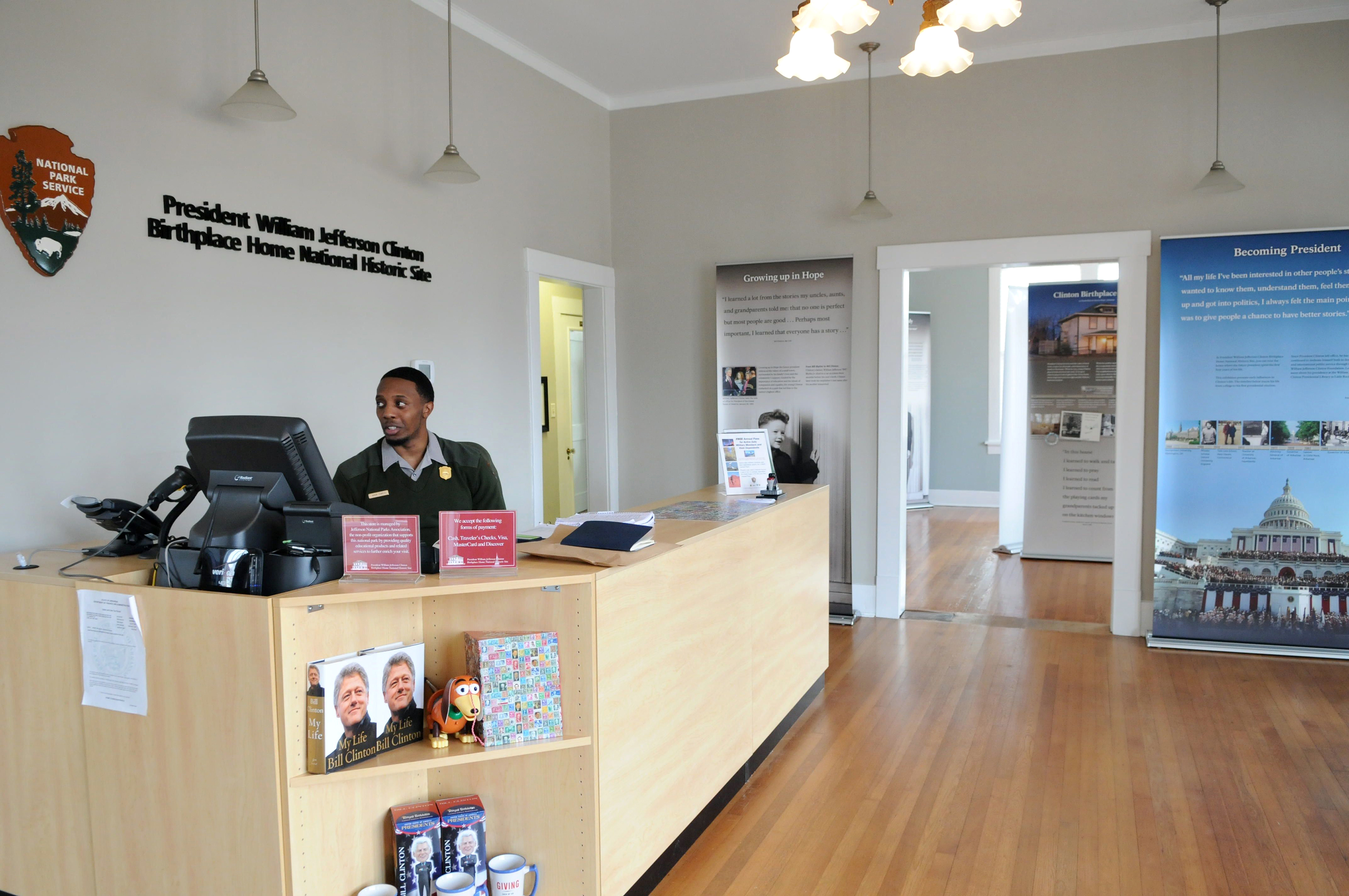 The Clinton birthplace home became a national historic site in 2010. It was transferred from the Clinton Birthplace Foundation Inc. to the National Park Service System and officially opened to the public as a NPS site in January 2011. Armstrong said visiting the home is a chance to walk through the same doors similar to what Clinton walked through when he stayed there with his mother and grandparents.

“We get a lot of people that say, ‘oh this looks just like my grandparents’ home,’” she said. “As you walk through the home, it takes you back in time. One thing you won’t see is a TV. Kids realize that really quick; they ask where it is. There is a big radio where they got all their news from. You can look out the window in Bill Clinton’s room and actually see the trains come by. He stated that he loved that. He often wondered where the trains were going and if he would ever get a chance to go. It immediately draws you back to that time.”

“You start to think about how times were,” Armstrong continues. “Even though it was during the time of segregation, it shows that even then they were able to work together in the community. President Clinton’s grandfather had his own store [which no longer exists] in Hope but Bill would go there and watch his grandfather help everyone, regardless of their skin color. We tell those stories and we get our visitors to have those dialogues with us. And it actually ties into today, what is going on in our country. This is a place where you can remember, you can relate and you can often think about the future too. Especially the future. It all ties together.”

The park’s visitor center includes exhibits about President Clinton’s early life in Hope and guided tours are offered of the home. On Christmas morning of last year, the home was the unfortunate target of arson and was closed for repairs until July 30. The home is now fully open for guided tours. 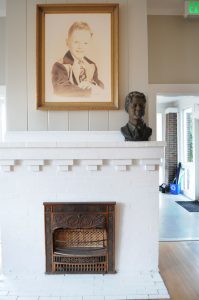 Armstrong said all of the furniture and artifacts were brought back and placed in the same spot they were in. “We had a layout of exactly where they were,” she said. “We have to keep in mind the home was already open for visitation prior to the park service coming on board. At that time President Clinton’s mother assisted the foundation in laying out the house, giving them a great idea of exactly how she remembered where everything was. So we wanted to keep it in the same frame. We are fortunate none of the items were lost in the fire. All of them had to be cleaned and somewhat restored to the original look.” She added that there were some very small updates also made to the home, for example to the interior of the walls, but those aren’t visible to the eye. Other than that everything was repaired to the original look, even down to the wallpaper.

Armstrong also got a call from Clinton after the incident. “He was very appreciative of the work we do and that we were able to save the home,” she said. “We talked about the importance of the home, and that it’s vital for the youth to continue to learn where he came from…He is very thankful that the house is still standing.”

A question Armstrong is often asked is why the property has already become a historic site. “People sometimes wonder because of him being a former U.S. President and still living,” she said. “We often think that doesn’t occur until one has passed away. But that is why we are here, the interpreters, to convey the importance of preserving a home now rather than later and telling the story. But the story will continue; it hasn’t ended. We do focus heavily on his formative years but we do talk about the work that he is doing globally and the impact. I think it’s awesome to tell the story of a little boy that comes from a small town in Hope and later became the man that he is.” 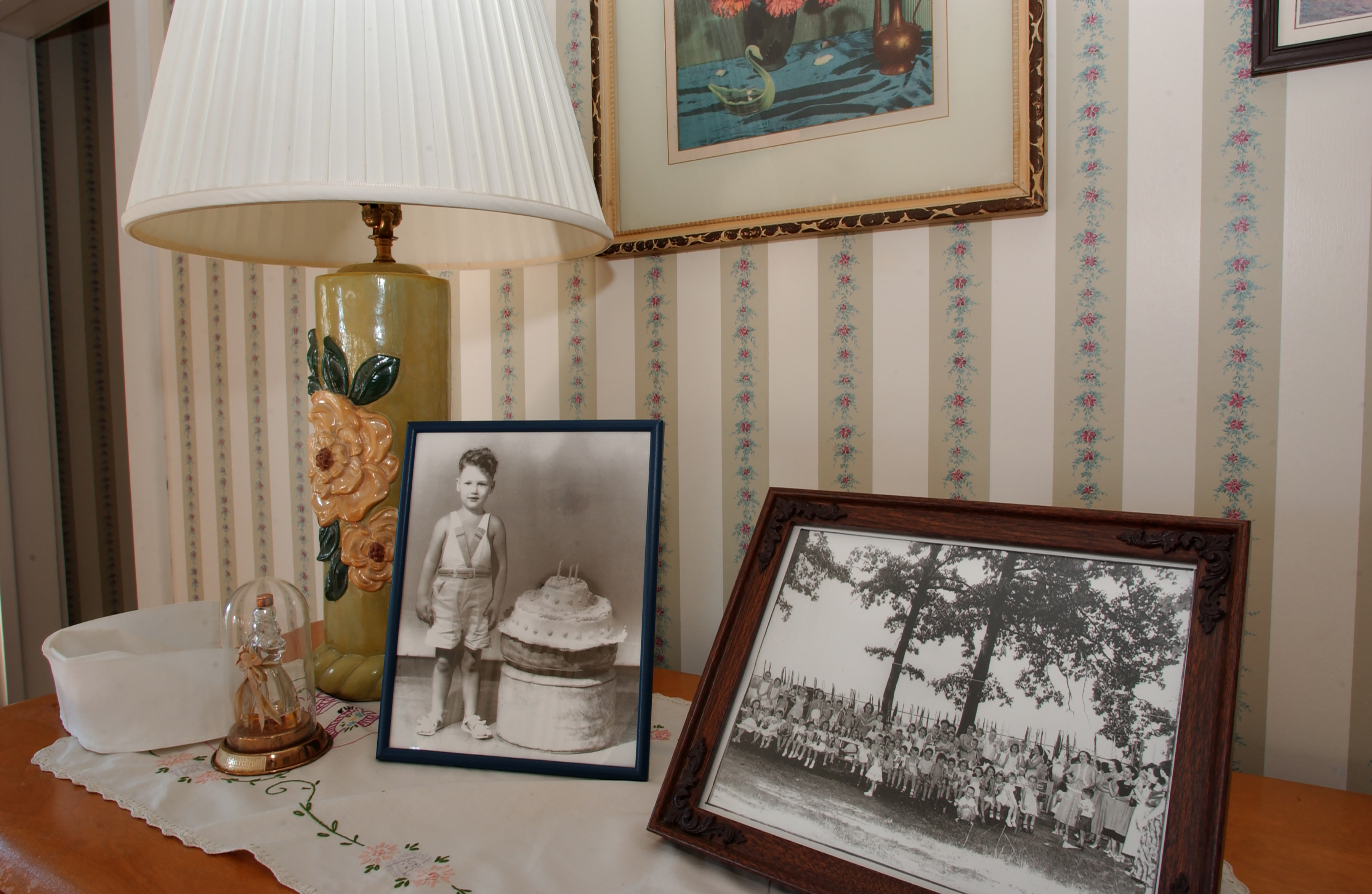 When visitors come, many want to talk about current politics. “We allow them to speak openly and freely but we stay within the historic perspective,” said Armstrong. “This is a place of history and as history continues to unfold we will tell the story.”

Part of this philosophy ties to the upcoming election with Hillary Clinton in the running to become the next U.S. President.

“We know that Hillary Clinton has already made history on many different levels,” said Armstrong. “Being the first lady of the U.S., later Senator, Secretary of State, and now her current position. The National Park Service is a place that inspires all people to connect to their history and share their stories.”

And it is all connected to a child from Hope who went on to become a U.S. President.

“President Clinton comes from a very small place in Hope and that alone will tell you it doesn’t matter where you come from, if you work hard it’s all about how you finish and continue your journey,” said Armstrong.