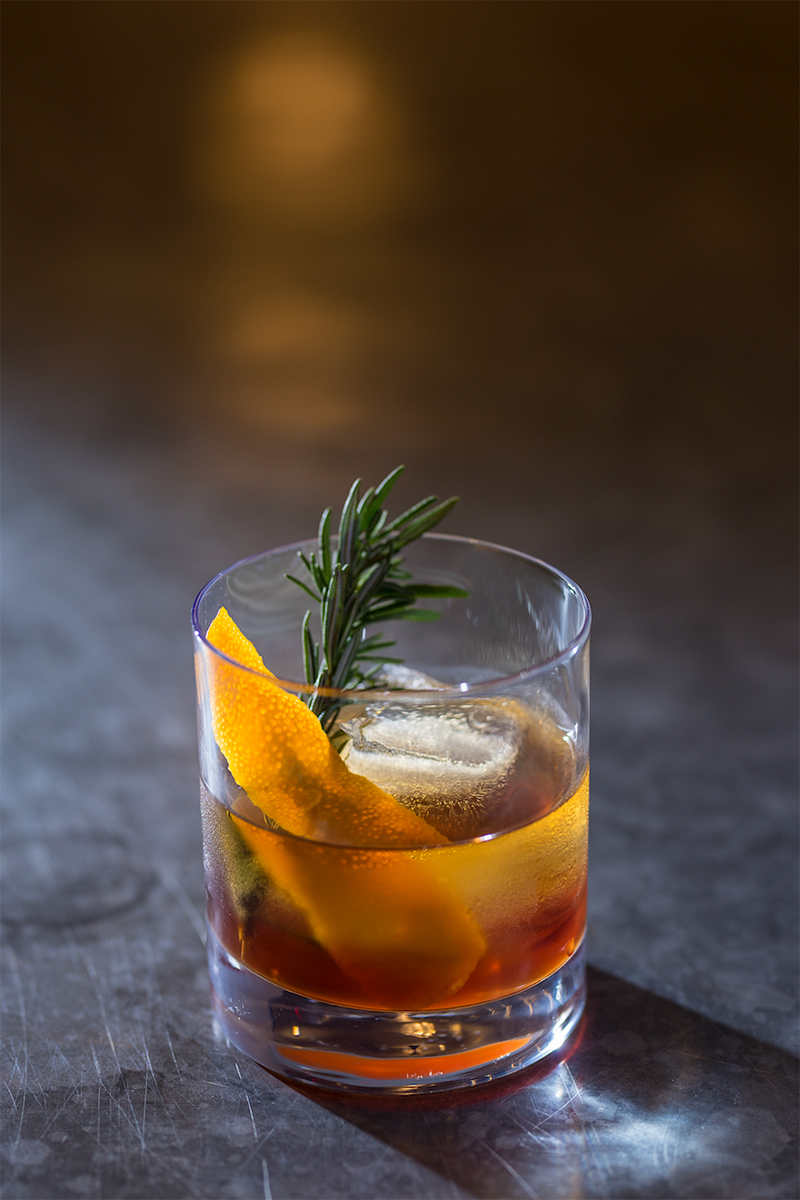 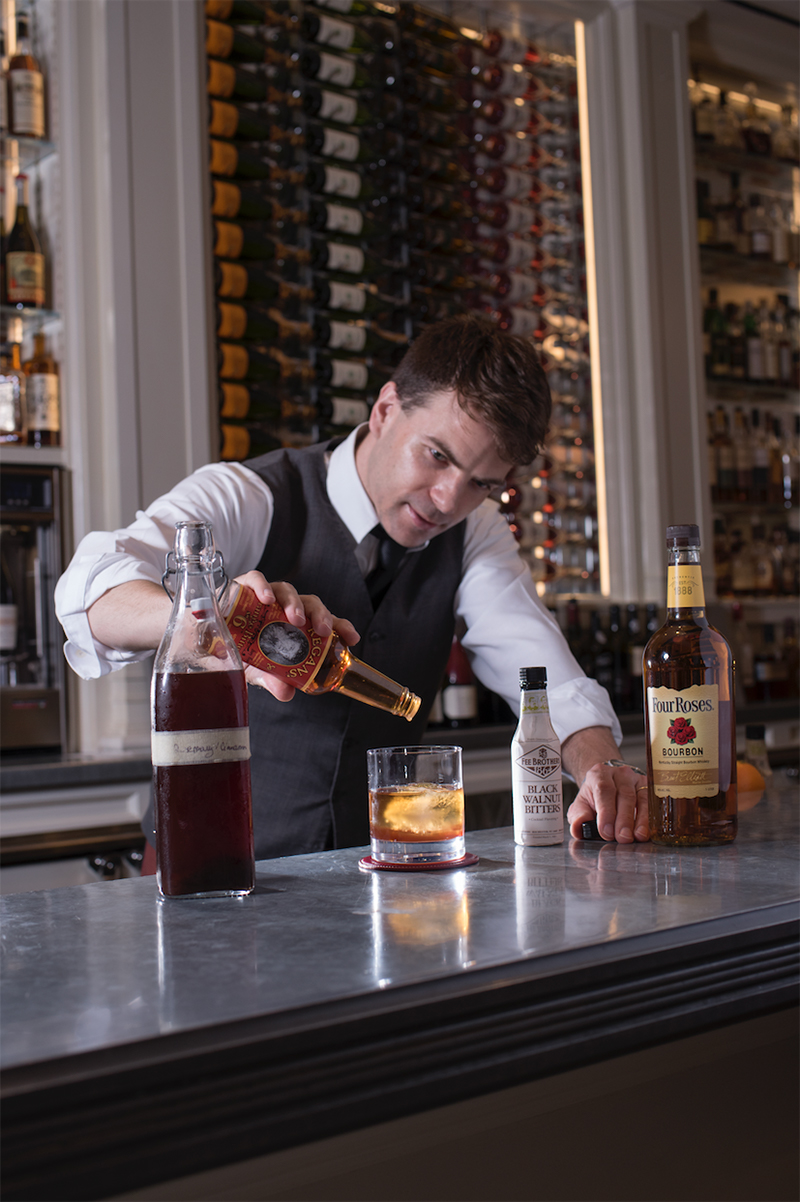 Simmer until it becomes thick like syrup. Cool and strain before using.  Keep the syrup refrigerated.

In a rocks glass, place a large ice cube and pour the bourbon over the top. Then the syrup and, finally, the bitters. Garnish with a sprig of rosemary and orange peel.