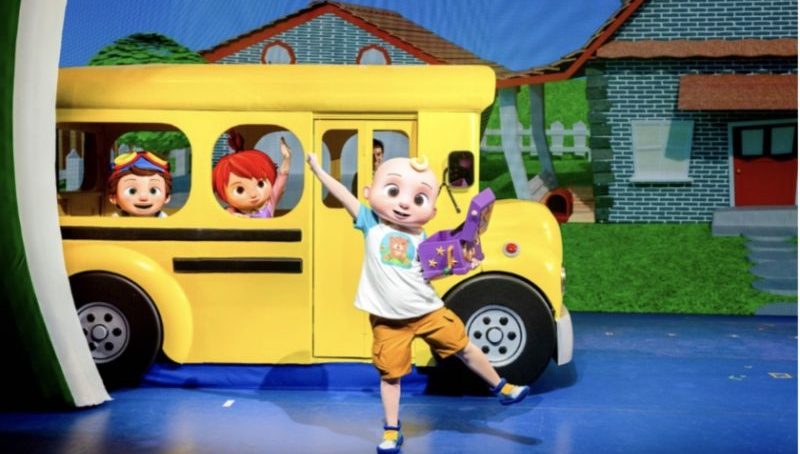 CoComelon Live! JJ’s Journey will be making its way all the way to the Theater at Simmons Bank Arena on Dec. 13 at 6 p.m.

The ultimate show that enforces “everything you want your kids to be,” will be in North Little Rock as part of its 65+ years for its North American Tour, inspired by CoComelon – the No. 1 most watched entertainment brand on YouTube, according to a Simmons Bank Arena news release.

According to the news release, CoComelon LIVE! JJ’s Journey is both a Broadway-style musical an adventure encouraging parents and kids alike to get out of their seats for an interactive experience – singing and dancing along. The musical will feature all the characters and over 20 songs, including new, original music.

“We’re so glad JJ and his family are back and can share their exciting journey with other families around the country,” award-winning event producer Michael Cohl said. “The response we received from the first leg of the tour was extraordinary and I have heard from parents that this is a perfect live event to bond with their child.”

CoComelon has become a leader on platforms such as Amazon, Spotify, Apple Music, Roku and Netflix – where the show set the record for consecutive days in the Top 10 Most Watched TV Show. CoComelon generates billions of monthly views and has over 139 million subscribers as the No.1 most-watched entertainment brand on YouTube.

Produced and promoted globally by EMC Presents, CoComelon LIVE!’s North American tour is presented in association with both Premier Productions and S2BN Entertainment.

For more information regarding ticket policies and to buy a ticket, visit TicketMaster or contact The Simmons Arena Box Office at 800-975-9000.