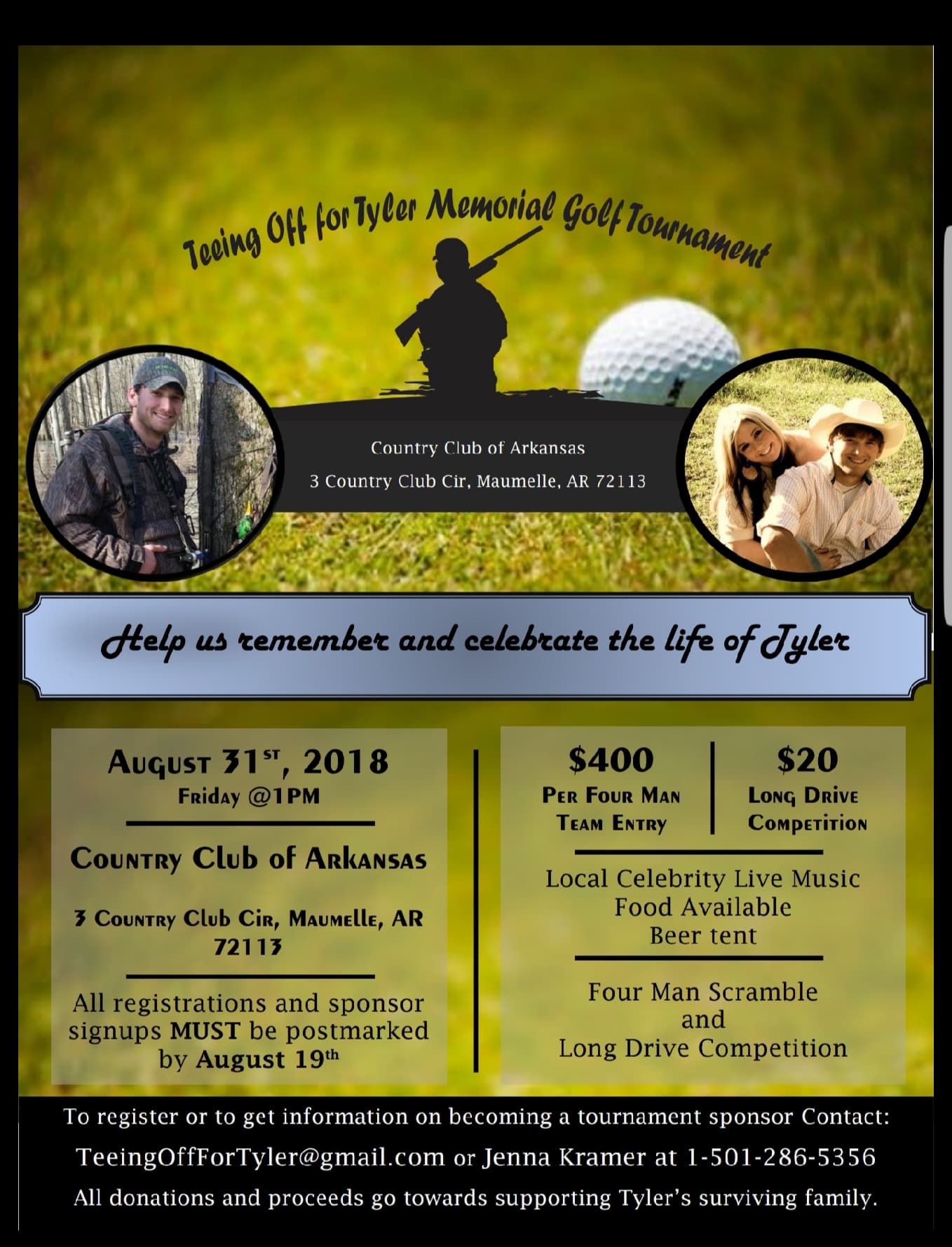 The community is pulling together to support a local family that recently suffered a debilitating loss.
Tyler Lee Grisham was a father, husband, son and friend. On June 8, he was struck by lightening while working in Maumelle. He passed away on June 9, leaving behind his wife and two children.
The Teeing Off for Tyler Memorial Golf Tournament will be held on Aug. 31 at 1 p.m. at The Country Club of Arkansas Golf Club in Maumelle. All proceeds from the tournament will go directly to Tyler’s wife, Shawna Grisham, and their two daughters, Dakota and Blake-Leigh.
Shawna Grisham says Tyler was passionate about the outdoors, and loved teaching about it to anyone who was interested. “There wasn’t anything that man couldn’t do, he built most of the furniture in our home. He always put his heart and soul into any job he ever had,” she says.
Grisham says Tyler loved providing for his family, and feeling like he had purpose both at home and at work. He was often told, “If only I had three more men that could work as hard as you.”
“His girls were always number one. When they were babies, he never put them down. His life goal was to be a dad, and he taught me how to be a mother. He loved living a simple life, being surrounded by family and friends.”
The tournament will feature a four man scramble and long drive competition. It costs $20 to enter the long drive competition, and $400 per four man team entry.
Luke Williams and Stays in Vegas will play live music at the tournament. Food will be provided by Gwatney, and beer donated by Lost Forty Brewing. Attendees can also participate in a raffle, with prizes ranging from gift cards to signed sports equipment from Tyler Wilson.
Grisham says she looks forward to seeing people gather at the event to honor her husband. Tyler truly enjoyed life, she says, and she wants to see people do just that at the tournament.
“I want to thank everyone who has helped my little family so much. It’s a honor to have such wonderful people in our lives,” she says.
“The world lost a great man, and we will miss him with every breath we take.”
To register for the tournament, contact TeeingOffForTyler@gmail.com or Jenna Kramer at 501.286.5356
The Facebook event page can be found here: www.facebook.com/events/198176524360138/