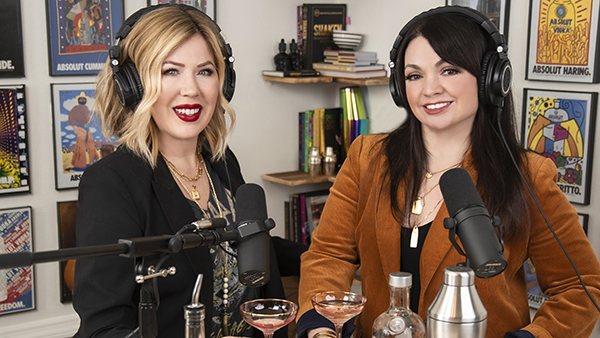 Conversations, Cocktails + Connections: Get to Know the Ladies Behind the Popular, Cocktail-Centric Podcast Based In Little Rock

Amy Hester and Emily Reeves Dean are best of friends. The two have known each other for more than 20 years, and as I found out over a recent interview at Ciao Baci, they nearly complete each other’s sentences. But here’s the thing, Hester, a hair stylist and owner of Red Beauty Lounge in Little Rock, and Reeves Dean, a marketing and advertising guru, are completely different, at least on the surface.

“We have a lot in common, but our skill sets and personalities are very different,” says Reeves Dean.

Emily is a self-professed introvert, quiet in large groups, but ready to open up at our table of three. Amy, on the other hand, is the outgoing, chatty one, but on this night, she yields much of the conversation to her cohort. It is a beautiful friendship to see up close, and one I imagine has only grown stronger over the past two years with the development of their podcast, Conversations Cocktails + Connections.

“We had talked about doing it for many years,” says Reeves Dean.

Then in May 2020, with a global pandemic in full force and a little extra time on their hands, the friends pulled the trigger on the venture. More than 160 episodes later, the podcast is as strong as ever. The duo cranks out two, hour-long episodes each week, no small feat when you consider the time and effort it takes to generate that amount of content.

“I spend about 15 hours a week on the podcast between editing, creating all of the graphic content, and getting it posted. That’s the hardest part for me because I do have a full-time job,” says Reeves Dean. “I feel a real sense of pride in what we put out. Listen, generating content is hard. To put out two hours of it each week does not sound like a lot, but that two hours is 15 to 20 hours behind the scenes.”

While Reeves Dean focuses on all the technical, behind-the-scenes work, Hester is responsible for booking each guest, a well-organized process that entails each prospective interviewee filling out a detailed online questionnaire. Although Hester loves having old friends on the show, she also loves the excitement of booking new guests.

“I geek out when I get someone I don’t know,” says Hester. “It’s so awesome to meet someone new.”

The Tuesday show features an interview with a guest, while the Saturday “Happy Hour” episode is the two by themselves, just gabbing it up about anything and everything going on in their worlds. At the center of it all is great conversations, and, like the name suggests, a featured cocktail that Reeves Dean makes during the show. They both love a good Old Fashioned, as evident by their latest side project of finding which restaurant in the Little Rock area makes the best one. The two also embrace the challenge of trying and creating new-to-them spirits and concoctions, but at the heart of it all is great conversation and establishing those impactful connections. 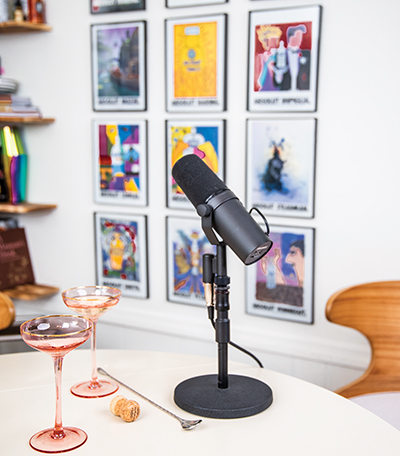 “It’s really about exploring curiosities,” says Reeves Dean. “We talk to people who we are interested in learning from because we both have a strong interest in continued education in all aspects of life.”

Featured guests come from varying industries, from politicians to restaurant owners to authors to local news anchors. Past guests include Heather Smith of Domestic Domestic, Little Rock City Director Antwan Phillips, Paul Perroni of The Pizzeria, Phil Brandon of Rock Town Distillery, Amanda Jaeger of THV-Channel 11, Hilary Hunt of KARK-Channel 4, and Chris Kent of The Argenta Downtown Council, just to name a few. Each interview is professional and informative, but with a good dose of the co-hosts’ laid-back, engaging personalities.

“I want each interview to be fun,” Hester says. “I want it to be funny. I don’t care if we embarrass ourselves.”

Over the past year and a half, the podcast has evolved quite a bit, going from a virtual-only experience to face-to-face interactions inside a formal studio. The 150-square-foot space inside a Heights neighborhood office building is quite small but provides the perfect setting, one that often surprises new guests upon entry. That is thanks in large part to the technological equipment it takes to pull off a proper podcast. Reeves Dean is savvy in this department. When they were running the show from home, setting up and breaking down computers and cameras each week proved to be too time-consuming.

“That’s why we ended up getting a studio,” says Reeves Dean.

Although the studio ended up being a total game-changer for the podcast, Reeves Dean was initially a little hesitant about the idea of having to pay rent for a passion project. That’s when Hester, the yin to her yang, stepped in and pushed for it. 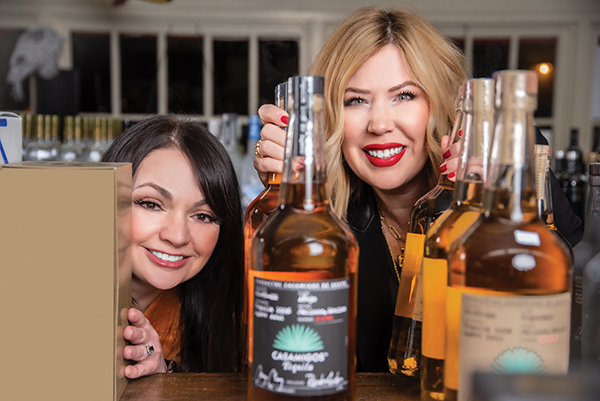 “I always pull back, and she always dreams big,” says Reeves Dean.

The show is now a professional, real deal operation. However, the two ladies never lose sight of its importance on their friendship.

“I just love hanging out with my friend, and the podcast allows me to do that even more,” Hester says. Reeves Dean nods her head in agreement, and is quick to point out all the twists and turns this still new adventure continues to take. That includes acknowledging some of the unforeseen challenges with hosting a podcast, like a bit of stage fright for certain guests.

“There are a lot of people who are not comfortable with being on camera or being on microphone. Even though they know they are coming to a podcast, they do not always think about that. You do assume everybody is going to do this comfortably, but that is not always the case,” Reeves Dean says. She smirks, “Booze often helps.”

Yes, it does. Here’s a toast to future success for Amy Hester and Emily Reeves Dean as they continue to connect our community — one interview and cocktail at a time.